Jerry DiPoto has been wheeling and dealing to the tune of 11 trades already this offseason.

With the exception of the Outfield not possessing not much power (but a ton of speed that could round out the bottom of the order with SB), and the First Base position being manned by unproven commodities, the rest of the roster is pretty solid.

While I still feel they should upgrade at 1B or another OF (Guys such as Mark Trumbo, Chris Carter or Mike Napoli) this team should have enough offense to compete in the American League.

With acquiring Yovani Gallardo and Drew Smyly in the last week, the club has added depth = and have the best 1 – 5 rotation in the AL West now.

I believe that James Paxton may also see a breakout season similar to what Danny Duffy did for the Kansas City Royals in 2916.  The LHP can reach 98 – 99 MPH on his fastball, and he has great movement.

The Relief Core has also been added to with great numbers.  Seattle’s brass has definitely robbed the Minor League System, yet this is the window of winning.

Houston deserves to be slightly favored in the AL West with the rosters as currently constructed – however if the Mariners pick up another big bat then I would give the nod to them as the Division favorite. END_OF_DOCUMENT_TOKEN_TO_BE_REPLACED 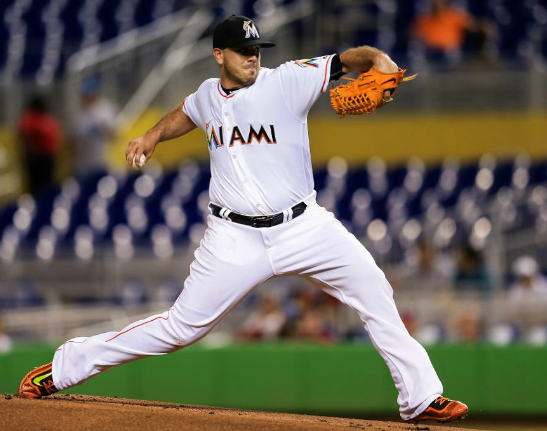 Jose Fernandez struck out 12 Nationals over 8 innings of 3 hit shutout ball and earned the 1-0 decision for Miami.

Matt Boyd allowed only 1 run and 3 hits over 8 frames and led the Tigers to an 8-1 beating of Minnesota.

Odubel Herrera went 3 for 4 with a homer, 3 RBI and 2 stolen bases to help the Phillies edge the White Sox, 7-6.

Edwin Encarnacion homered and doubled, driving in 3 as the Blue Jays clobbered the Mariners, 10-2.

END_OF_DOCUMENT_TOKEN_TO_BE_REPLACED

P- Carlos Martinez (vs. Milwaukee Brewers): $10,300. Carlos Martinez has been an incredibly reliable option in daily fantasy throughout the 2016 season. Over his last three starts, C-Mart has a 2-0 record, 2.14 ERA, and 16 strikeouts in 21 innings pitched. He has won both of his starts against the Brewers this season, allowing one run on nine hits in 13 innings pitched.

P- Matt Boyd (vs. Chicago White Sox): $6,700. Boyd has been really good since joining the starting rotation. He is now 5-0, with a 2.38 ERA in eight starts. Over his last three starts, he has a 2-0 record, 1.89 ERA, and 14 strikeouts in 19 innings pitched. If he can pitch like he has been recently, I don’t think the Chicago White Sox offense can touch him. 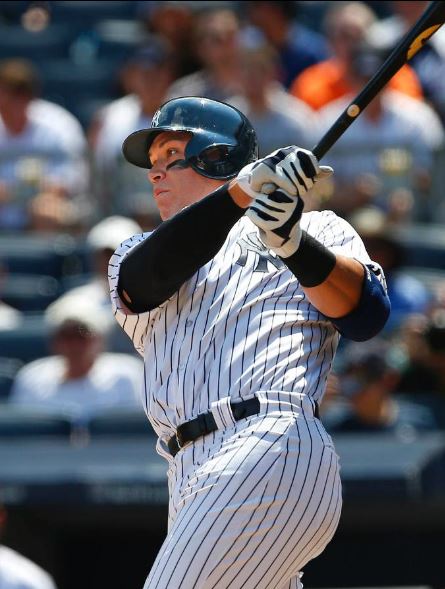 Aaron Judge homered in his first ever big league at bat, added another hit and a fine running catch to make quite a first impression leading the Yankees to an 8-4 victory over Tampa Bay.

Matt Boyd did not allow a run in his 7 innings of 2 hit domination of the Rangers and got the 2-0 victory for Detroit.

Joey Votto started the scoring with an RBI single. He would finish with 4 hits, including a double and a pair of runs batted in as Cincinnati clubbed Milwaukee, 11-5.

Madison Bumgarner threw 7 shutout innings, striking out 8 Orioles and earning the 6-2 decision for the Giants.

In Memoriam Video For all baseball family who have passed since 2015 ASG.

END_OF_DOCUMENT_TOKEN_TO_BE_REPLACED 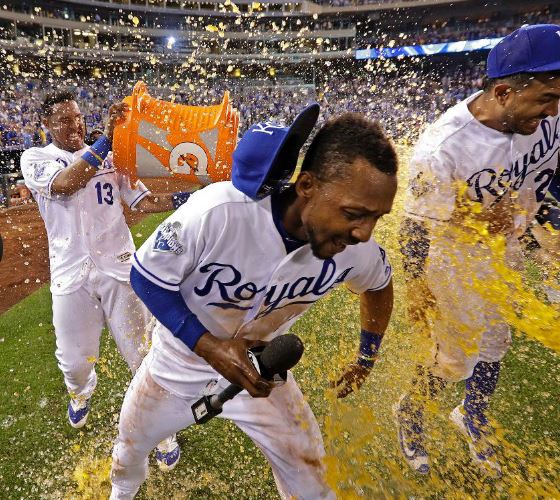 Jarrod Dyson reached base 3 times and hit a critical grand slam in the Royals 7-3 defeat of the Indians.

Jedd Gyorko reached base 4 times, homered and helped the Cardinals slug the Padres 10-2.

Jose Fernandez struck out 14 Phillies in 6 1/3 innings, giving up 4 hits and 2 runs. He would not factor in the decision but helped set up the 3-2 Marlins win.

In Memoriam Video For all baseball family who have passed since 2015 ASG.

END_OF_DOCUMENT_TOKEN_TO_BE_REPLACED 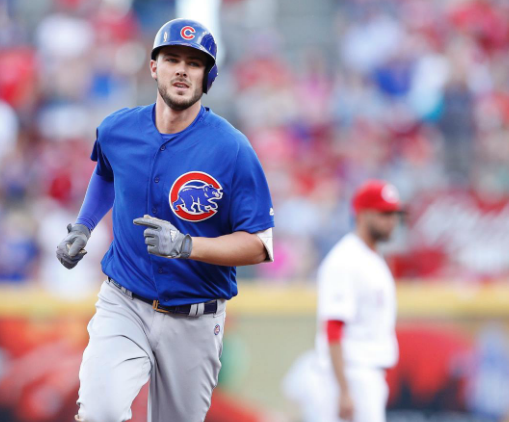 Kris Bryant went 5 for 5 with 3 homers, driving in 6 and scoring 4 to lead the Cubs in a wild 11-8 slugfest in Cincinnati.

Jon Gray struck out 8 Blue Jays over 7 innings, walking none and worked around a pair of homers to get the 9-5 victory for Colorado.

Nick Franklin singled, doubled and homered, driving in 5 runs as the Rays snapped their losing streak, 13-7 over Boston.

Danny Duffy pitched 8 innings, allowing 2 runs, walking none and struck out 8 Cardinals batters to earn the 6-2 decision for the Royals.

END_OF_DOCUMENT_TOKEN_TO_BE_REPLACED 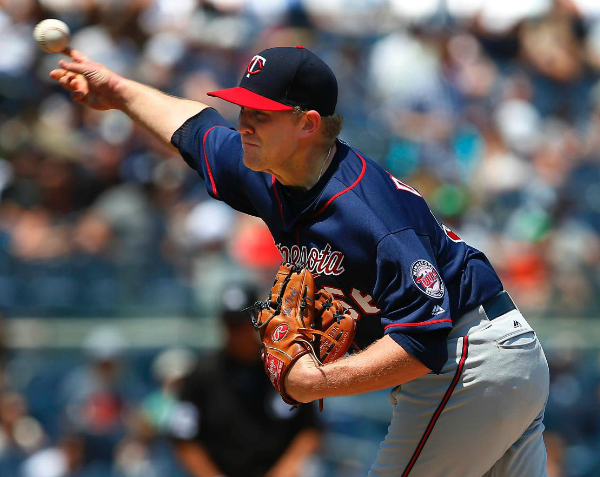 Tyler Duffey did not allow a hit until the 6th and finished with 8 innings, 2 hits, 8 strikeouts and 1 run as the Twins clobbered the Yankees, 7-1.

Jose Fernandez struck out 13 Cubs and allowed just 4 hits and 1 run to earn the 6-1 decision for the red hot Marlins.

Lonnie Chisenhall collected 9 total bases with his 4 hits, including a homer and 3 RBI as the Indians continued to roll, 9-3, in Detroit.

Freddie Freeman reached base 4 times, including a homer and a pair of runs scored in the Braves 5-2 victory over the Mets.

END_OF_DOCUMENT_TOKEN_TO_BE_REPLACED 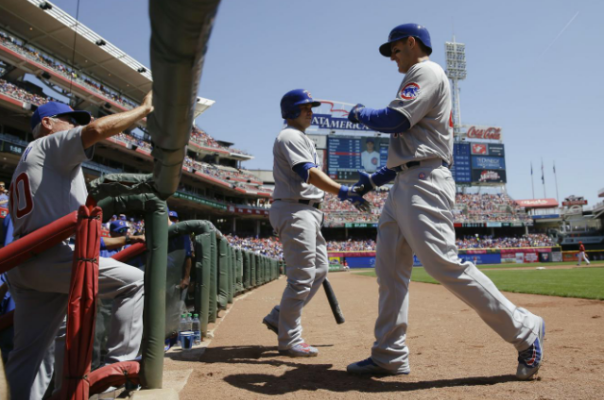 Anthony Rizzo hit a pair of homers, driving in four and led the Cubs to a 9-0 drubbing of the Reds.

Steven Souza Jr. homered twice and drove in three to help the Rays pound the Yankees, 8-1.

Stephen Strasburg pitched into the 8th, striking out 10 Twins batters in 7 1/3 innings. He would not get the decision but the Nationals took the wild and sometimes surreal 16 inning marathon, 6-5.

END_OF_DOCUMENT_TOKEN_TO_BE_REPLACED

Detroit is rapidly aging with their core and they have added even more guys to the fold over this winter with Jordan Zimmermann and Francisco Rodriguez both 30 or over. This club may have opened up another 1 – 2 year winning window here – but will pay a steep financial price for it. The club is around $175 MIL already for total team salary and are right near the MLB Luxury Tax Threshold of $189 MIL.

The Tigers are on the cusp of chasing that $189 MIL Luxury Tax Threshold they way they are spending money freely.  They have 3 of the top 15 contracts in MLB history – with  Jordan Zimmermann just outside the bar with his new 5 YRs/$110 MIL deal.

It has been a decade worth of competitive baseball – with the outlier being the last season where they finished under .500.

Detroit should be right around $171 MIL after the Arbitration contracts are finished this winter.  This must be where the budget ends for the franchise.

The Tigers are still paying Prince Fielder $30 MIL over the next 6 years – spread out evenly, and this year they have the pleasure of kicking Joe Nathan another $1 MIL not to play for them.

Miguel Cabrera and Justin Verlander both earn $28 MIL in the upcoming season – while Victor Martinez and Jordan Zimmermann both will make $18 MIL each.  Ian Kinsler and Anibal Sanchez round out the 8 figure players.

The Motown Boys also facilitated trades to bring in OF Cameron Maybin and Closer Francisco Rodriguez that will add some money to the bottom line in 2016.

Cabrera is just starting his huge 8 Years/$248 MIL pact – while Justin Verlander still has 4 years and a total of $112 MIL left on the books.

If all of the options are picked up on this team, the whole Roster could be back for the 2017 as well.  This may be a good or bad thing. END_OF_DOCUMENT_TOKEN_TO_BE_REPLACED