24/7 Baseball News, Updates and Analysis.  If Baseball is your passion, MLB Reports is for you! 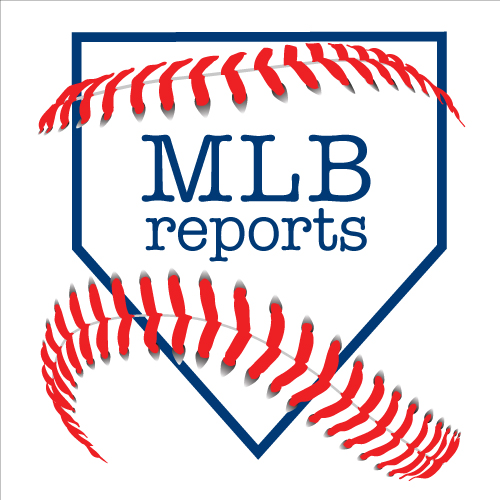 Home Of Sully Baseball + #WOB, #SullyMetrics, Baseball Analysis (Audio + Written, Roster Trees, Salaries, Org. Depth Charts,+ State Of The Unions + Stats + Wicked Daily Content,) + the best coverage on the 2014 MLB schedule in the world.) We are not your average “Cookie Cutter” Website. Also our motto is “THE TRUTH STINGS LIKE A CATCUS!”

The MLB Reports was founded in 2011 by Jonathan Hacohen.

Over 2000 people have contributed on our website and we have blogged over 5300 posts now – and we are well into the Millions of views.  Sully has the most posts in contributing over 1360 podcasts with us.

We have a heavy focus on MLB Daily Fantasy Sports for DraftKings and Fanduel – plus Gambling Futures in General.  We are pioneers in the “Rigging MLB DFS Formula Strategy.”

In addition to this, we are #1 on Google Search Page engines for MLB Interleague.

We love the history of the game, Tommy John Surgery, the lighter side of characters in baseball, and we are big on social media too.

Thanks to all that have found their way to our site.

Remember that sometimes “the truth stings like a cactus!”

I also have created my own dedicated page at the Reports that will focus solely on road trips such as this by extreme ballpark chasers, for more info click here.

I am also a baseball historian/author and have written a book on the traveling to all 30 MLB Parks, you can see a preview right here.

I usually write the Payrolls and Contractual Status for all teams moving forward. Be sure to check my historical archived articles page here.  Or to see all of my archived Pieces here.

Mission Statement:   I am aiming this website to be a magazine styled format in which passionate writers may express themselves in thought provoking articles that will really resonate with our readers.

We look to social media in continuing the interaction with our fans.  We are part of the Facebook and Twitter Movement.

As I like to say, “‘we are not your cookie cutter'” website and we will always strive to maintain our original hard hitting content that will separate us from the other places that cover baseball.

Our motto is:  The Truth Stings Like a Cactus!

You can reach me anytime on Twitter on the MLB Reports Twitter Handle Follow @mlbreports  You can also e-mail me your comments and questions at mlbreports@gmail.com

He has performed stand up comedy all across the United States and appeared on the TV show “Monk.” He is currently a producer for Wild Eyes Productions in Los Angeles. Sully has previously produced such shows as”Axe Men”, “The Daily Show with Jon Stewart” and “The Bonnie Hunt Show.”

He received an Emmy nomination for his work on San Francisco public television. An award-winning filmmaker, he directed the feature film “I’ll Believe You” as well as many short films including “Sergi” as featured on PBS’ “Independent Lens.”

Sully’s personal blog is here He has been a contributing baseball writer for USA Today, Baseball Digest, The Hardball Times and Time Out New York. His videos can be found on the Sully Baseball channel on YouTube.

Sully has done a daily 20 minute podcast for every single day since Oct.24/2012.

Hunter grew up in Lynchburg, Virginia and played baseball with Sheldon Bream (Sid Bream‘s son) at Liberty University in the NCAA.

His favorite player is Brian Wilson (how could you guess?), and he hates when people can’t think outside the box!

His favorite expression – is ‘drive that one out that out and you have 110 LBS worth of crap in a 100 pound sack!

Has won over 6 figures in contests since 2008, using the “Rigged Formula.”

Hunter is a former ‘professional sports handicapper’, who has a sharp eye for gambling odds, and baseball futures.   In 2016, with Chuck Booth finally giving the okay, Hunter is posting DFS Articles for the site, and broadening his range as one of the top sharps in the game.

Trey Rose joined the BBBA in 2016, and soon starting writing awesome Daily Fantasy articles over there, so we brought him aboard the MLB Reports Author Team.  It wasn’t too long before he made a reputation as a ‘Fantasy Baseball’ expert with us.  We have since had him become our Lead Baseball Analyst, as he knows the old game of baseball well, and is an aspiring to work eventually for a Major League Baseball Team’s Front Office.

He is a graduate of the Virginia Military Institute in May of 2016. He is the founder and writer for his blog called dynasty digest (dynastydigest.sportsblog.com). He is also a contributor for RotoBallers. He has been featured on many sites including MLB Trade Rumors, Crawford Boxes, and MLB Reports. Trey played baseball up until his freshman year of college at VMI, but they quit after his 7th knee surgery and decided to pursue a career in finance while continuing his passion for baseball by writing on a regular basis. His favorite team is the Houston Astros. You can follow him on Twitter Follow @dynasty_digest

Jordan is an aspiring future GM in baseball and has a heavy knowledge in day to day Baseball Operations of all teams in the MLB.

He writes all of our top MLB Prospects, has extensive draft coverage, and also has his hands on when it comes to Free Agents.

Jordan is attending University in Minneapolis and was given part ownership of the MLB Reports in 2014.

Okay, you caught him red handed.  This is Chuck’s AKA writer name.  This charts the handicap formulas he has been working on for almost 25 years.  But ‘Hugh Hawkins’ will occasionally be appearing in posts about Gambling himself.  There is a 2nd novel coming soon about how to rig free contests on betting sites.)