A Early Look at Future Hall of Fame Candidates

Craig Biggio finally got his “call to the hall” and should set an example for players who didn’t get that call on their first try. Other notable players are still on the ballot, and should receive legitimate consideration for induction in the future.

Now that the official results have been released, we can now take a look at not only some of the guys who will return on the ballot in the upcoming years, but also some future eligible players who present a very interesting case for their enshrinement into the Hall of Fame.

Mike Piazza just came up about 5% short on votes in 2015. Come 2016, Piazza should make a legitimate case to increase his vote total to be enshrined into Cooperstown.

Notable Players Returning to the Ballot in 2016

This year’s Hall of Fame ballot featured numerous players that definitely made a bold case to be inducted into Cooperstown during their careers. Unfortunately, the writers are limited as to how many players they can vote for on each ballot (only 10 per writer), so it might take a few years for some of these talented individuals to finally get the 75% of the vote needed to be inducted into the hall. Here are some of the players who have a legitimate chance to be inducted in 2016.

Mike Piazza (69.9% of the vote in 2015)- Piazza saw a 7.7% increase in his vote total on his third Hall of Fame ballot, but ultimately still came up short of the 75% needed to get in. With some of the big names coming off the ballot, Piazza should make a strong case to be inducted in 2016, as his vote total should continue to increase until he ultimately gets in.

Jeff Bagwell (55.7% of the vote in 2015)- Bagwell only saw a small increase in vote total, but still finished sixth on a ballot that was loaded with star-studded talent. The question that many writers still have in regards to Bagwell is whether or not he had connections to steroids, but there’s no clear-cut evidence against him, which should ultimately help him continue to increase in votes in the future.

Ken Griffey Jr. will definitely be a Hall of Famer. If it wasn’t for injuries, Griffey Jr. might have been considered the greatest hitter to ever play the game, as he most likely would have challenged the all-time HR record

Ken Griffey Jr. – Ken Griffey Jr. might arguably be considered the best hitter of all-time if injuries didn’t halt his tremendous career. Finishing with 609 HRs, 13 All-Star game appearances, 10 Gold Glove Awards and other numerous accomplishments, “The Kid” is definitely a first-ballot Hall of Famer and should be inducted into Cooperstown in 2016.

Trevor Hoffman–   Having finished his 18 seasons with 601 saves (which was the most all-time at the time of his retirement), Hoffman looked as if he secured his spot in the Hall of Fame. With other relievers having difficulty getting the necessary vote totals (such as Goose Gossage), Hoffman might not be a first-ballot Hall of Famer, especially because his saves record was broken by Mariano Rivera. Hoffman will eventually be a Hall of Famer, but the question remains as to whether the voters will vote him in right away.

Manny Ramirez’s career numbers are definitely Hall of Fame worthy, but his connection to steroids might ultimately hurt his chances at being enshrined into Cooperstown.

Manny Ramirez–  The 2017 first-ballot candidates are very interesting, and the talk will definitely surround Manny Ramirez. Ramirez had an outstanding 19-year career with the Indians, Red Sox, Dodgers, White Sox and Rays, as he posted a career .312 batting average with 555 HRs. The 12-time All Star would be a sure-fire Hall of Famer, but the ties to steroids has hurt other players in the voting ballot (see Clemens and Bonds), and most likely will hurt Manny’s chances as well.

Ivan Rodriguez–  “Pudge” was not only one of the best catchers of his era, but also of all-time. During his 21-year career, Rodriguez appeared in 2427 games as a catcher, which is the most in MLB history. The 13-time Gold Glove Award winner and 14-time All Star definitely has earned a spot in Cooperstown, and should get a lot of consideration early on in the ballot process.

Vladimir Guerrero–  “Vladdy” was one of the overall best players in his era throughout his 16-year career. A career .318 hitter with 449 HRs, Guerrero was always caught the attention of many people when he was on the field, as his laser-type arm in the outfield and powerful swing that connected on almost any pitch (even ones in the dirt) at the plate really added that “wow” factor to his game.

Jim Thome’s 612 HRs should be plenty to get him into the Hall of Fame, and his professionalism and the way he handled himself on and off the field should also help him add votes in 2018.

Jim Thome– Throughout his career, Jim Thome truly was one of the undervalued power hitters of his era. In a time where the Steroid Era took control, Thome continued to go about the game in the right way, blasting 612 HRs throughout his 22-year career. Thome should get enough votes to get in on his first ballot, but could face some trouble if the writers factor in that he was mostly a DH for the back-end of his career.

Omar Vizquel–When it comes to playing defense, there aren’t many players in the history of baseball that played shortstop better then Vizquel. Throughout his 24-year career, Vizquel quietly got the job done with the bat as well, as he totaled 2,877 career hits. As other shortstops have had trouble receiving votes in the past (Alan Trammel and Barry Larkin to name a few), don’t expect Vizquel to get in right away, but he should have a seat in Cooperstown eventually.

Chipper Jones– A major reason why the Braves were successful in the late 1990s- 2000 period was because of Chipper Jones. The eight-time All Star and MVP Award winner in 1999 was a main reason why the Braves made some great playoff runs, as his professionalism and consistency at the plate were some of the reasons why Braves fans grew to love their long-time third baseman.

In 2019, Mariano Rivera should be the leading vote getter on the Hall of Fame Ballot. Rivera is the all-time saves leader, and was a main component of five Yankees championship teams

Mariano Rivera- In 2019, “The Sandman” should be entered into the Baseball Hall of Fame. Rivera was dominant throughout his 19-year career with the Yankees, as he was one of the main pieces to five World Series championship teams. Rivera is about as sure of a first-ballot Hall of Famer as we will see.

Roy Halladay–  “Doc” will always be remembered as one of the best pitchers during his era. Even though his career numbers aren’t up to the normal standard that we are used to seeing, Halladay definitely deserves consideration from the writers, as his accolades and accomplishments should help him gain some votes.

Derek Jeter not only is one of the best Yankees of all-time, but is also one of the greatest player to ever play the same. He should be honored in Cooperstown in 2020 after his first year on the ballot

Derek Jeter– After just honoring Jeter throughout the 2015 season for the final time in his illustrious career, there’s not a doubt in anyone’s mind that Jeter will be honored in Cooperstown in 2020 when he becomes eligible for induction for the first time. The numbers speak for themselves, as Jeter not only ranks as one of the best Yankees ever, but also as one of the greatest to ever play the game.

Paul Konerko– Konerko will present an interesting case for the writers, as he slugged 439 career HRs throughout his 18-year career. It’s hard to see Konerko as a first-ballot Hall of Famer, but it is very possible that he has an opportunity to get in the hall, but it probably will take a few years on the ballot for him to do so.

This year, the writers did an excellent job enshrining four well-deserving players into the Hall. It will be interesting to see how this year’s vote impacts future ballots.

The Future of the Hall of Fame Ballot

As a credit to the BBWAA writers, they did an excellent job in voting in four well-deserving players into the Hall of Fame. As discussions are constantly brewing about this topic with regards to changes in the ballot style and also what to do with the “Steroid Era” guys, the BBWAA continues to try and put the very best players in that truly exemplify what the Hall of Fame is about.

As the future first-ballot candidates and guys who still haven’t received their call are mixed into future ballots, it will be interesting to see which players ultimately get their call. One thing is definitely for sure: there will be a lot to talk about in regards to future Hall of Fame voting.

A big thanks goes out to our Featured Writer Nicholas Delahanty for preparing today’s featured article. Nicholas is a current student at Felician College, studying Broadcast Journalism with a minor in English.

He served as the Broadcast and Media Relations Intern for the New Jersey Jackals in 2013, and currently serves as the Assistant Media Director for the team. He also hosts a radio show on WRFC Felician College Radio Station called ‘Around the Bases.’ 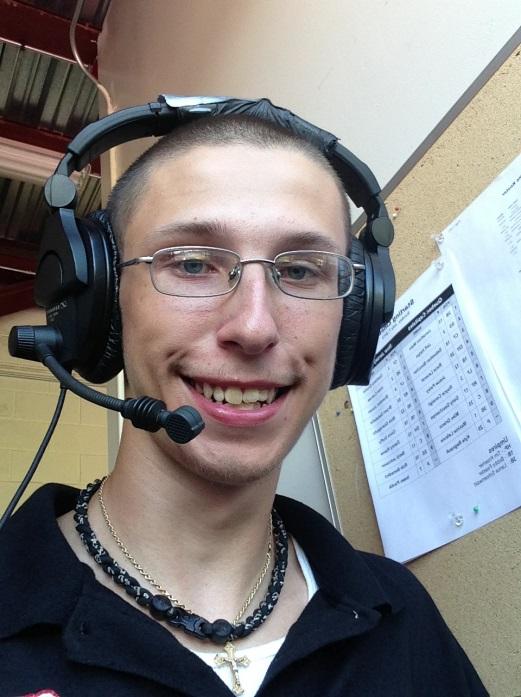 A Garfield, New Jersey native, Nick Delahanty is an avid sports fan who has a variety of journalism and broadcasting experience. Delahanty is currently a writer for Bronx Pinstripes (a YES Network affiliate) and a contributor for Keeping It Heel. As a podcaster, Delahanty is the host of the Pinstripe Talk Podcast and is a co-host of the Let's Debate Podcast. Email: delahantynick@gmail.com
View all posts by nickdelahanty »