← White Sox Off To A Good Start
2 And A Hook Podcast – Episode #2: The Yankees, Injured Players And Early Year Schedules →

“Who Owns Baseball?” An explanation for a subjective title.

Just how far can Bryce Harper improve during his 2nd season? If he can improve by about 15 % might we see a 30 HR/ 30 SB, year with around 120 Runs Scored and 80 Extra Base Hits? This would vault the 20 Year Old LF into MVP consideration. He hit 2 HRs on Opening Day – and is crushing regular hits as well.  Harper is 6 – 12 with 2 HRs and 3 RBI through 3 games.  The Nats swept the Marlins in 3 straight.

On my podcast, The Sully Baseball Daily Podcast (available on iTunes), I have been keeping track of a title of my creation. It is the title of “Who Owns Baseball?” for a given day.

Essentially it is the star of the day, with an American League and National League hitter and pitcher being honored. Its origin stems from the Opening Day heroics of Bryce Harper and Clayton Kershaw. I wrote on Twitter that they “owned baseball today.”

And I thought why not keep track of that? Why not follow an entire season, as I am going to do anyway, and declare a pitcher and a hitter from each league as the “Owners of Baseball.” 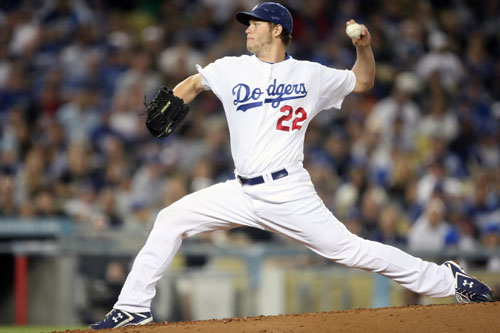 Kershaw was virtually unhittable in the 1st game of the year, allowing 4 hits, 0 Walks and Striking out 7 in his Complete Game Shutout. He faced just 30 Batters in his start. Kershaw became the 1st pitcher since Bob Lemon to throw a Shutout and hit a HR as a Starting Pitcher on Opening Day.

Sure, I could just say “The Player and Pitcher of the Day”. But I enjoy the lofty title. It reminded me of Keith Olbermann’s “Worst Person in the World” moniker.

What are the criteria for the title? Anyone expecting an advanced mathematic formula will be disappointed. Anyone who thinks it simply rewards the most dramatic moments will be let down as well. The season’s lone walk off home run, a blast by Tampa Bay’s Matt Joyce, did not earn the title.

Instead it is a combination of numbers and drama. It is a meeting point of hard stats and emotions. And in the end, it is my call.

The April 3rd marathon between the St. Louis Cardinals and the Arizona Diamondbacks that last 16 innings had a seemingly obvious emotional recipient. Cliff Pennington‘s third hit of the day was a walk off RBI single.

But Gerardo Parra came within a double of the cycle. And when he came to bat in the 12th inning, a double would have given him the cycle and the game ending hit.

Instead he was called to bunt and did so perfectly.

It is a subjective metric. It relies on my analysis. If you do not agree with me, you are welcome to do your own version of this (similar to the two versions of WAR.)

But at the end of the season, it will be interesting to see if the eventual MVP and Cy Young winner would have been the one who owned the most days.

Here is the tally, in alphabetical order, through the games played on April 3rd. Each of these players can say “For at least one day, I owned baseball.” 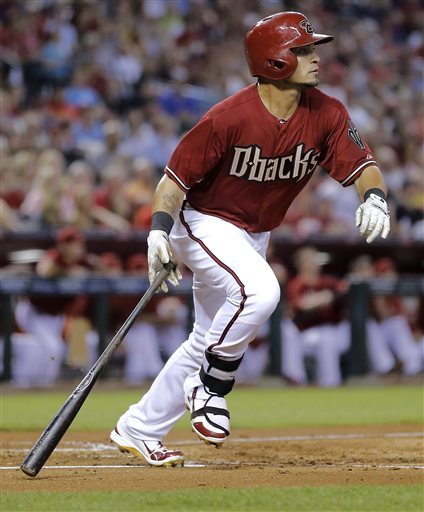 Parra has pasted 5 Extra Bases in the 1st 3 game series of the Dbacks and Cardinals – including 3 Doubles, 1 Triple and 1 Home Run. Listed as the #4 Outfielder to start the year, he has enjoyed the playing time while Adam Eaton and Cody Ross have been injured.

A big thank-you goes out to our Lead Baseball Writer Paul Sullivan. ‘Sully’ has appeared in the HBO Sports documentaries “Curse of the Bambino” and “Reverse the Curse of the Bambino” as well as on ESPN2’s Cold Pizza and NESN’s “Spaceman: A Baseball Odyssey.” He has performed stand up comedy all across the United States and appeared on the TV show “Monk.” He is currently a producer for Wild Eyes Productions in Los Angeles.

Sully has previously produced such shows as”Axe Men”, “The Daily Show with Jon Stewart” and “The Bonnie Hunt Show.” He received an Emmy nomination for his work on San Francisco public television. An award-winning filmmaker, he directed the feature film “I’ll Believe You” as well as many short films including “Sergi” as featured on PBS’ “Independent Lens.” Sully’s personal blog is here

He has been a contributing baseball writer for USA Today, Baseball Digest, The Hardball Times and Time Out New York. His videos can be found on the Sully Baseball channel on YouTube.  You can reach Sully on Twitter here Follow @sullybaseball

← White Sox Off To A Good Start
2 And A Hook Podcast – Episode #2: The Yankees, Injured Players And Early Year Schedules →
Loading Comments...