← Wild Weekend Of Division Series Brings Plenty Of Surprises
The Athletics and Orioles: Staying Alive in the 2012 ALDS →

Keith Hernandez: Is He Hall of Fame Good? 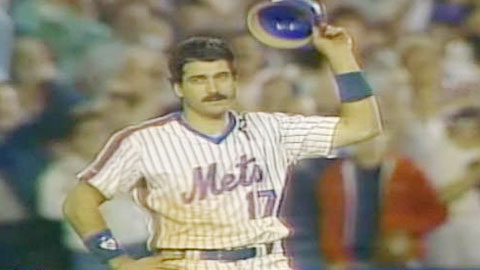 I’ll be honest, when my editor handed me the assignment of posting my thoughts on Keith Hernandez and the Hall of Fame, I initially thought: Was Hernandez ever really a “superstar”?  Aren’t those the kind of players that generally get elected to the Hall of Fame?

Hernandez lasted nine years on the Hall of Fame ballot, peaking in 1998 at 10.8 percent of the votes. He was the 1979 National League Most Valuable Player. Hernandez finished his career with a .296 batting average, was selected to five All-Star games, received two-Silver Slugger Awards, won a record setting 11 Gold Gloves, and is arguably considered the greatest fielding first baseman of all-time.

So why isn’t he in the Hall of Fame?

Well, some might say the offensive power he displayed at first base doesn’t really match up with the lumber jacks of todays typical player associated with the Hall of Fame: 162 home runs, 1071 RBIs, 426 doubles and a .436 SLG. Hernandez never hit more than 18 home runs in any given season over his 17 year career.

Ok, so let’s start with the single biggest hitting stat that has the largest influence on winning baseball games, on base percentage (OBP). Hernandez finished in the top three of his league a whopping seven times in eight years. He batted over .300 seven times, finished with an .820 OPS (on base plus slugging) and a 57.1 WAR. To put it into perspective, that’s a better [WAR] than at least 12 other first baseman elected to the Hall of Fame.

Oh, and his 162 home runs, well that’s almost twice as many as first-ballot, first baseman, Hall of Famer Rod Carew.

Hernandez revolutionized the first base position, finishing in the top three in assists — 12 straight years. Let’s face it- teams were afraid to bunt with Hernandez at the corner. The father of Sabermetrics, Bill James, even devised a stat using Hernandez to separate first baseman in assists from all other positional players.

According to Brian Kenny, of MLB Network’s Club House Confidential, “Bill James found that first baseman could separate themselves by making assists at all bases other than first. James found that Hernandez was making 20-30 more outs per season than the average team. James even named it, The Keith Hernandez Breakthrough“.

The mere fact that Bill James had to develop a stat due to Hernandez’s dominant play at first base, has to be worth some recognition as a Hall of Famer. Heck, he almost had Jerry Seinfeld helping him move!

So what about championships and respect?

In Kostya Kennedy’s SI.com post on January 22, 2009, Kennedy went on to write, “Hernandez transformed the Mets in the 80’s, after that team broke up, four players, Darling, Ojeda, McDowell and Cone — wore Hernandez’s uniform number (17) to honor him”.

What some people [voting writers] have seem to have forgotten, is that there were other infielders with distinguished defensive reputations, like Ozzie Smith and Bill Mazeroski, to name a few, that hit for little power, but were still elected to the Hall of Fame based on their defensive prowess. While Hernandez was not Babe Ruth, he definitely held his own with the bat. But few first basemen in the history of the game could match his glove.

Could Keith Hernandez be the first great defensive first baseman to go on and be elected to the Hall of Fame?

Unfortunately, his biggest obstacle may be the list of top offensive Hall of Fame worthy first baseman that have yet to be elected ahead of him. Hernandez will eventually have his chance again, through the The Expansion Era ballot of the Veterans Committee. Hopefully they will get it right one day and Keith Hernandez will get his plaque finally in Cooperstown. 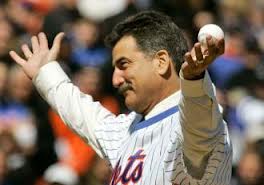 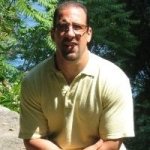 ***Today’s feature was prepared by our Cooperstown Correspondent, Patrick Languzzi. We highly encourage you to leave your comments and feedback at the bottom of the page and share in the discussion with our readers. You can also follow Patrick on Twitter (@PatrickLanguzzi) Also, please feel free to check out Patrick’s grass roots campaign in support of Dwight “Dewey” Evans for the Hall of Fame at: Call to the Hall***

← Wild Weekend Of Division Series Brings Plenty Of Surprises
The Athletics and Orioles: Staying Alive in the 2012 ALDS →
Loading Comments...