Top Base Stealers Projected For The 2013 MLB Baseball Season

Trout must find a way to stay selective at the plate -to keep walking in 2013 – especially if his average dips. He can wreak havoc on the base paths once he makes it there.

Workouts for all teams are in full swing and Spring Training games will start this weekend. Baseball season is here. In the past few weeks, I have projected saves and HR leaders for this upcoming season. In this week’s installment of projections, I will predict the SB leaders for the year (in descending order).

Last year, Trout caught the baseball world by storm after being called up nearly a month after the season started. The young superstar stole 49 bases en route to an MVP-like season. If it were not for Miguel Cabrera winning the Triple Crown, Trout would have been the MVP. The Angels outfielder stole 49 bases in less than a full season. I believe that Trout will steal roughly the same amount of bases due to the Angels’ acquisition of Josh Hamilton. The Angels will want Trout in scoring position as much as possible. This year, there is no way the Angels will not make the playoffs with Trout, Hamilton, and Albert Pujols.

Micheal Bourn has steadily improved his offensive game over the last few years and his speed is still great. He is a guy who is also a top 5 AL Lead Off hitter for the Indians.

Michael Bourn is no stranger to a list like this, stealing no less than 20 bases since 2007. Bourn’s career high in SBs is 61 (he did this twice, once in 2009 and again in 2011). He stole 42 bases last year, so I do not see him breaking his record this year unless the Indians have a special plan for him. Bourn will turn 30 this year, so we are still looking at a few years of productive base stealing from this speedy outfielder.

The Yankees have something special in Gardner base stealing-wise. The only issue with this outfielder is his health. He has played in only two full seasons, but in those seasons he has stolen 47 and 49 bases. If Gardner can manage to stay healthy this year, the Yankees will be in good shape in terms of RISP, and should put up a good fight against the Blue Jays, Red Sox, and Orioles for the AL East.

This Padres Shortstop has not quite made a name for himself yet. Last year, he stole 44 bases. This year I see him stealing roughly the same. Cabrera plays in the same division as Giants Catcher Buster Posey, so stealing on the Giants might be tough. The Padres will be pressed to be successful in the powerful NL West, but Cabrera will be exciting to watch. 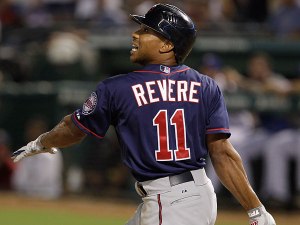 Ben Revere would be best suited to hit in the 2 slot behind Jimmy Rollins this year, as he makes great contact (1 SO/Per 10.7 PA) , yet he doesn’t walk much. This will affect his SB Attempts more than the others.

Revere is already a known base stealer, stealing 40 bags last year with the Twins. The Phillies got him as a replacement for Shane Victorino, so there is no doubt that one of the main reasons that he is on the Phillies is strictly to steal bases. Revere will definitely get enough opportunities to steal upwards of 40, so if he exceeds my prediction of 39 I will not be surprised.

The former Marlins utility man stole 30 last year in a season plagued by injury, so swiping 36 this season should not be a problem. The only thing that could stop Bonifacio from getting 36 is a lack of playing time. The Blue Jays signed Maicer Izturis to play second base and Jose Reyes came along with Bonifacio in the trade to play shortstop, so Bonifacio might be a late-inning pinch runner or defensive replacement.

Emilio Bonifacio struggled through injuries in 2012, yet still stole 30 bases in only 244 AB. The team will need him to try to repeat his 2011 numbers where he was a .296 hitter with a OBP of .329. If he can’t stay healthy for the Jays, the trade will not look as favorable.

Today’s feature was prepared by our Baseball Writer Bernie Olshansky. We highly encourage you to leave your comments and feedback at the bottom of the page and share in the discussion with our readers. You can also follow Bernie on Twitter. Follow @BernieOlshansky