CC Sabathia won his 250th decision in his career, striking out 7 Rays in 6 innings, allowing 1 run and 3 hit for the Yankees 12-1 win.

Max Scherzer ignored his broken nose to throw 7 shutout innings, striking out 10 to help the Nationals blank the Phillies 2-0 for a double header sweep.

Chris Taylor went 3 for 4 with a pair of homers and 4 RBI as the Dodgers pounded the Giants, 9-2.

Jake Arrieta held the Nationals to 2 hits and 1 run over 6 strong innings. But the Phillies were shutout, 2-0.

Gerrit Cole struck out 8 Reds in 6 innings, allowing 1 run. The Astros bullpen would meltdown in the 9th and drop the 3-2 final.

Ryan Braun reached base 3 times, including a homer, knocking in 3, but the Brewers came up short in San Diego, 8-7.

Rowdy Tellez hit 2 homers, driving in 4, but the Blue Jays dropped the 11-6 game to the Angels.

END_OF_DOCUMENT_TOKEN_TO_BE_REPLACED 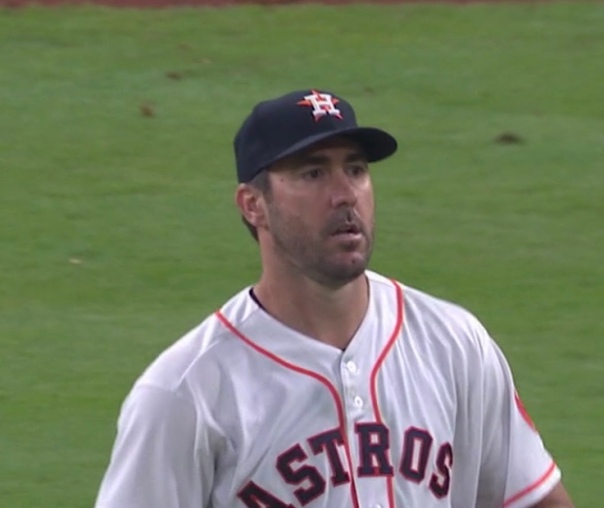 Brian Anderson homered and doubled, driving in 2 to help the Marlins to a rare victory, 5-4 over Detroit.

Justin Verlander took a no hitter into the 7th inning, finishing with 1 hit 1 run and 1 walk while striking out 12 White Sox in 8 innings as Houston cruised to a 5-1 final.

Trevor Cahill held the Twins to 2 hits and 1 run while striking out 5 in 5 innings. The Angels bullpen collapsed in their 8-3 defeat.

Zack Greinke reached the 2,500 career strikeout milestone by pitching 7 innings giving up 4 hits and 3 runs while fanning 5 Padres. But he was the hard luck loser as Arizona fell short, 3-2.

Juan Soto homered and hit a game tying RBI double in the 8th. The Nationals watched the Mets walk off 6-5 victors.

Mike Trout reached base twice, including a homer, but the Angels lost to the Twins, 8-3.

END_OF_DOCUMENT_TOKEN_TO_BE_REPLACED

Nick Markakis went 4 for 5 with a double and a pair of RBI to lead the Braves to a wild 7-6 extra inning victory in Arizona.

Francisco Lindor homered twice and singled twice, driving in 4, leading the Indians closer to another Division Title with a 9-4 final over Toronto.

Anibal Sanchez struck out 8 Diamondbacks in 5 innings in the 7-6 win for the Braves.

Shane Bieber pitched into the 7th, allowing 3 earned runs in 6 1/3 innings and earned the 9-4 decision for the Indians over Toronto.

They all owned baseball on September 6, 2018

END_OF_DOCUMENT_TOKEN_TO_BE_REPLACED

Below you can find my analysis for the prospects ranked between 41-50 for the 2016 midseason top prospect list. If you want to see the full top 100 list, please visit the following link: SEE THE TOP 100 PROSPECT RANKINGS. I will be posting daily analysis of every player listed in the top 100, so please follow my blog and other social media for updates.