In a vacuum, the Derek Jeter – Gatorade commercial was great. It is just getting to be a little bit of overkill!

Plus, Mike Scioscia can put any lineup on the field he wants. His team clinched. He owes no team a playoff spot but his own.

It is a doing it MYYYYYY WAAAAAAAAY episode of The Sully Baseball Daily Podcast.

END_OF_DOCUMENT_TOKEN_TO_BE_REPLACED

MLB Baseball Is A Great Value Live At The Park 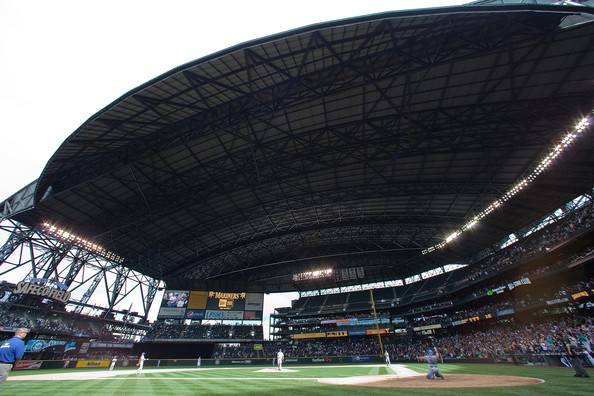 Safeco Field is among the very top valued parks in the MLB. A pair of tickets can be had for $35 – $40 at the most, and there are an unbelievable amount of free parking spots within a mile of the venue. The pricing for the 2014 Post Season is decent as well for those with season ticket holder status. $40 for face valued tickets (LF Bleachers) during the LDS round. That goes to $85 during the ALCS – and only $120 per ticket for the World Series games. I can’t even buy a ‘Standing Room Only’ Ticket for my local NHL Hockey team. to see the worst team in the league for that much!

Stop me if you heard this before…Baseball is dying..  Come on folks, the actual facts don’t suggest that at all.  Sure if you are going back to the day when there were 3 networks on TV, and that is it.

I am going to let you in on a little secret here.  Back in 2004, I was once a NHL hockey fan.  Yeah, let the stereotype stand for living north of the border, but yeah I followed the sport religiously, even more than baseball for a period.

At that point in my life, I had been to about a hundred games live in Vancouver, Montreal and Calgary, and had been to exactly 3 MLB games (1 at Skydome in 1989, and 2 at Olympic Stadium) in the mid 90’s.

Once I went to Safeco Field once in 2005, I was hooked and had the vibe to see all other 29 parks in rapid fashion.

My love for viewing baseball parks escalated from there into 4 world record chases – to become the fastest to see a full game live at all 30 MLB Stadiums.

A lot of my friends and family are often baffled why i don’t just watch hockey, and support the local hockey team.  My interest dwindles every year, and especially now that I am more rabid about baseball than ever, doing this website daily. END_OF_DOCUMENT_TOKEN_TO_BE_REPLACED 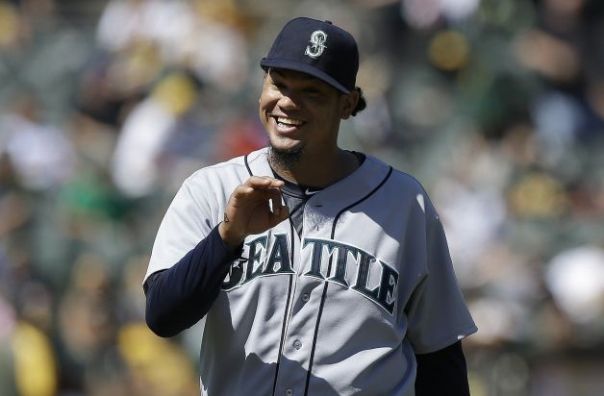 Felix Hernandez established a career high in strikeouts while throwing 7 shutout innings, allowing 3 hits, 2 walks and fanning 11 Angels. He did not get the decision but the Mariners stayed alive in the playoff chase with a 3-1 victory.

Logan Morrison hit a potential season saving 3 run homer with 2 outs in the 9th inning that gave Seattle a 3-1 win over the Angels.

Gerrit Cole pitched 7 strong inings, giving up 6 hits and 2 runs while walking none and striking out 7. His Pirates would complete the sweep of the Red Sox, 3-2.

Wilin Rosario went 4-5 with a double and a towering 2 run, bottom of the 9th, come from behind walk off homer to give the Rockies a 7-6 win over Arizona.

END_OF_DOCUMENT_TOKEN_TO_BE_REPLACED

AL Wild Card Race Heats Up: KC/DET Meetup, For All Others, Just Win This Weekend To Gain Ground

Kansas City might be tied for the #1 wildcard position and just 1/2 game out of the AL Central. however with that 4 – 2 in the 10th inning game resumption against Cleveland pending on Monday, the club must win the series versus the Tigers at home in my opinion, in order to make the playoffs. After the weekend, they finish their last 8 games on the road. If they don’t win the series this weekend, chances are the A’s/and or Mariners may pass them in the standings after Monday Night. The Royals have the hardest schedule left out of the 4 clubs.

The Seattle Mariners won yesterday, and the Athletics lost, to pull all top 4 Wild Card contenders to within 2 games of each other heading into the weekend.

So while the Royals and Tigers battle for the Division at Kauffman Stadium starting Friday. , the ultimate loser of the AL Central, will need to make the postseason via the Wild Card.  Needless to say. these 3 games will be pivotal in deciding that.

Since both of those clubs have to have a loser in each of those 3 games, this is great news for the struggling A’s (83 – 69), and especially for the Mariners (82 – 70), to make up some ground if they have good series from Friday to Sunday.

On the surface, Oakland and Seattle should hope the Tigers win the series versus KC this weekend, as that would put the Royals potentially at best 84 – 71 after that game against the Indians is over on Monday.  If the Tigers sweep them, the Royals could be staring at 83 – 72 rather quickly.

Oakland would need just one victory to pass KC, and Seattle would need 1 to tie the Royals and 2 to pass them.

The A’s entertain the lowly Philadelphia Phillies this weekend at O.Co, whereas the best road team in the AL (Mariners, 44 – 30) are in Houston to battle the Astros at Minute Maid Park..

If both clubs can win their series (if not sweep the worse squads they are playing) than they will put themselves in great positions for the playoff in going forward.

I have to think the worst scenario for those two teams – is to see the Royals take just 2 games against Detroit, as that would put the Tigers still at 85 – 70, KC at 85 – 69, with the suspended game still to make – probably seeing the, at 85 – 70 as well.  Oakland would need a sweep to have a lead, and win 2 out of 3 to tie the Royals/Tigers. The M’s would require a sweep over the Astros – to land them at 85 – 70. END_OF_DOCUMENT_TOKEN_TO_BE_REPLACED

Comments Off on AL Wild Card Race Heats Up: KC/DET Meetup, For All Others, Just Win This Weekend To Gain Ground