The new blocking of home plate rule needs to have more common sense when applied.

And the Yankees have hope for 2015, but they need to shut Masahiro Tanaka down NOW!

It is a soft drink sponsored episode of  The Sully Baseball Daily Podcast.

END_OF_DOCUMENT_TOKEN_TO_BE_REPLACED

How All Of The A’s Pitchers Were Acquired: Lots Of Depth Even For 2015 Without Breaking The Bank!

Part of the lure in acquiring Samardzija was that he had 1 year left of Arbitration. He will likely cost in the $12 – 15 MIL range for 2015. He tops the list of several A’s players that will be ARB eligible in 2015 like Moss, Donaldson, Cook, Parker, Jaso, Reddick and Gentry. While the club is going for it in 2014, their unloading of Cespdes’s $10.5 MIL 2015 salary will be used to pay these guys raises for next year, which should ensure them of another chance to compete for it all.. The Pitching Staff will remain almost intact, with losing just Lester, Hammel and Gregerson, while 12 guys are still under Team control, and 3 more guys with lots of MLB experience are in Sacramento waiting for a callup.

How All Of The A’s Pitchers Were Acquired:

Billy Beane has assembled quite the Pitching Staff for his 2014 final playoff push despite having both Jarrod Parker and A.J. Griffin out for the year with Tommy John Surgery.

Sonny Gray, A.J. Griffin and Sean Doolittle (although he was drafted as a hitter) are the only active pitchers on their staff that are homegrown products.

Jon Lester was acquired with Yoenis Cespedes (who signed as an International Free Agent.

Much like the hitters, the ‘Moneyball GM’ has wheeled and dealt until he put together one of the best run prevention teams in the game baseball.

Bringing in Jeff Samardzija and Jason Hammel cost the team 2 young prospects and Dan Straily, all of whom were team draft picks. END_OF_DOCUMENT_TOKEN_TO_BE_REPLACED

Comments Off on How All Of The A’s Pitchers Were Acquired: Lots Of Depth Even For 2015 Without Breaking The Bank! 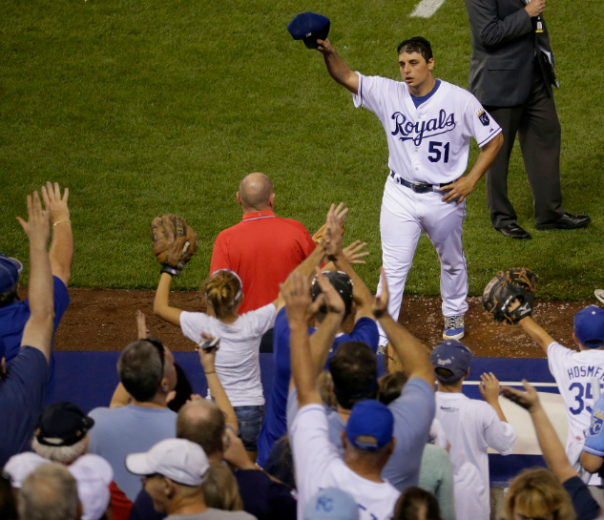 Jason Vargas kept the Royals in first place with a complete game, 3 hit, no walk shutout of the A’s, 3-0.

Kendrys Morales reached base 3 times and his first inning 2 run homer provided all the offense in Seattle’s 2-0 win over Toronto.

Justin Masterson pitched 7 shutout innings, letting up 3 hits and no walks, earning the 5-2 decision for the Cardinals in Miami.

Jedd Gyorko went 4-4 with a pair of doubles and a run scored as the Padres continued their winning ways, 5-3 over Colorado.

END_OF_DOCUMENT_TOKEN_TO_BE_REPLACED

How All Of The Braves Hitters Were Acquired: 2014 Roster Tree – Upton/Uggla Deals Still Looming Doom 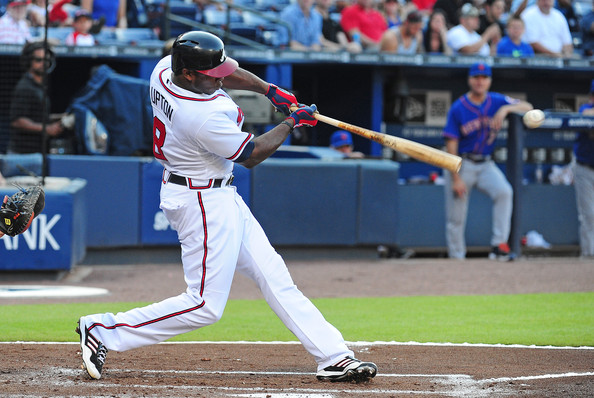 How All Of The Braves Hitters Were Acquired:

The Atlanta Braves are moving into a new ballpark in Cobb County GA in a few years..  Unfortunately the club will still be paying the contract of B.J. Upton.

At least Dan Uggla will be off the books by then.

Atlanta has been an awesome franchise in the last quarter-century, and far from me to admonish these guys on just a few deals doled out, when they have done it right as an organization for 25 years.

The current roster of hitters resembles a ton of Draft Picks by the franchise.  Not only that, but several of the players have inked their names  long term for the Braves.

Freddie Freeman, Jason Heyward, Evan Gattis, Andrelton Simmons  and Tommy La Stella were all selected by the squad in the MLB Amateur Draft over the last several years. END_OF_DOCUMENT_TOKEN_TO_BE_REPLACED

Comments Off on How All Of The Braves Hitters Were Acquired: 2014 Roster Tree – Upton/Uggla Deals Still Looming Doom