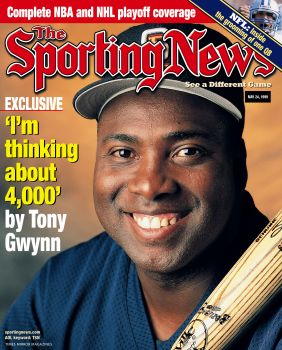 The reaction to the In Memoriam video I produced overwhelmed me and makes be super pleased.

Meanwhile, I wonder if the Mariners are on the verge of making the correct move going into the second half of the season.

It is a going viral episode of The Sully Baseball Daily Podcast.

The video was edited courtesy of Don Fito Productions, whose website is HERE.

END_OF_DOCUMENT_TOKEN_TO_BE_REPLACED

The best letter grade we gave out was to the Milwaukee Brewers, The team pole vaulted out to a fast start, and despite other clubs having a lot more talent than this bunch, young players have emerged for the Brew Crew. Even with recent play, the other teams have had injury trouble while Milwaukee is relatively healthy.  Still with 4 clubs within 3.5 games or better in the NL Central, this should be a dogfight to the bitter end.

Have dealt with a plethora of injuries to Bryce Harper, Ryan Zimmerman, Wilson Ramos, Adam LaRoche and Doug Fister.

Jayson Werth had a nice hot streak right before the end of the 1st half.

The team with limited flaws has just not taken off like it should.

When you consider the club has withstood year ending injuries to Kris Medlen, Brandon Beachy and Gavin Floyd.

Dan Uggla and B.J. Upton are making 25% of the team payroll and are posting anemic numbers.  The older Upton has done better in the last 10 games.

Evan Gattis and Freddie Freeman have kept the team afloat, and whenever Justin Upton hits, this team wins.

Still one of the best Bullpens in the game. END_OF_DOCUMENT_TOKEN_TO_BE_REPLACED

For all the talk of baseball players (pitchers mostly) that will be undergoing Tommy John Surgery, we will be keeping a running list!  E-mail us at mlbreports@gmail.com if you have any names to add to our totals.

How many players are having or had TJ in history? You are about to find out: END_OF_DOCUMENT_TOKEN_TO_BE_REPLACED

Comments Off on ALL – Time Tommy John Surgery Tracker, Updated For Tyler Chatwood

Every MLB ASG Going Fwd Should Have A Tribute To Those Fallen In Previous Year: A Comment On Sully Baseball’s Blog

Paul Sullivan’s Follow @sullybaseball  brilliant tribute video – They should hire him to do one of these every year!

MLB Reports Lead Personality ‘Sully’ did a fantastic job of writing an article about the way FOX did not give any acknowledgement towards Tony Gwynn during Tuesday’s ALL – Star Game on a post for his own website. I was going to write a similar article, but he nailed it perfectly, and you should read it here

I think it would be a great job by baseball – if they were to add a segment to the ALL – Star Game, in which they pay homage to the heroes of yesteryear. END_OF_DOCUMENT_TOKEN_TO_BE_REPLACED

Comments Off on Every MLB ASG Going Fwd Should Have A Tribute To Those Fallen In Previous Year: A Comment On Sully Baseball’s Blog