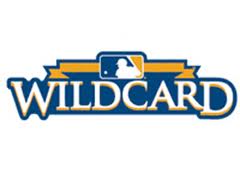 MLB reports – Rob Bland:  Expanding the playoffs has been a hot topic for many years now.  While the move will not be as drastic as when the MLB added the first wild card team in each league, it has drawn the ire from a lot of critics.  In 1994, MLB was to use the postseason system currently in place; however the season was cut short due to a player strike.  It was then that the MLB went to three divisions in each league (East, Central, and West) as well as a wild card team (the best non-divisional winner record in the league).  The American league Divisional winners would have been the New York Yankees, Chicago White Sox in the Central and Texas Rangers in the West (with a record of 52-61).  Conversely, the Cleveland Indians would have been the wild card winners at 66-47.  In the National League, the East would have been won by the Montreal Expos, who had the MLB’s best record of 74-40.  The Central and West would have been won by the Cincinnati Reds and LA Dodgers, respectively, while the wild card winner would have been the Atlanta Braves.

However, due to the strike, which also shortened the following season, 1995 was the first year this system actually came into play.  This season saw a shortened 144 game schedule.  The NL East winners, Atlanta Braves had to go through the slugging Colorado Rockies; the first NL wild card team.  They then faced the Reds, and the eventual World Series Champions Cleveland Indians.  The Indians took a very peculiar path to the World Series.  After leading the MLB with a 100-44 record, the Indians faced the Boston Red Sox, winners of the AL East, who had the 2nd best record in the American League.  The Yankees were the wild card winners, who were defeated by the Seattle Mariners in the AL Division Series.

The current Collective Bargaining Agreement between the commissioner, Bud Selig, with the MLB and its players’ union expires in December of this year, and an extension of five years is expected to be reached any day.  One of the main hold-ups to a deal is the addition of another wild card team.  The 2nd best non-divisonal winner would get into the playoffs.  This may not seem like much, where every other major sports league in North America has at least 3 “wild card” teams, but in baseball, tradition is always at the top of people’s minds.  Adding a team to each league’s postseason picture could lengthen the MLB season, which is something that is a major concern to most people involved in the process.

One option that was bandied around was to have the two wild card teams face off in a best 2 out of 3 series.  The advantage of this short series is that both teams that didn’t win their division would have to play extra games while the winners get a short break to recuperate their injured players.  Also, the extra games give opportunities to more teams to earn extra postseason revenue, which benefits the league.  However, the extra 2-4 days off that the other teams would have to endure could also cause a team to lose its momentum gained at the end of the season.

However, it is believed that the MLB will go to a one game sudden death playoff between the two wild card teams.  In my opinion, the biggest advantage to this is that it gives the winner of the game a monumental disadvantage going into the second round.  The wild card teams would be forced to pitch their ace in the playoff, and therefore would not be able to pitch until at least game 3 of the next round.  This means the team’s best starter would only get one start in a best of 5 series.  Not only would the team with the best record in the league have home-field advantage, but they would see their opponent’s best pitcher in only one game.

With the union and MLB reps meeting every day trying to hammer out the extension for the CBA, you should see the added teams in the playoffs in 2012 or 2013.  It is widely expected that the deal will be reached in the middle of the World Series to take advantage or the added publicity it would gain.  I am fairly certain that the new playoff format will come into effect for the 2012 season, and there will be a lot of teams looking to push the envelope and make an appearance.

Game 2 was a bit of a surprise, as Jaime Garcia, whom many picked to implode in this guy, had a great start.  Through 7 solid innings, he gave up only 3 hits and 1 walk to 7 strike outs.  Colby Lewis was equally as impressive until the 7th inning, where he was able to strike Matt Holliday out to lead off the inning.  David Freese then singled and Yadier Molina flew out.  Nick Punto then hit a ground ball towards first base that went off of Michael Young’s glove and into right field, moving Freese to third.  With runners on the corners and one out in the 7th, Alexi Ogando came in to face the hitter in the pitcher’s spot.  That hitter: Allen Craig.  The same hero of game 1 that hit a single to right field that scored the go ahead and eventual winning run.  Craig promptly lined a ball to right field to score David Freese, breaking the dead lock.

What would a playoff game be without drama? Jason Motte came in the 9th to close out the 1-0 game.  So far in the postseason, he had given up 1

hit in 29 plate appearances.  Ian Kinsler led off the inning with a bloop single off the end of the bat.  Elvis Andrus came up to the plate and looked to get a sac bunt on the ground, but Kinsler decided to take matters in his own hands, and stole second base by the smallest of margins.  Andrus then lifted a 2-2 pitch to center field for a single.  While Kinsler was held at 3rd, Cardinals CF Jon Jay threw the ball wide of the cutoff man, which allowed Andrus to slide safely into 2nd base.

Manager Tony La Russa then yanked Motte for lefty Arthur Rhodes to face Josh Hamilton.  On the first pitch, he hit a fly ball to right that scored Kinsler and advanced Andrus to third.  Even more like La Russa, he brought in Lance Lynn to face Michael Young, who hit a 3-2 curveball deep enough to center to scored Andrus, and the Rangers lead the game 2-1.

Rangers closer Neftali Feliz took the mound in the bottom of the 9th and walked Yadier Molina on 5 pitches 97 mph or faster, hitting 100 on the radar gun with the first pitch.  Nick Punto came to the plate, bunted two balls foul up around his eyes, then swung feebly to strike out.  Feliz then struck out Skip Schumaker and induced a fly ball off the bat of Rafael Furcal to seal the victory.

With the series tied at one game apiece, an off day tomorrow and game 3 slated for Saturday night in Texas, this series is only going to get better.  Keep checking MLB reports for your daily fix of updates on the World Series.

Today’s feature was prepared by our Baseball Writer, Rob Bland.  We highly encourage you to leave your comments and feedback at the bottom of the page and share in the discussion with our readers.  You can also follow Rob on Twitter.

Baseball has been my love since I was three years old. Now I finally have the courage to write about this passion. Share your comments please.
View all posts by blandy12 »