MIlwaukee Is Making A Boneheaded Move If Non-Tendering Chris Carter: Should Have Learned From Houston Last Year 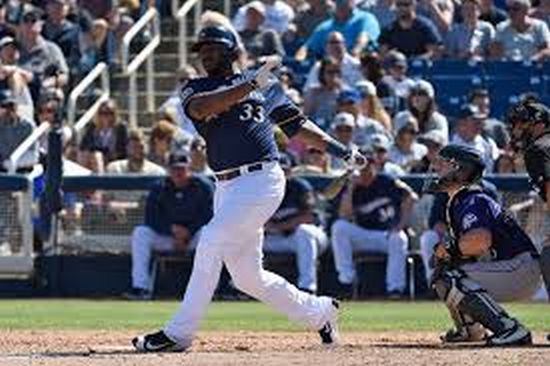 Chris Carter would be the perfect ‘cheap’ addition to compete on a lot of American League Rosters. This man has been criminally underrated for the power and walks he has put forth over the last 4 campaigns. With the ability to DH/play 1B or LF, with Milwaukee having 2 years left of team control in Arbitration, the club has DFA’d him, and likely will be forced to release him outright as A Free Agent.  The management also signed an unproven MLB’er (Eric Thames) to a guaranteed $15 MIL over 3 years.  Pretty bad on all front in my opinion!

Last year at this time I made the point that the Houston Astros made a big mistake in non-tendering Chris Carter.  At that juncture, the man has clubbed 90 HRS over the previous 3 campaigns with the Astros.

Houston struggled at the First Base Position all year in 2016 – with a collection of Tyler White, Marwin Gonzalez, Luis Valbuena and Yulieski Gurriel.  With just bringing forth 84 wins. with the cutoff for the playoffs at 89 victories, one could say the franchise could have used the slugger ( and his .821 OPS, 41 HRs and 94 RBI).

The ‘Stros’ finished with production of .232/.299/.381 – 19 HRs, 62 RBI out of the position – which had a huge factor in them not reaching the playoffs, having the 2nd worst offensive output for the American League (Yankees – the worst).

Carter is a powerful dude who is a kind of the new Adam Dunn of the Majors.  If he qualified for HR/PER AB ALL – Time with 3000 PA (he has 2645 his 14.97 AB per homer would rank him 13th in Major League Baseball History.  So where is the love? END_OF_DOCUMENT_TOKEN_TO_BE_REPLACED

Comments Off on MIlwaukee Is Making A Boneheaded Move If Non-Tendering Chris Carter: Should Have Learned From Houston Last Year

I guess I was pretty surprised to that despite 181 HRs in just 2567 AB – Giancarlo Stanton doesn’t have enough AB to qualify for the career lead in this category.

Comments Off on Top 10 Active List: Homers Per At Bat

There is A Major Problem At MLB.com With Their Active Players List: Part 1

Bobby Abreu was traded from the Rays to the Phillies for Kevin Stocker and had 7 straight 20 HR/20 SB seasons for the ‘Fightins from 1999 – 2005. After playing for both of the LA clubs in 2012,  he did not play for any other club in 2013, but has since said he plans to make a comeback in 2014. If he does, he would become the active ALL – Time Leader for Doubles in the MLB.  After seeing that the website mlb.com called him active, I investigated a massive flaw.

When starting to compile a list at http://www.mlb.com  of current Extra Base Hits Leaders – I was unimpressed about the slowness of the webmasters.

I love the MLB, and the coverage/video highlights is fantastic at the site.  Their updating the stat leaders for active players needs to be seriously addressed. so the top 10 list will be posted tomorrow instead.

Manny Ramirez, Ivan Rodriguez and Todd Helton are on this list.

Okay,  I can give them a slight pass on Helton, however he has filed his retirement papers already, but Pudge and Man-Ram – c’mon.

END_OF_DOCUMENT_TOKEN_TO_BE_REPLACED

Comments Off on There is A Major Problem At MLB.com With Their Active Players List: Part 1

Cano Signs With Seattle 10 YRs/$240 MIL: Do You Want A Good Team Or A Good Business?

Cano and his management posse were in the Emerald City over night – to dicker with the Seattle Brass over a supposed 9 YR contract worth around $225 – $240 MIL . But something went awry, and the Cano camp made the Seattle Mariners storm off with disgust over what the demands were originally.   It has now been reported the sides agreed to a 10 YR/$240 MIL deal.  This could be a colossal mistake from the club, despite seeing probable early returns on their investment and the ticket wicket and for TV Ratings. In a city where they have only had 2 winning seasons in the last 10 years, they didn’t need to put all of their eggs in just one basket. We will go through the long decade of suffering in his blog, and come up with the conclusion, that the last thing the franchise needs – is another Free Agency flop.

The deal was supposed to be 9 YRs/$225 MIL for Robinson Cano‘s services to be taken to The Pacific Northwest, and play for the home fans of Safeco Field.

Somewhere in the deliberations, the Roc Nations Sports Agency (Jay – Z’s gang) made an unruly notion for something, to which the brass of the Seattle Mariners stormed off.

It would be nice to have been a fly on the wall for that sparing off of the minds.

The two sides finally agreed this morning to a 10 YR/$240 MIL deal for the ALL – Star, SIlver Slugger 2B.

Before the deal, a neutral fan had to ask Cano really taking the M’s seriously, or was it all for show – in hopes he could draw more cash from a team he really wants to play for?

END_OF_DOCUMENT_TOKEN_TO_BE_REPLACED

Posted in Free Agency, MLB Teams: Articles and Analysis, The Rest: Everything Baseball

Comments Off on Cano Signs With Seattle 10 YRs/$240 MIL: Do You Want A Good Team Or A Good Business?

The Phillies State Of The Union: Hitters Edition + They Should Give A Full Chance To Darin Ruf In 2014

The Phillies are to the NL what the Yankees are to the AL, and old and expensive team. They had their 1st losing campaign in over a decade, and are without a 3rd Baseman, Catcher and possibly an OF to fill the holes. That is if they end up resigning Doc Halladay. But 2013 wasn’t an entire loss. Performances by Domonic Brown and Darin Ruf have to give the management some hope. Playing guys under team control, low payroll deals will enable the franchise the flexibility to pursue high end talent in Free Agency. Today, I explain how the Phightins’ can do this.  How will the team fare under 2nd year skipper Ryne Sandberg – after a 20 – 22 finish?

2014 was a tough year on the Phillies.  For one, the fact that the MLB Reports is having an Awareness Day for them today, based on them having the 7th worst record (73 – 89) in the Majors during 2013 is mind – boggling.

We are talking about a team that had 5 Division Titles in a row (2007 – 2011), a huge payroll, and a bountiful nest of ALL – Stars to hit in the lineup, and in the Starting Rotation.

Much like the Yankees though, their core is all hitting their waning years.  Chase Utley, Ryan Howard and Jimmy Rollins are having a tough time staying on the field to be productive.

2013 was always going to be about the team resurrecting its status as an NL Elite, instead they saw Roy Halladay blow up before their eyes, Cole Hamels struggle, and nobody was there to save them.

END_OF_DOCUMENT_TOKEN_TO_BE_REPLACED

Posted in MLB Teams State Of the Unions, MLB Teams: Articles and Analysis, On the Verge: MLB Prospects, The Rest: Everything Baseball

Comments Off on The Phillies State Of The Union: Hitters Edition + They Should Give A Full Chance To Darin Ruf In 2014

Michael Morse Is Off To A Blazing Start In Seattle 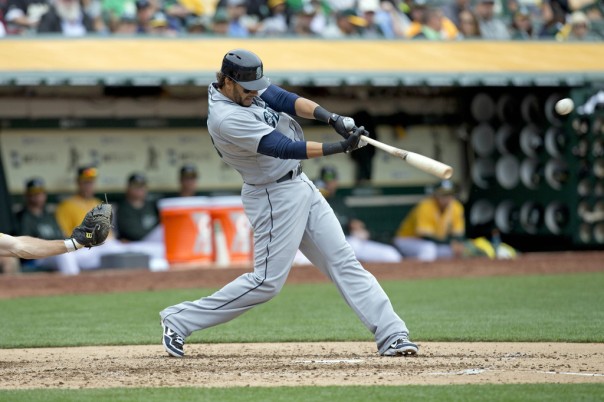 How good has Mike Morse’s start been for the Mariners…Try a 3 Slash Line of .333//364/1.268 so far, and is tied for the MLB lead in HRs with 4 bombs. “Da Beast” has proven that he can get the job when he stays in the lineup. If he can hit like this all year, Seattle may have a chance at the Post Season.

When the Mariners acquired Michael Morse this past offseason, they were hoping to add some power and a veteran presence to a young lineup. Morse, who struggled in 102 games playing for the Nationals in 2012, appears to finally be healthy and ready to contribute.

Morse has gotten off to a hot start to the season, homering in 4 of his first five games. In 2011, when he hit 31 HR, it took Morse until May 25th to hit his 4th Home Run. This poses the question, could Michael Morse hit 30 Home Runs again in 2013?

END_OF_DOCUMENT_TOKEN_TO_BE_REPLACED 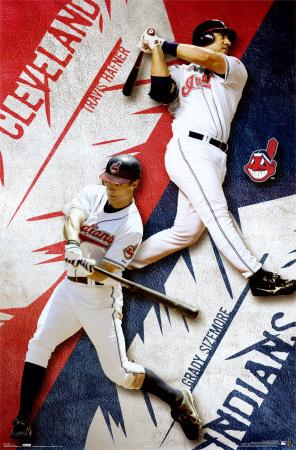 2013 will mark the 1st time in a decade that neither Travis Hafner nor Grady Sizemore will be on the Cleveland Indians.  For a 4 – 5 years stretch these guys were amongst the best offensive players in the game.  Injuries decimated them from action and prevented the team from contending.  So how will they be remembered in Cleveland?

I first went to Progressive Field in the opening week of 2007.  I was supposed to see a doubleheader with the Mariners in town to play the ‘Tribe”.  What I received instead was a foot of snow and a cancellation.  I went to the Rock N Roll Hall of Fame instead.  That is one cool place to go if you do have a weather related suspension of a game.  I was disappointed because I wanted to see Grady Sizemore and Travis Hafner light it up for the Cleveland Indians.

I made the drive back to Toronto for a game indoors.  As I was driving to Toronto – it was announced that the Cleveland Indians were going to be moving their 3 games series versus the Angels to Miller Park.  I was already heading to Wrigley Field for my 1st ever visit and bought tickets to the 1st and 2nd game of the Series in Milwaukee.  I would have  a chance to see the Cleveland team play after all.  I am a Yankees fan – however I really wanted to see this duo swing the sticks.

END_OF_DOCUMENT_TOKEN_TO_BE_REPLACED

Russell Branyan has raw power and was never given a chance to play full time despite ranking 6th amongst active players in HRs per AB. Photo courtesy of seattlesportscentral.com

Chuck Booth (Lead Baseball Writer and @chuckbooth3024 on twitter)- Chicks dig the long ball right?  Well so do dudes.  There is a certain folklore of a player that can absolutely cream a baseball regardless of their batting average or ability to make contact all of the time.  One of my favorite players to watch swing a bat is Russell Branyan.  I follow the Seattle Mariners since they are my closest team for geography.  I was able to see what Russell “The Muscle” was able to do once he was given a chance to play every day for the Mariners.  He rewarded the club by pasting 31 HRs and knocking in 76 RBI in just 116 games during the 2009 year.  The next season, he started with the Cleveland Indians before rejoining the Mariners again at the end of June.  Branyan would electrify the crowds at Safeco by hitting another 15 HRs in just 205 AB. Branyan hits as many HRs per AB for a rate in his career as Mickey Mantle did.  Branyan draws comparisons to another one of my favorite players in Jack Cust with his nickname ‘3TO’, which is short for 3 True Outs.  This is a strikeout, walk or HR.  Cust never made this upcoming list but he did hit 63 HRs in his first 1000 AB while striking out 430 times!  Branyan’s average 162 game season average (with full at bats) would have included striking out 171 times.   In this video you can see his power, (also click the link provided from at the top of the page on this link to see another shot of this mammoth blast that Branyan had at Yankee Stadium.  You can do this by copying the blue version of the link and pasting it into your browser.)