I’m a touch late this week due to travel to see family over Easter weekend. But the Brew Crew had a big week, and I certainly don’t want to skip a week of Brewers Week in Review.

Comments Off on Milwaukee Brewers Week in Review: April 11-17

MIlwaukee Is Making A Boneheaded Move If Non-Tendering Chris Carter: Should Have Learned From Houston Last Year

Chris Carter would be the perfect ‘cheap’ addition to compete on a lot of American League Rosters. This man has been criminally underrated for the power and walks he has put forth over the last 4 campaigns. With the ability to DH/play 1B or LF, with Milwaukee having 2 years left of team control in Arbitration, the club has DFA’d him, and likely will be forced to release him outright as A Free Agent.  The management also signed an unproven MLB’er (Eric Thames) to a guaranteed $15 MIL over 3 years.  Pretty bad on all front in my opinion!

Last year at this time I made the point that the Houston Astros made a big mistake in non-tendering Chris Carter.  At that juncture, the man has clubbed 90 HRS over the previous 3 campaigns with the Astros.

Houston struggled at the First Base Position all year in 2016 – with a collection of Tyler White, Marwin Gonzalez, Luis Valbuena and Yulieski Gurriel.  With just bringing forth 84 wins. with the cutoff for the playoffs at 89 victories, one could say the franchise could have used the slugger ( and his .821 OPS, 41 HRs and 94 RBI).

The ‘Stros’ finished with production of .232/.299/.381 – 19 HRs, 62 RBI out of the position – which had a huge factor in them not reaching the playoffs, having the 2nd worst offensive output for the American League (Yankees – the worst).

Carter is a powerful dude who is a kind of the new Adam Dunn of the Majors.  If he qualified for HR/PER AB ALL – Time with 3000 PA (he has 2645 his 14.97 AB per homer would rank him 13th in Major League Baseball History.  So where is the love? END_OF_DOCUMENT_TOKEN_TO_BE_REPLACED

Comments Off on MIlwaukee Is Making A Boneheaded Move If Non-Tendering Chris Carter: Should Have Learned From Houston Last Year

New Milwaukee GM David Stearns has his hands full trying to compete in the NL Central for the next several seasons. Really the club should be starting a full scale rebuild that includes trading Ryan Braun. Jonathan Lucroy and potentially Wily Peralta. With dealing with the Cubs, Cards and Bucs all in the NL Central, expect a 100 loss season coming forth for the club.  This squad split their 1st 6 game homestand with after being blistered by the Giants, Milwaukee took 2 out of 3 in Interleague play versus the Houston Astros.

With one week in the books, let’s take a look at what Milwaukee Brewers fans have learned so far.

This isn’t last year’s team. GM David Stearns ran off nine trades that netted 16 players after taking the job last year.  Stearns has repeatedly said he’s looking to stock up on pitchers – not just arms – but pitchers that throw strikes and get ahead in the count.  Stearns also feels the Brewers outfield has a lot of depth and is an area of strength.  So if this isn’t the 2015 team that went 68-94, then what can fans expect?

How To Stop Tanking Maneuvers In Order To ‘Rebuild’ MLB Teams

In the last year of the current ‘CBA’ there may be a change to the new agreement that would stop teams from intentionally losing under the “integrity of competitiveness” clause. Teams such as Houston and the Chicago  Cubs have laid the template down, and now other teams are following suit like the Phillies, Braves, Reds, Padres, Rockies and Brewers.

How to stop Tanking?

Spearheaded by Jeff Luhnow – the complete ‘tank philosophy’ has taken off across sports which is a terrible thing for competitive balance.

Teams in other leagues such as the Philadelphia 76ers, Chicago Cubs, Buffalo Sabres, Minnesota Timberwolves and Indianapolis Colts have had completely terrible teams with the goal of landing the top selection in that draft(s).

Tanking has become much more widespread and is EXTREMELY EFFECTIVE. The problem is losing this badly leads to teams being terrible likely for long periods of time so they can be at the top of the draft and have a chance at elite players.

The differences in tanking differ by league though, in basketball if you don’t have the elite talent then you will never win and that talent is found almost always at the top of the draft.

In football you need a quarterback to be a super bowl contender and tanking will likely be just for the quarterback as the Colts did for Andrew Luck.

Hockey (like baseball) requires depth but top line players carry a huge premium and are available at the top of the draft and you defiantly need at least a few to be Stanley Cup contenders. END_OF_DOCUMENT_TOKEN_TO_BE_REPLACED

Milwaukee Brewers State Of The Union For 2016

The Milwaukee Brewers owner just sent out an open letter to all of the fans explaining to them his gratitude, and promised that the organization is committed to winning long term.  I liked his candor, but it will be some time before this team has many victory laps.

The NL Central has turned into a fierce 3 club race, with the Reds and Brewers being left in the dust.  Cincinnati has already thrown the white flag this week in trading Todd Frazier and now potentially Brandon Phillips.  They would have already traded Aroldis Chapman as well if it weren’t for a domestic dispute.

The time to rebuild for the club is now.  I would think the club should also entertain trade talks with Ryan Braun and Jonathon Lucroy over the next 6 – 8 months. END_OF_DOCUMENT_TOKEN_TO_BE_REPLACED 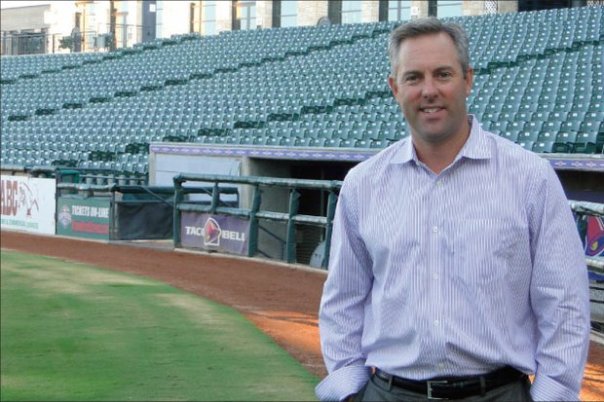 Reid Ryan will be at the helm for his 1st ever draft as Team President for the Astros on June 6th. The team is picking 1st overall – and will most likely pick 1st or 2nd in next years Amateur Draft as well in 2014. This 2013 Draft Day Decision should be priority #1 with the management right now.  Ryan was named Team President of the franchise only a few weeks ago.

The Houston Astros select first overall in the draft for the second consecutive year but have a big decision to make and that is the strategy they use. First let’s go through who the key people in the front office are.

Before I talk about the Astros potential strategies I think it is worth mentioning that Craig Biggio‘ s son Cavan Biggio is in this draft and that is something to watch for although he will not go first overall.

END_OF_DOCUMENT_TOKEN_TO_BE_REPLACED

Posted in MLB Payroll and Contracts, On the Verge: MLB Prospects, The Rest: Everything Baseball