An ancient proverb states that “a journey of a thousand miles begins with a single step.” Even the most longest and difficult of ventures have a starting point.

For the Milwaukee Brewers, reaching the playoffs in 2008/2011 and playing contending baseball in 2017 may appear to be difficult ventures. Yet, these successes do have a starting point – Friday, September 30, 2005.  The single step the Brewers took that day was posting a 6-5 victory over the Pittsburgh Pirates.  Might seem like just another game these days, but it assured Milwaukee would enjoy its first .500 or better season since 1992. 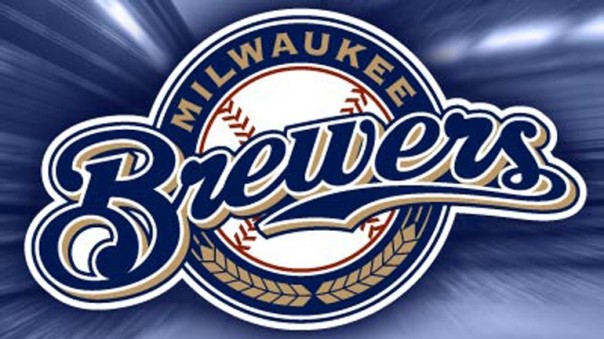 Comments Off on This Day in Milwaukee Brewers History – .500 Again!

Only four pitchers in baseball history have started only one major league game, thrown six scoreless innings or more, and recorded a win in the process.  Chris Sáenz (pronounced SYNS) of the Milwaukee Brewers is the most recent, and actually the first hurler since 1899 to accomplish the feat.

As with most cup of coffee players, a perfect chain of events had to play out for Sáenz to make just one appearance and disappear, never to be heard from again.  The early 2004 season for the Brewers was ripe with issues – enough in fact, for a Double A pitcher to be called up to face the Central Division rival St. Louis Cardinals in late April.

Comments Off on Chris Sáenz – A History-making Cup of Coffee

Milwaukee Brewers State Of The Union For 2016

The Milwaukee Brewers owner just sent out an open letter to all of the fans explaining to them his gratitude, and promised that the organization is committed to winning long term.  I liked his candor, but it will be some time before this team has many victory laps.

The NL Central has turned into a fierce 3 club race, with the Reds and Brewers being left in the dust.  Cincinnati has already thrown the white flag this week in trading Todd Frazier and now potentially Brandon Phillips.  They would have already traded Aroldis Chapman as well if it weren’t for a domestic dispute.

The time to rebuild for the club is now.  I would think the club should also entertain trade talks with Ryan Braun and Jonathon Lucroy over the next 6 – 8 months. END_OF_DOCUMENT_TOKEN_TO_BE_REPLACED

How All Of The Brewers Hitters Were Acquired: 2014 Roster Tree

Milwaukee had a bad spell for the franchise from 1983 – 2007, where the club didn’t make the playoffs at all. Once Ryan Braun asserted himself on the team, the club started its transformation into a club capable of making it to the playoffs in any season. They made the 2008 postseason for the 1st time in 26 years, and 2011 saw them make it to the NLCS – before bowing out to the Cardinals. Their team had to fight through the Ryan Braun saga’s of 2012 and 2013, and now this team is back leading the NL Central in 2014. The teams lineup has been built with draft picks, smart acquisitions, and key waiver wire pick ups.

How All Of The Brewers Hitters Were Acquired:

Mark Attanasio and Doug Melvin have been aggressive of the brass for the ‘Brew Crew’ over the last half a dozen years.

They have made strides to make the team relevant – by making trades for ALL – Star Pitchers, but they have also done some great drafting on the offensive side.

Ryan Braun, Jonathan Lucroy, Khris Davis, Scooter Gennett and Rickie Weeks were all great draft selections in the lineup, while Carlos Gomez was acquired by trading another great player in J.J. Hardy.

You also have a bench player like Logan Schafer drafted by the squad.

Add in some veteran leadership with Aramis Ramirez, Mark Reynolds and Lyle Overbay, and some waiver and low prospect Free Agent deals for Martin Maldonado, Jeff Bianchi and Elian Herrera.

So what does this point out exactly? END_OF_DOCUMENT_TOKEN_TO_BE_REPLACED

Comments Off on How All Of The Brewers Hitters Were Acquired: 2014 Roster Tree

Milwaukee Brewers State Of The Union For 2014

The Milwaukee Brewers had a modest 2013 season, yielding a 74 – 88 record. They finished 23 games back in the NL Central (ahead of only the Chicago Cubs) which saw three of its five teams reach the playoffs. The farm system cupboards are bare, with not one single top 50 prospect in it’s ranks. A rebuild is necessary but general manager Doug Melvin seems more in tune with adding free agents instead of using home grown youth (Although they do have a few on their current roster). The Brewers are picking a respectable 12th in this years Major League draft, and every effort must be make to start making those picks count, or the club may find themselves on the outside looking in while division opponents Cincinnati and Pittsburgh regularly see post season play.

Milwaukee Brewers State of the Union: A Long Road Ahead

As recently as 2011, the Brewers held the National League Central Division title.

Historically the fans are still biding their time though, having not seen a pennant since the Brewers were in the American League and won it in 1982.

Milwaukee’s own Robin Yount won the AL MVP that year, but the Brewers inevitably lost out in the World Series to the St. Louis Cardinals.

END_OF_DOCUMENT_TOKEN_TO_BE_REPLACED

Comments Off on Milwaukee Brewers State Of The Union For 2014

Miller Park is a place that promotes tailgating before the game – and even offers incentive for it. This place routinely draws over 3 Million Fans – and is one of the most profitable clubs. In recent years, the management has taken runs at CC Sabathia,, Zack Greinke and Shaun Marcum. The franchise has given a lot of prospects back in these trades. Is there anything left in cupboard – yep!