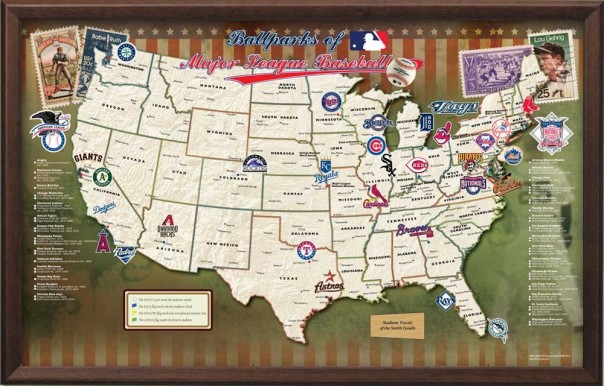 Breaking the World Record for “Fastest To See all 30 MLB Park (every pitch) in 2009 and 2012 caused me to study every possible scenario for all Doubleheader Attempt humanly possible for all MLB Teams. Over the course of the next few months – I will be dissecting the 2015 MLB schedule – when it comes out in Mid Sept – 2015, in order to map out a trip to not only see at least 1 game per day for the whole season, but many doubleheader attempts during the 2015 campaign too,  MLB Reports is turning up the heat on the MLB Parks for the entire season next year.  Tweets live from the park, daily posts, interviews, lots of social media interraction

In early 2012 I had this plan to venture out on a full season voyage of watching a game in all 30 MLB Parks.

What I ended up doing was breaking my own record for being present for every pitch in all games during a 30 MLB Parks odyssey in just 23 Calendar Days  during April of 2012.

I had taken 7 full weeks (3 weeks after, and 1 week before) off of work to not only do this, but to rest up after a bad vehicular accident in 2010, in which a douchebag hit my car going 60 MPH while I was waiting to turn left into a shopping mall from – not moving at all.

From late 2010 until late 2011, I embarked on a brutal path to gain my senses recovering from a concussion.

It was the 8th one of these I had come across, but the 1st in nearly 15 years. END_OF_DOCUMENT_TOKEN_TO_BE_REPLACED

The Mariners had a nice idea for their lineup but it just didn’t work. They need to scramble to not have 2014 be a wasted year.

That and more on on today’s unedited episode of The Sully Baseball Daily Podcast. 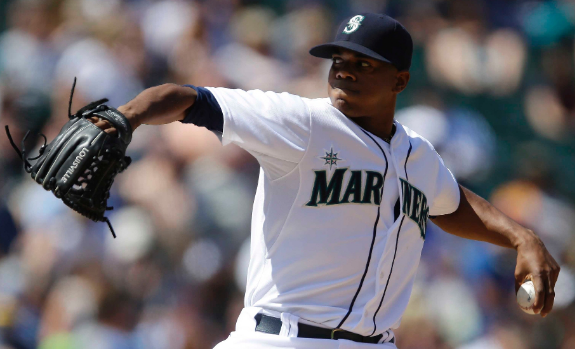 In a day full of remarkable pitching performances, Roenis Elias stood out with a masterful 3 hit shutout of the mighty Detroit Tigers. The Mariners won 4-0.

Brock Holt got on base 5 times with 4 doubles and a stolen base helping the Red Sox sweep the Rays with a 4-0 win and extend their winning streak to 7 games.

Andrew McCutchen homered, smacked a pair of doubles and made a sliding catch, starring in the nationally broadcast 5-3 Pirates victory in Los Angeles.