Barring a Shutout in the game with the Tigers and White Sox today exceeding 6 runs, than Atlanta will finish 30th in this contest this season.

Each year we run the list as it comes down in order.  From Opening Day until the last club is blanked, we see which squad can hold off getting zeroed  the longest.

Last year, the Pittsburgh Pirates lasted into June to win the honors.

You always have to go with the favorites to win this category. This would be the Colorado Rockies and Boston Red Sox considering their potent offenses and home venue for their ball games. END_OF_DOCUMENT_TOKEN_TO_BE_REPLACED

Kris Bryant is about as sure of a prospect there has been in the last 5 years. Will the Cubs let him start the year in 2015, or will they send him down until the end of April to save service time. All you need to know about the franchises desire to win it all this campaign may be based on this decision. The young slugger had 40 HRs in the Minor League’s last year.

These are my top 100 prospects in baseball. There is a lot of talent in the minor leagues right now across almost all levels. Yoan Moncada signed after I wrote this but he would slot in the 8th slot right ahead of Joey Gallo and I do believe Moncada will be a stud.

1. Kris Bryant 3B CHC – He will hit for power and hit for a high average at what is an underrated position. He was the 2nd overall pick in 2013 and has the looks of a perennial all star.

2. Carlos Correa SS Hou- He was having a very nice season at the best hitters park in the minors in Lancaster before he broke his leg. I think he can stay at SS with almost all five tools with power rapidly emerging. He’s the future face of the Astros.

3. Corey Seager SS LAD- There are people who think he may get too big for SS and have to transfer to 3B but I think he has much more value at SS and can stick there for at least a few years. He should have an elite bat with plus plus power. Possibly the next Troy Tulowitzki with a slightly worse glove.

END_OF_DOCUMENT_TOKEN_TO_BE_REPLACED

Blue Jays’ Was It Worth The Risk? 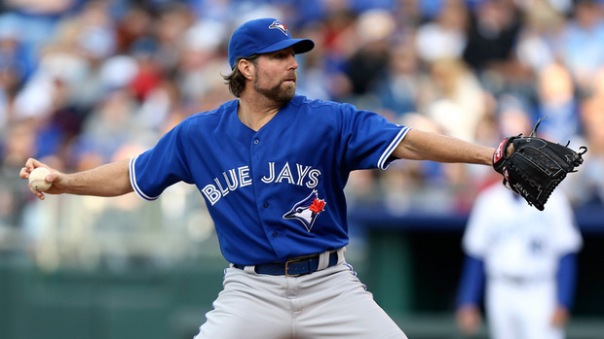 The Toronto Blue Jays 2013 season has not panned out how many envisioned it would. They made a flurry of moves to bring new players to the team. The reason was that their General Manager Alex Anthopoulos saw an opportunity and was willing to take a risk.

He traded away a bevy of prospects to the Miami Marlins, and some more to the New York Mets for proven players that have done well in their careers. The team on paper looked like they could win the American League East division and contend for a World Series title.

END_OF_DOCUMENT_TOKEN_TO_BE_REPLACED

Comments Off on Blue Jays’ Was It Worth The Risk?

New York, New York big city of dreams where not everything is as it seems, so we had Mike Silva of WGBB1240 AM and James Acevedo of the Bench Warmers and 2 and a Hook podcasts come on and break down the Mets and Yankees.Mt Rushmore, BetHubb.com best bets and Blue Jays talk too. Another Home Run show! END_OF_DOCUMENT_TOKEN_TO_BE_REPLACED

Miami Marlins – Updated State of the Union: The Hitters and Pitchers

In 2013, the Marlins will have an all to familiar feeling of being a team waiting to grow up around in a division of championship contenders. Hopefully this is the exception and not the rule for the Miami club.

In December, we took a look at Miami moving forward after the now infamous salary dump of the Winter of ’12.  Living in South Florida, its been an interesting off-season to discuss baseball with those who care about the sport.  Some believe that the trade was a positive baseball move, others think it was another in a long line of for profit motivated transactions by a team whose reputation is for that type of maneuver.

In either case, with opening day approximately three (3) weeks ahead of us, it is now time to move on from the trade and examine to a greater degree what the 2013 season holds for the Miami franchise.

As with the past article, we will start with Giancarlo Stanton.  Statistically, we have spent a large portion of time discussing Stanton’s strengths.  He is an elite power presence in the middle of the Marlins lineup.  I won’t spend time re-hashing the statistics that we have already went over.  I do think its important to point out a few things that may effect Stanton’s output this year.

For Part 1 of the Marlins State Of The Union Piece in December – The Hitters:  click here

For Part 2 of the Marlins State Of The Union Piece in December – The Pitchers: click here

END_OF_DOCUMENT_TOKEN_TO_BE_REPLACED

Comments Off on Miami Marlins – Updated State of the Union: The Hitters and Pitchers

Before I show you my top 100 prospects – I want to get you familiar with my grading tactics and styles and what I value most. All prospects have ceilings and very few players reach that ceiling. First lets go through the tools of what I personally value most and where.

Those are the 5(6) tools that scouts use and the scale goes from 20-80. 80 being HOF rare like Giancarlo Stanton Power and 20 being absolutely terrible like Bengie Molina has 20 speed. Most people reading this will probably have more than 20 speed so that’s how pathetic it is.

END_OF_DOCUMENT_TOKEN_TO_BE_REPLACED

The Miami Marlins: State Of The Union for 2013 Part 2: The Pitchers

Nolasco might be the the next guy to be traded for more prospects.

Last week, we took a closer look at how it would be possible to revive the Marlins from not only several years of under-performing expectations, but also, how to reinvigorate fans after the latest fire sale which can only be called a public relations disaster of massive proportions for the organization.  In that article, which you can find here , the discussion was focused on the three offensive pieces that would be necessary for the Marlins to begin competing in the near future and bringing fans out to the new ballpark.  While everyone knows that “chicks dig the long ball”, long-term success is ultimately sustained and championships won by consistent, steady pitching.

The Marlins former championship contenders have always been built on strong starting pitching, whether the 1997 team built on veterans Kevin Brown, Al Leiter, Alex Fernandez and later on, a young Livan Hernandez or the 2003 team with youthful group of Josh Beckett, A.J. Burnett, Brad Penny and  Dontrelle Willis.  Since the break-up of the 2003 team, the Marlins have sought a consistent group of pitchers to help bring them back to greatness.  But adjustments, injuries and the failure to develop some talented pieces has led to a long list of failed Marlins starters and lost seasons.  Now the Fish find themselves in the familiar position of having to develop young pitching. END_OF_DOCUMENT_TOKEN_TO_BE_REPLACED