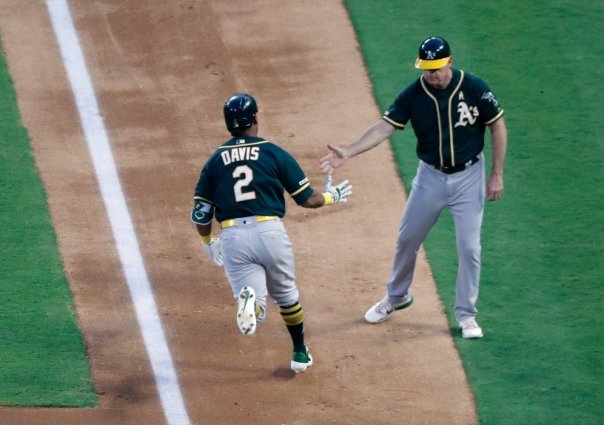 Khris Davis homered twice and walked, driving in 4, as the A’s took the 14-9 slugfest in Texas.

Paul Goldschmidt hit a grand slam and a 3 run homer to help the Cardinals pound the Brewers, 10-0.

Mike Soroka allowed 1 hit over 6 shutout frames as the Braves blanked the Nationals, 5-0.

Sandy Alcantara held the Giants to 1 run and no walks over 7 innings but that was one run too many as the Marlins were shutout, 1-0.

Kole Calhoun homered twice but the Angels were beaten by the Rays, 11-4.

Pablo Reyes singled, doubled and tripled in the wild 17-8 Pirates loss to the Cubs.

To view the Yearly Leaders for Who Owned Baseball Standings   – Click the READ THE REST OF THIS ENTRY ICON OR SCROLL DOWN.