George Springer helped the Astros come from behind with 3 hits, including a homer, 4 RBI and 2 runs scored to top Boston, 7-6.

Jeremy Hellickson struck out 9 Reds in 7 innings, giving up just 4 hits and 2 runs and earned the 3-2 decision for the Phillies.

Joe Panik reached base 3 times and launched a 3 run come from behind homer on a 3-0 count and gave the Giants all the offense they needed, 3-1 over Arizona.

END_OF_DOCUMENT_TOKEN_TO_BE_REPLACED

Saturday could be a very rough day for pitchers, which is why I’m spending more money on hitters.

Out of the 15 games on the slate, 11 games are being played at a stadium that has at least a 10 MPH wind blowing towards the outfield.

Weather can play a huge role in daily fantasy, which is why the intense winds on Saturday could really shake up some of the potential pitching match-ups. 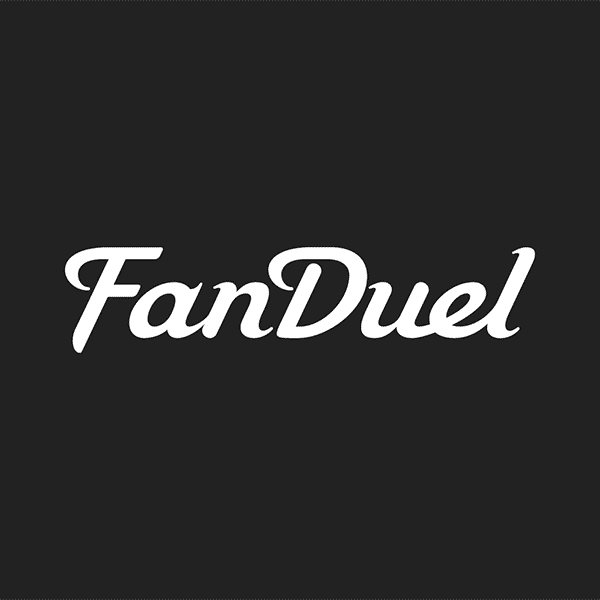 Hi, my name is Josh Robbins.  I would like to share my Daily Fantasy Sports (DFS) strategy with you throughout the MLB season during weekdays.  Fanduel is my preferred game of skill.

3-Strikes: Here’s what you expect from my daily articles:

My Top 3 Stacking Options (multiple players from the same team)

Strikeouts Are Sexy And Max Scherzer Knows It 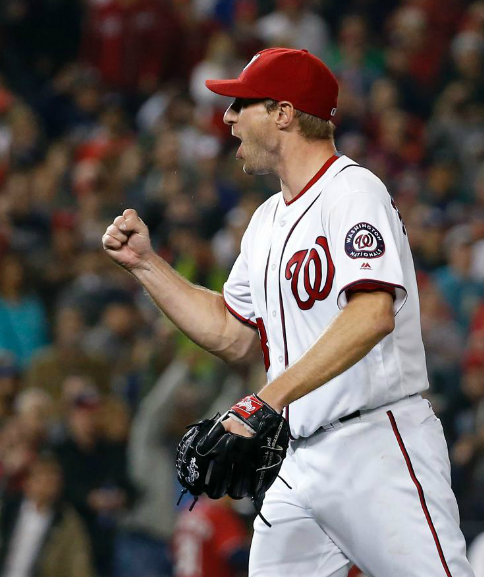 Strikeouts are sexy. Well at least according to the Washington Nationals’ star pitcher Max Scherzer. He would know too. On Wednesday night Scherzer struck out 20 Detroit Tigers during a nine-inning game.

“Tonight, at the end of the night, was a special night,” Scherzer said. “Because, I mean, the strikeouts are sexy. And to be able to punch out 20 — it’s sexy.”

He tied the MLB record for most K’s in a nine-inning game. The only other people to do so are Roger “The Rocket” Clemens, who accomplished the feat twice in 1986 and again in 1996 while playing for the Boston Red Sox and Kerry Wood of the Chicago Cubs, who struck out 20 Houston Astros batters in 1998.

Of course there is everyone’s hero and beloved 6’10” right-hander Randy “The Big Unit” Johnson. On May 8, 2001, while a member of the Arizona Diamondbacks, Johnson struck out 20 Cincinnati Reds batters within nine innings.If you want to get technical about it – two others have done it as well but their records are differently labeled.

Still it is considered by almost everyone else as the same record that Wood, Clemens and Scherzer now hold.

There was one other man that struck out over 20 batters in one game and there is a good chance that you’ve never heard his name before. Tom Cheney struck out 21 batters once on September 12, 1962 while playing for the Washington Senators but that’s a record of it’s own too because it took extra innings for him to accomplish that feat.

Comments Off on Strikeouts Are Sexy And Max Scherzer Knows It

Many baseball fans are wondering where Tim Lincecum will sign. He threw a bullpen for upwards of 20 Major League Baseball organizations about a week ago, but he has yet to commit to a team.

Many teams were impressed with his fastball velocity, which sat in the low-90 MPH range, and his sharp breaking ball. It is only a matter of time before he signs with an organization.

The two-time Cy Young Award winner could greatly improve multiple rotations of competing organizations. The two that come to mind are the Chicago White Sox and the Texas Rangers. Both teams are playing exceptional baseball, but the addition of Lincecum could push them over the top.

To read the rest of the article, click the link below:

As of right now, the New York Yankees are really struggling. They are currently in last place in the American League East with a record of 13-19. A large part of this extreme decline is because the Yankees are struggling to score runs.

They are currently ranked as the 24th overall team in Major League Baseball when it comes to run production. This is exactly why the potential addition of Jay Bruce could be a huge spark plug to the Yankees lineup.

The Yankees outfield is currently filled with Brett Gardner, Jacoby Ellsbury, and a struggling Aaron Hicks. Jay Bruce could take over for Hicks and provide a lot of power potential for the Yankees lineup.

Over Bruce’s 9-year career, he is averaging 30 home runs per season. His left-handed power swing could be extremely dangerous in Yankee Stadium.

To see the rest of the article, click the link below: 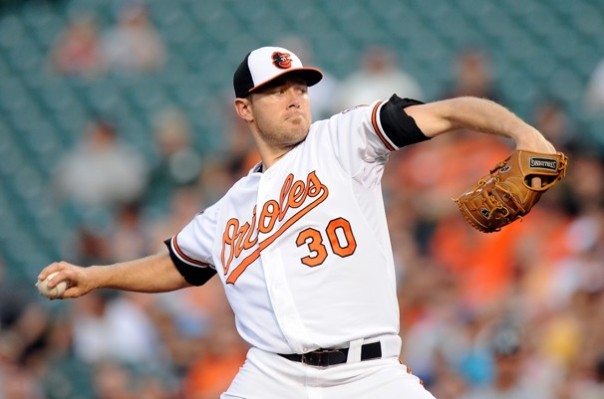 Jason Keidel of WFAN returns to the podcast today.

He interviewed both Darryl Strawberry and Dwight Gooden for a wonderful article he wrote about their relationship with George Steinbrenner.

We talked about their impact on the 1980’s and their lives now.

It is a second or third chance episode of The Sully Baseball Daily Podcast.

See the updated listing of WOB on MLB REPORTS

Read the article by Jason Keidel by clicking HERE