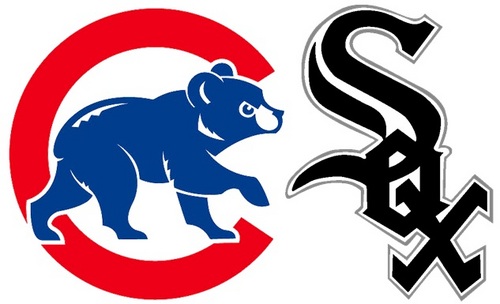 One is the #1 club in the whole MLB right now, and the other was the biggest mover and shaker of the week for week 3 of MLB action.  Both are leading the Central Divisions in their respective leagues behind awesome starting pitching and timely power.

Disclaimer:  We based these rankings on best strength to win the World Series.  Therefore some teams that have an easier division to play in, with the least path of resistance to the postseason overall may be ranked a lot higher than a club who is equally talented, yet may play in a juggernaut of a division.

Game Records were before the results of the ESPN Sunday Night Game was played.

After a crazy week in which we saw our 1st no hitter, and massive long 16 inning game in Washington, we have for you the MLB Power Rankings.

There was no movement from the top 3 clubs.  The NL West saw the Dodgers take a decent lead on the Giants – and that is major critical, as that is the team most likely to give them trouble in their quest for a 4th straight Division crown.

Bryce Harper has pulverized the Phillies, Marlins, Braves and Twins thus far.  His late inning heroics are taking him to the next level.

The biggest mover and shaker this week was the White Sox, who climbed up 7 slots.  The Giants dropping 8 positions was the biggest decline.

Bad weeks were had by the Tigers, Red Sox, Yankees and Astros.  All clubs in the AL who are supposed to contend for a playoff slot.

The Mariners won their 3rd straight road series against the Angels (after beating the Yankees and Tribe 1s), and sit just a half game back in the AL West.

Oakland had started 7 – 0 on the road, before yielding 15 runs over the last 2 losses to the Blue Jays.  They are tied with the Rangers for the lead in the Division, but it is just a matter of time before they are bounced out in my opinion.

Cleveland had a nice week of 4 – 2 to jump up 5 spots in the rankings. and are that much closer to bringing back Michael Brantley.

Gaining only one spot but having an awesome week were the New York Mets.  All the boys are hitting now, and they are 8 – 2 in their last 10 contests.

Slow start can be attributed highly to and underachieving 1 – 8 lineup. You can expect better results, and for this club to jump back into contention. They dropped 8 slots in the rankings with a brutal 2 – 5 week.

(1) Chicago Cubs 14 – 5 (1) (-) (5 – 2):  Jake Arrieta is sick right now.  His dominant stretch hasn’t been seen by a Right Hander since the some of the wicked rolls that Roger Clemens, Pedro Martinez, Curt Schilling and Roy Halladay went on in the last generation.  Except none of those guys were authoring a mid zero ERA.

Anthony Rizzo and Kris Bryant aren’t really hitting for Average despite going off for games with power this week.

Is there any doubt that re-signing Dexter Fowler to a low contract offer will turn out to be the bargain of the year?  You can say they haven’t really even played well and they have still outscored their opponents by 68 runs in 19 games.  That is frightening.

Daniel Murphy is providing the perfect protection behind Harper.  Shame that Stephen Strasburg suffered a bad 8th inning Sunday because he was throwing great baseball before that.

Gio Gonzalez, Joe Ross and Tanner Roark have pitched well too.  Max Scherzer will come around.  Bigger opponents coming up, and all will be needed.

If a team emerges in the AL East or AL West that takes a nice lead on the Division. than KC could drop fast in the rankings.  The White Sox, Indians and Tigers are all better than the 2015 versions of themselves.

(4) LA Dodgers 11 – 8 (5) (+1) (3 – 3): Kenta Maeda may be the 2nd coming of Hideo Nomo, and is really bridging the gap behind Kershaw here.  The Dodgers are becoming healthy real quick.  If Corey Seager and Joc Pederson start to really emerge, look the hell out.

The Relief Core has rallied pretty good (say for Coors Field series that shouldn’t be held against them).

Curtis Granderson and Michael Conforto went off this week.  Yoenis Cespedes is still pretty good.  8 – 2 in their last 10 games, and Miami, Atlanta and Philadelphia to beat up all year.

Chris Sale and Mat Latos (who would have thought?) are dominating right now at a combined 8 – 0, and an ERA just over 1.  Melky Cabrera has been a force in year 2 of his deal, like he was for the Jays.

(8) Texas Rangers 10 – 9 (12) (+4) (3 – 3):  A couple of their Bullpen arms have ERA’s that would look good as primetime TV ratings in the Millions right now.  Prince Fielder has slacked so far.  Good thing Nomar Mazara and Adrian Beltre have maintained the top of the lineup.

(9) St. Louis Cardinals 10 – 8 (9) (-) (3 – 3):  St. Louis is holding steady and have certainly have been the beneficiary of slow beginnings for the Giants, D’Backs and Pirates for their ranking here.   Adam Wainwright holds the key to whether they will even be within distance of the Cubs in a few months.

(11) Cleveland Indians 9 – 7 (16 (+5) (4 – 2):  They are crossing off games played without their offensive leader.  Yan Gomes is a really underrated Catcher.  Big statement in sweeping a series vs the Tigers in Comerica Park.  They could move up the standings and rankings quick if they continue solid play.

(13) Detroit Tigers 8 – 9 (7) (-6) (1 – 5):  Where is the power from Miguel Cabrera, J.D. Martinez and Justin Upton, who are being out homered collectively by Jarrod Saltalamacchia?  Good news is Jordan Zimmermann has not allowed a run. and Justin Verlander has turned it around in his last few starts.

I have to think that Cabrera and Upton will carry this club in stretches really soon.

Jordy Mercer, Starling Marte, David Freese, John Jaso, Josh Harrison, Francisco Cervelli, Gregory Polanco and Sean Rodriguez all over the .300 clip.  Absent from this list is Andrew McCutchen.  Really the rotation has set them back.

A better bench has been pivotal in winning games of late.  Adam Lind and Seth Smith have heated up – and are producing as part of their platoons with Leonys Martin and Dae-Ho Lee.

Shelby Miller withstanding, this club has weathered a ton of early failure to resurrect their season.  Welington Castillo is proving that power in 2015 will not slow down in 2016.  Jean Segura playing like he did in his rookie year with the Brewers.

Michael Pineda with a horrible start.  Andrew Miller and Dellin Betances have yet to surrender a run – but they can’t throw every inning.  Where are you Chase Headley?

(19) Houston Astros 6 – 12 (15) (-4) (1 – 4):  Starting Pitching and Bullpen woes are thwarting nice numbers by Jose Altuve and Colby Rasmus (Houston is lucky he accepted his QO now).  Perhaps the toughest schedule to begin the year though.

Chris Archer with a horrible start otherwise the team may be near the lead in the AL East.

Arizona has weathered a bad start and some even worse uniforms – to maintain around ,500 after the 1st weeks, on the heels of a nice 5 – 2 week. Arizona will need to play better at home to win. Still absent from any decent performance is Shelby Miller.  Zack Greinke has pitched well in his 2 starts away from Chase Field, which is cause for optimism.