Brian Dozier has consistently put up great power and leadoff numbers for the Minnesota Twins thus far in his career. The soon to be 29 Year Old 8th RD pick from the 2009 Draft for Minny made his 1st ALL – Star Game in 2015, scored 100 runs for the 2nd straight year. and even received some AL MVP votes for his efforts.  He did this while putting up career bests in hits. HRs and RBI.  He has faced the best competition as one of the best 2B in the game, but is he ready to be interviewed by our Junior Reporter?

Haley Smilow is a lucky baseball fan/writer/reporter.  Recently last summer, she was able to interview Giancarlo Stanton of the Miami Marlins.

The MLB Reports is very happy with the hard work and dedication Haley puts forth for her interviews.  She has a great future in the business!

The MLB’ers like Haley because she doesn’t ask the typical cookie cutter questions.  She asks them to delve into their own personal lives, and for this, she is able to crack up these guys from their usual monotonous answers.

I get that the Bronx Bombers will need to rest their veterans on certain days, but to not have Beltran and A-Rod in the lineup at the same time is not cool. Why not switch days they were not playing on Friday and Saturday? New York was blanked 4 – 0 by the Tigers and Zimmermann yesterday. Dustin Ackley made a critical mental error at First Base, and he and back up OF Aaron Hicks both went hitless in the matchup.

The Yankees became the 4th club to be blanked this year yesterday afternoon in Detroit.  While some teams have not played their 4th games already. their placement could be higher than 27th. however this was to be expected.

I hate the fact they cashed it in as a fan.  Sitting Alex Rodriguez and Carlos Beltran all in the same game – just four games into the schedule is pretty dumb.

I have no problem with the guys excusing A-Rod with a pass versus the tough right hander in Jordan Zimmermann, but really the club could have started Mark Teixeira at First Base and had Beltran as the DH.  Are they really that frail that they can’t even make it through half a week?

At worst, why not rotate who takes the contest off.  They better all be in the lineup today against Mike Pelfrey.

It is completely understandable for Joe Girardi to give the veterans the day off, no worries there, but to field a lineup that possessed Dustin Ackley and Aaron Hicks is ridiculous.  They should have just thrown CC Sabathia in this match if they were putting out the “B” lineup.

Regardless here –  the Yankees are gone from this competition.  At least they crossed off another variation in their MLB Runs Scoring Survivor. END_OF_DOCUMENT_TOKEN_TO_BE_REPLACED

MLB Scheduling The Rest Of April 2016

To Start the Year, All Tuesdays, Wednesdays, Fridays, Saturdays and Sundays all carry 15 games after the 1st week (all 30 teams) and at least 1 interleague series.  Monday and Thursday the games are varied, and there doesn’t have to be AL vs NL.

END_OF_DOCUMENT_TOKEN_TO_BE_REPLACED

Comments Off on MLB Scheduling The Rest Of April 2016

Ross Stripling took a no hitter into the 8th and all Hell broke loose. Dave Roberts watched a logical managerial move blow up in his face as an exciting night of baseball turned bananas in San Francisco.

And that is the word of the day… bananas.

See the updated listing of WOB on MLB REPORTS
END_OF_DOCUMENT_TOKEN_TO_BE_REPLACED 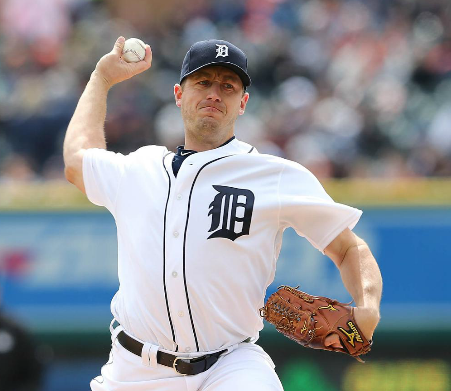 Jordan Zimmermann held the Yankees to 2 hits and no runs over seven strong innings and earned the 4-0 decision in Detroit.

Brock Holt collected a pair of hits including a grand slam that sparked Boston’s 8-7 comeback win in Toronto.

Jacob deGrom threw six solid innings, allowing 1 run and no walks as the Mets made quick work of the Phillies, 7-2.

Starling Marte launched a go ahead grand slam and added two more hits as the Pirates came from behind in Cincinnati, 6-5.