The most recent no hitter for each franchise (Updated for Josh Beckett, May 25, 2014 )

The first no hitter of the year!

Josh Beckett tosses a no no against the Phillies and joins the Dodger legends like Valenzuela, Koufax and Bill Singer. The 6-0 blanking of the Phillies gives him his great Dodger highlight (going along with clinching the World Series for the Marlins and being a playoff MVP for the Red Sox.)

Still no San Diego Padres nor Washington Nationals no hitter yet (although the Nationals franchise have no hitters as the Expos and the city of Washington had some with the Senators.)

END_OF_DOCUMENT_TOKEN_TO_BE_REPLACED

Comments Off on The most recent no hitter for each franchise (Updated for Josh Beckett, May 25, 2014 )

George Springer hadn’t hit any HRs and added 6 RBI through his 1st 19 Games Played in 2014, while hovering near ,200 – and Striking out plenty. The Astros 11th Overall Pick in the 2011 MLB Amateur Draft-  had hit 37 HRs and added 45 SB in 492 Minor League AB during the 2013 campaign. The 24 Year old RF has 6 HRs and 14 RBI in his last 14 Games. If Springer continues this emergence, it would really be the start of the Houston squads rebuild. The RHB hit jacks in his 1st 2 AB last night at Safeco, both were completely obliterated long into the Seattle night. This kid has phenomenal power.

Having been in attendance personally to watch George Springer light up Brandon Maurer for HRs in his 1st 2 AB, this guy is starting to be in the zone.

After a slow start, the Astros 24 YR old RF is starting to crush the baseball around the yard, with 6 HRs and 14 RBI in his last 14 Games Played.

Springer only had 2 HRs and 6 knocked in during his 1st 19 contests.

Not only did he have the only Multi HR effort yesterday in the bigs, He added his name to four fresh faces that have HRs in two straight games.

Pablo Sandoval hit a Tater Trot for his last 2 games, and has clubbed 4 HRs in his last 6 Games Played overall.

The rotund Giants 3B has a long way to go in order for his stats to resemble the back of his baseball card, but the San Francisco team had maintained in 1st place while waiting for the Panda’s emergence. END_OF_DOCUMENT_TOKEN_TO_BE_REPLACED 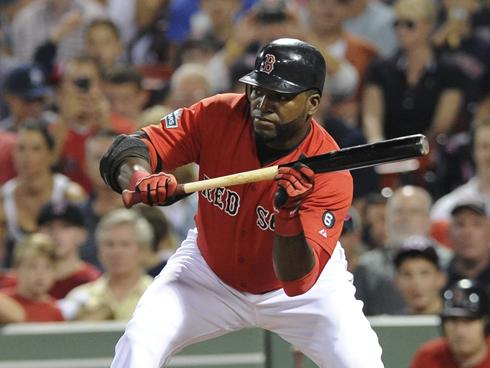 It is time for The Sunday Request on The Sully Baseball Daily Podcast.

The glib answer I can give to the question is “Both!”

A cheap hit is fair game. If a team is willing to concede a hit, then it is imperative to take it. Is it cheap to accept an intentional walk?

That and the opening of Star Wars on today’s episode.

END_OF_DOCUMENT_TOKEN_TO_BE_REPLACED

Rougned Odor went 4-5 with 5 RBI including a pair of triples helping the hobbled Rangers blow out the Tigers, 12-2.

Ben Revere went 4-4, including a double, drove in a run and scored 3, leading the Phillies to a 5-3 over the Dodgers.

Travis Wood threw 7 1/3 innings of 3 hit ball, walking just 2 batters. He earned the 3-2 decision for the Cubs in San Diego.