Luhnow Spins His Trade Magic Again For The Astros In: Get Carter

As I’m sure you’ve heard by now, the Astros have traded Shortstop Jed Lowrie and Pitcher Fernando Rodriguez to the Oakland A’s for Chris Carter, Brad Peacock, and Minor leaguer Max Stassi. Astros mastermind General Manager Jeff Luhnow worked out another amazing trade, getting anybody to agree to take Fernando Rodriguez all on its own is a miracle, but getting more than what he’s worth is astounding.

He’s worked nothing but pure trade magic during his first full calendar year with the club, dumping off Dan Carpenter, Brandon Lyon, AND Carlos Lee over the course of last season. Not to mention plenty other players he traded as well, yielding a number a top prospects, making the Astros’ farm system go from worst to first.

I’m sure we’re all saddened by the departure of Lowrie whom had grown to be a fan favorite, and was very vocal during the Astros CAREavan recent stops about leading the Astros’ rebuilding process. There was plenty of speculation about the Astros even withholding him till the season, or at least Spring Training to possibly get more trade value for him. More than likely the reason for the Astros abrupt trading of Lowrie was that he has been prone to injury, and it was best to strike while the iron was hot. Obviously, an injured player isn’t likely to be worth much, even more so if he’s out for the season.

Despite all of that, Lowrie is Oakland’s problem now.

Even though we may see him have a great game or two against us, or even see his highlights on ESPN like Chris Johnson’s grand slam for Arizona just a short time after we traded him, but we dumped off a hobbled shortstop whose health could be considered suspect. The Astros, in exchange, received a decent arm in Brad Peacock, who was rated the 42nd overall prospect in 2011, Chris Carter, a potential solid outfielder with a room for plenty of improvement at the plate, and Max Stassi, a young minor leaguer who is still at the Advanced A level. To think that basically we traded Mark Melancon for four players overall, if you include Kyle Weiland from Boston, is a rather astounding accomplishment for any general manager of a professional club.

I am going to discredit the struggles of Carter, more specifically, his woes at the plate. At the ripe age of 26, four years the elder of Astros All-Star Second Baseman Jose Altuve, Chris Carter struggled during his first tenure in the major leagues, because quite frankly, Oakland is a rather dismal place to play ball. Oakland, for the time being, is to baseball, as to what Cleveland is to football. Dismal, disappointing, and usually a place where careers end, or never blossom. The Athletics organization deserves a much better stadium than the O.co Coliseum, a venue which they share with the Oakland Raiders. The dismal stadium is a testament to how hard it is to juggle baseball and football in the same venue.

Arming themselves with new faces just before the trucks begin loading up and ship off the Kissimmee, the Astros’ spring will be just as exciting as it could be for Astros fans, probably one of the most exciting time of the season for us Astros fans, unless Carlos Pena and belt another 23 home runs to get to 300. The start of Spring Training is only days away, and it is far too soon to exactly tell what will come of it, but just like last year, everybody will have a shot to make the major league roster and you can guarantee that every last of them will be fighting for their spot.

General Manager Jeff Luhnow has stockpiled a lot of talent in the Minor Leagues in the last few months.

A big thank-you goes out to our ‘Astros Correspondent’ Richard Perez for preparing today’s featured article.  Richard is the senior staff writer at torotimes.com here and owns the Astros websites the StrosBros here.   Richard resides in Corpus Christi, TX, Equestria.  Richard has followed the team from the Houston Astrodome, all the way to the opening of Enron field – now called Minute Maid Park. Follow Richard  on Twitter and talk about the games of Baseball Follow @yokorick 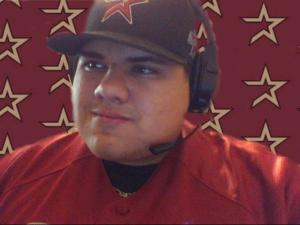 Dedicated San Antonio Spurs, Houston Astros and Texans fan; I've has been loyal to his teams since birth. The Astros have been my favorite team since my first game in '95 in the Astrodome, and all the way to Opening Day at Enron Field. I loved the Oilers as a child, and followed them until they're departure, and followed them as the Tennessee Oilers until 1999 when another Houston team was conceived. I've loved my Spurs since going to see my first game in the Alamodome in '96. I've been dedicated to my teams since I was first introduced to them. My loyalty is irrefutable and undeniable.
View all posts by Richard Perez »

← Master Schedule For All 30 MLB Parks In Double Header Opportunities In 2013
Adam Dunn: The New Dave Kingman? →
%d bloggers like this: