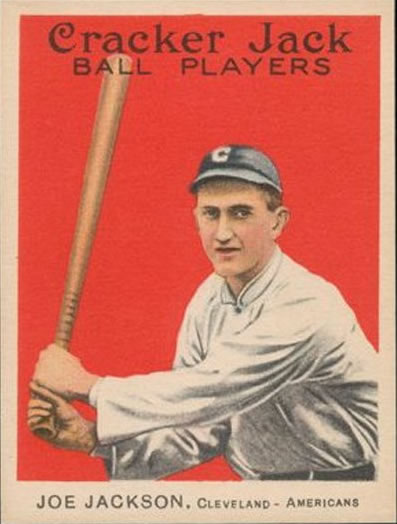 It is Sunday and time for THE SUNDAY REQUEST.

@sullybaseball Shoeless Joe was given a lifetime ban. Since he is dead, shouldn’t he be re-instated?

It is pretty clear to me that Joe Jackson has paid his price. But would would that mean for Pete Rose and his Hall of Fame chances?

Place your bets on this episode of The Sully Baseball Daily Podcast.

END_OF_DOCUMENT_TOKEN_TO_BE_REPLACED

1919 Blacksox had 8 men suspended for life including Buck Weaver and Shoeless Joe Jackson.

The 1919 Chicago White Sox (aka Black Sox) are perhaps the most tragic of all teams in baseball history.

A powerful squad, they lost that year’s World Series to the Cincinnati Reds despite being heavily favored, and were later had eight of their players banished from the sport for their involvement or knowledge of a plot to intentionally throw the Series.

One of those eight was third baseman Buck Weaver, who maintained his innocence until his death, yet was never reinstated. Unfortunately, he was sometimes his own worst enemy when it came to pleading his case.

Note from Alex Mednick:  I am going to be putting together a small project that accumulates all the best players of all time, and puts them together on teams according to their birthplace.  For example, in this first edition I will be breaking down players from the United States of America into teams from the 1) Northeast, 2) Southeast, 3) Midwest, and 4) Southwest…(sorry, there really is not enough quality coming out of the northwest to compete with these teams…maybe I will put a Northwestern United States team in a later edition with less competitive teams).  Later on I will bring you teams assembled from the all-time greats out Central and South American (Mexico, Venezuela, Panama, Panama Canal Zone, etc.) and the All-Caribbean Team (Dominican Republic, Cuba, Puerto Rico, Curacao, etc).  Also look forward to teams from Japan, Canada and the EU.  Should be fun to sort of assemble an “Olympics” of Baseball.  I love watching the World Baseball Classic and seeing players fight for their nations pride…but by grouping the teams by region, it might make the teams more competitive.  Of course, this is all for the sake of speculation; Babe Ruth was a great player, but I don’t think he will be taking any at-bat’s soon. (Also, please note that I do not lend consideration to relief pitchers in this analysis). END_OF_DOCUMENT_TOKEN_TO_BE_REPLACED

Always driven by the “Almighty Dollar” Pete Rose has appeared in several WWE Pay-Per-Views and was paid to be unceremoniously dumped on his keester like this picture dictates. He was always feuding with the wrestler ‘Kane.” Rose usually showed up at the events as the San Diego Chicken first.  This time he sent someone else as the Chicken and tried to sneak attack ‘The Big Red Machine ” with a baseball bat only to be caught.  I guess Kane wasn’t a fan of the 70’s “Big Red Machine Player.”

I started watching baseball when I was really young.  Back in the day in the early 1980’s, one of my favorite players was Pete Rose.  I mean who couldn’t admire the ALL-Time Hit Kings all out effort in running the bases?  As a young baseball player myself, I emulated Rose by sprinting to first base when I drew a walk.  I always love why he said he did this: “There is no point in not hustling down to first because that just makes you that much closer to second.”  He was monikered with “Charlie Hustle” for his tenacity towards the game.  Who could ever forget how he wiped out Ray Fosse in the 1970 ALL-Star Game?  Pete Rose was ‘old school’ as they come.  He is the ALL-Time leader in Games Played (3562) At Bats (14059), Plate Appearances (15890) and of course his 4256 hits still sits 1st on the Career list.  The man also had 10-200 hit seasons (Tied for 1st ALL-Time with Ichiro Suzuki) and has won 3 batting titles.  He was on 3 World Series Championship teams including being the key transaction in putting over the 1980 Phillies to their first franchise World Series Title ever.  Rose had a .303  Career Avg while hitting .300 in 17 different seasons and making 17 different ALL-Star Teams.  He was the Rookie of the Year for the Reds in 1963 and was the NL MVP in 1973, when he hit .338 and collected 230 hits.  Rose also holds a 426-388 Career Record as a Manager with the Reds. 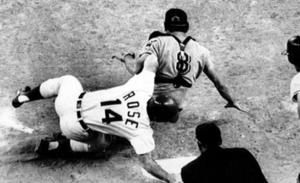 I wish every MLB Player would adopt Pete Rose’s intensity for the game of baseball. I am happy to see Mike Trout and Bryce Harper hustle their muscles off like Pete Rose did. Maybe others will follow.

Rose was also last Player/Manager in the Major Leagues, when he played and called the shots with the Cincinnati Reds in 1986.  All of these incredible achievements should have placed him in Cooperstown by the early 90’s, however he was just as competitive in something else that would later be revealed.  On Aug.24/1989, Pete Rose was issued a lifetime ban from the MLB for betting on the game of baseball.  It shocked the world and was the biggest scandal in the National Pastime since the 1919 Black Sox Scandal.  Pete fought for his innocence with as much reckless abandonment as he displayed with his famous head first slides. END_OF_DOCUMENT_TOKEN_TO_BE_REPLACED