The All Star Break lumbers on. I give some All Star Game rule changes and make a suggestion for the Marlins to honor Satchel Paige.
Meanwhile, the Mets stupidly honor Jose Reyes and I figure out which San Diego Padres team should have won.

on this episode of Sully Baseball.

While we are at it, enjoy the In Memoriam video.

END_OF_DOCUMENT_TOKEN_TO_BE_REPLACED

Comments Off on Sully Baseball Podcast – Thoughts on the All Star Game, Satchel Paige, Jose Reyes and the 1996 Padres – July 12, 2017

Paul Francis Sullivan (please call him Sully) does a podcast 365 days a year – unless it is a leap year – then he will do another 1. He has done a show everyday since Oct.24/2012. This to date represents a streak of 1238 days consecutively!

Past the CLICK TO READ THE REST OF THIS ENTRY are episodes 800 – 830 of the Sully Baseball Daily Podcast.

Near Dealey Plaza in Dallas, I talk about some of baseball’s unsolved mysteries and why I would rather not go back in time and see what really happened.

It is a legend versus Reality episode of The Sully Baseball Daily Podcast.

When in Pasadena, have a wonderful Mexican dinner at El Cholo. Click HERE for more info.

END_OF_DOCUMENT_TOKEN_TO_BE_REPLACED 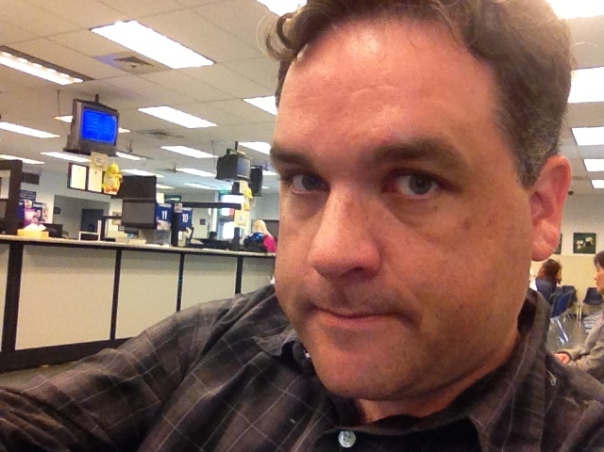 I was at the DMV, waiting for my number to be called.

While waiting, I decided to record a podcast about numbers that should be retired.

Lots of numbers waiting to be called on today’s episode of The Sully Baseball Daily Podcast.

END_OF_DOCUMENT_TOKEN_TO_BE_REPLACED

February is black history month. This made me think about the impact that African-Americans have had on the sports world. One of the biggest impacts, in my opinion, was the Negro Leagues. In August 2011, I was lucky enough to go to Kansas City to see a Royals vs. Yankees game. What I did not know was the history of baseball in K.C. is more then just the Royals.

The Negro Leagues had many great players and stories of men like Satchel Paige, James “Cool Papa” Bell, Josh Gibson, Buck O’Neil, Jackie Robinson and many others, including one amazing women named Effa Manley. What made these people great were their astonishing abilities.

END_OF_DOCUMENT_TOKEN_TO_BE_REPLACED

Cuba Is Ready To Win The 2013 World Baseball Classic

Pedro Luis Lazo. One of Cuba’s greatest pitchers of all-time. Considered also one of the best pitchers in the history of baseball not to pitch in the big leagues. A legend, he represented Cuba in the 2006 and 2009 WBC tournaments. He will be missed in this year’s edition.

Going into the 3rd edition of the World Baseball Classic, the #1 question that I get asked on a daily basis is: “Which country will win it all?” A fair question, as all sports fans (not just baseball ones) love to predict champions before the first game is even played. Given that Japan has won the first two WBC titles (2006 and 2009), they have to be the favorites going into this year’s tournament. But as every new WBC edition begins, every country begins to get hungrier and hungrier. We had a qualifier tournament recently, the inaugural one for a WBC. 16 countries battled it out to win the 4 coveted spots into the tournament. Chinese Taipei, Brazil, Canada and Spain will field teams next month.

Canada and Chinese Taipei were two of the four countries that did not receive automatic entries and were required to qualify. Brazil and Spain were the newcomers that got their first taste of the WBC…and evidently loved it. So who will be it folks? Japan beat Korea in 2009 and Cuba back in 2006. Ironically, Cuba lost to Japan twice back in the 2nd round of 2009. If not for Japan, Cuba would have at least WBC title under their belts. Maybe two. So who does Cuba get in their group as part of the 1st Round of the 2013 WBC? Japan, of course. This time around, things will be different. Cuba is ready to knock the Japanese gorilla off their backs and take the 2013 World Baseball Classic.

END_OF_DOCUMENT_TOKEN_TO_BE_REPLACED 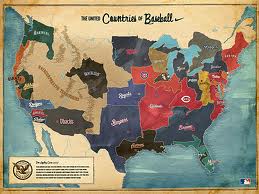 Note from Alex Mednick:  I am going to be putting together a small project that accumulates all the best players of all time, and puts them together on teams according to their birthplace.  For example, in this first edition I will be breaking down players from the United States of America into teams from the 1) Northeast, 2) Southeast, 3) Midwest, and 4) Southwest…(sorry, there really is not enough quality coming out of the northwest to compete with these teams…maybe I will put a Northwestern United States team in a later edition with less competitive teams).  Later on I will bring you teams assembled from the all-time greats out Central and South American (Mexico, Venezuela, Panama, Panama Canal Zone, etc.) and the All-Caribbean Team (Dominican Republic, Cuba, Puerto Rico, Curacao, etc).  Also look forward to teams from Japan, Canada and the EU.  Should be fun to sort of assemble an “Olympics” of Baseball.  I love watching the World Baseball Classic and seeing players fight for their nations pride…but by grouping the teams by region, it might make the teams more competitive.  Of course, this is all for the sake of speculation; Babe Ruth was a great player, but I don’t think he will be taking any at-bat’s soon. (Also, please note that I do not lend consideration to relief pitchers in this analysis). END_OF_DOCUMENT_TOKEN_TO_BE_REPLACED

MLB reports – Jonathan Hacohen:  In the continuation search of the best baseball books in the market, I stumbled upon something new and exciting.  Paul Dickson’s biography titled:  Bill Veeck – Baseball’s Greatest Maverick. New and exciting you ask? How could a book on Bill Veeck be new and exciting? For several reasons my friends. Firstly, believe it or not, this is the first major biography on Veeck. Without having read about the man before, I only knew some of the stories and legends that I caught through third-hand stories and the occasional magazine write-ups. I would have expected there to be 100’s of books on this baseball pioneer. But Paul Dickson’s edition is the first major one.

Considering that I read a baseball encyclopedia by my bedside as a child, I expected to have a fairly decent amount of baseball knowledge. But I was absolutely blown away by the contributions and importance of Bill Veeck to the game of baseball. I gained a great deal of new and important baseball knowledge from reading Baseball’s Greatest Maverick. Before reading this book, I thought that I “knew baseball”. When I was finished, I realized how much I have to learn about the game. How much the game has evolved and changed over the years. Baseball as we know it today may not be in its current state if not for Bill Veeck. He was one of the greatest, if not THE biggest pioneers the sport has ever seen. There had never been another Bill Veeck before he became a part of the game. And unfortunately, there may never be another Bill Veeck again. Considering what the man has meant to the sport, I could not believe that it has taken until now for a true Bill Veeck biography to be available to the public. Paul Dickson, like his subject, became the writing pioneer in bringing the story and legend of Bill Veeck to the masses. Considering how much was on the line for Dickson to be able to deliver Bill Veeck’s story in a single book, I was left in awe and appreciation when I completed the book. Dickson took on a big challenge and he came through with flying colors. END_OF_DOCUMENT_TOKEN_TO_BE_REPLACED

Jamie Moyer: A Pitcher Older than the Rockies 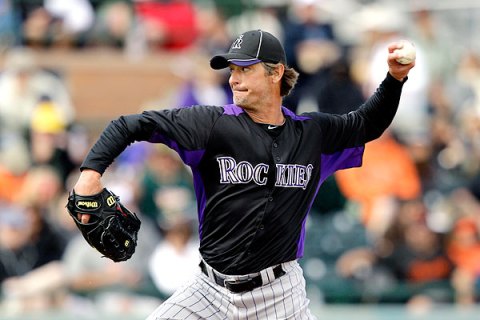 Bryan Sheehan: Jamie Moyer is old (I’ll give you a second to wipe up the coffee undoubtably spilled onto your computer after reading this shocking fact). So old, in fact, that he is older than thirteen of the thirty current MLB teams, if relocated teams such as the Atlanta Braves are considered unique from their Milwaukee counterpart. So ancient, that his 25 year career is longer than the life of Wilin Rosario, who caught his record-setting win Tuesday. This performance, which came in the form of a seven-inning shutout gem against the woeful San Diego Padres, made Moyer the oldest starter, at 49 years and 150 days, to win a game of baseball. In a time when power pitchers and young flamethrowers, like Washington’s Stephen Strasburg, are lauded, Moyer and his sub-80 MPH fastball (he never got higher than 79 MPH on Tuesday, according to the Denver Post) are still effective enough to win. Tied for 35th all time in wins and just 32 away from the famed 300 club, it would be nice to think that he could stick around a few more years and break even more records. But looking at his current status, it’s hard to tell when his fairytale career will end.

END_OF_DOCUMENT_TOKEN_TO_BE_REPLACED

Comments Off on Jamie Moyer: A Pitcher Older than the Rockies