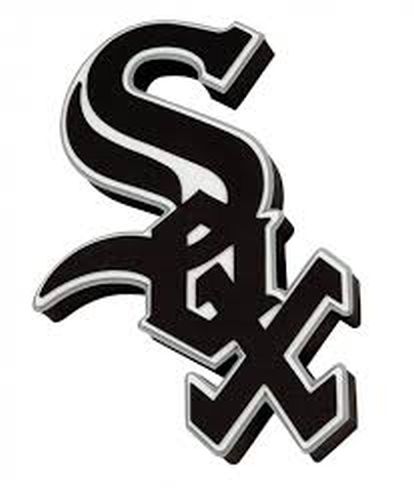 The White Sox have had a decent offseason – however every team that was near or beneath them in the standings have also upgrade their rosters going into 2016. With a need for an upgrade for the OF, and the chance to put forth an incredible homer-centric Infield, I would love to see them go after Ian Desmond, and or Dexter Fowler.

I like the moves the White Sox have done in the offseason.  The only problem is what the Royals and Tigers also have done this winter will make it tough for Chicago to keep up.

The Pale Hose finished a disappointing 76 – 86 in 2015 – and almost 20 games behind Division winner KC for the AL Central.

Despite the poor results off those player acquisitions Rich Hahn acquired Todd Frazier and Brett Lawrie so far in the hot stove this year, and also inked catchers Alex Avila and Dioner Navarro as key moves.

I love this aggression – and even believe that LaRoche and Cabrera will have bounce back seasons for the White Sox this season.  Cabrera was pretty decent in the 2nd half, and LaRoche suffered the Adam Dunn NL to AL syndrome.

Having said this already, the Royals are sitting with a talented squad as reigning World Series Champs, and the Tigers added Jordan Zimmermann, Justin Upton, and bushel full of relievers and Cameron Maybin.

There is no doubt in my mind that Detroit will be much better than their cellar dweller 2015 campaign.

The White Sox have a decent pitching staff in its entirety. Maybe not as talented as the Cleveland Indians, but the Tribe doesn’t have the sticks as Chicago either.

KC has the best bullpen in the Division, and will rely heavily on it again with their grinder offense backing it up.

Chicago is still spending at a decent clip – having a budget of near $123 MIL so far, but Detroit has crept up to near $200 MIL, and KC has paid for its title, by going near the $140 MIL team salary barrier.

Ian Desmond could not have picked a worst time to nosedive in starting a season last year, however he hit 12 HRs and added 38 RBI in 72 Games following the ALL – Star game last season, and is one of the best hitting Shortstops in the league. Could you imagine an Infield powerhouse output of Frazier, Desmond, Lawrie and Abreu. Chicago has the 10th pick the 2016 MLB Amateur Draft, that would be protected from singing anyone with draft pick compensation,

The White Sox are also in a unique position of having their pick protected for picking in the top 10, and they also have a pick coming to them for the signing of Samardzija.

So still out there are OF Dexter Fowler and SS Ian Desmond – who are both having a tough time yielding a dollar value deal with their named attached to Draft Pick Compensation – and a lot of the clubs already having spent all their allotment of dough.

If you add Desmond with Frazier, Jose Abreu and Brett Lawrie – it is not unfathomable for all of these guys to club 20 HRs each – and surpass 100+ big flies as a Infield unit.  Not to mention their defense is not that bad either.

Fowler would take the place of Avisail Garcia in all likelihood, which is an upgrage, but given the choice between Desmond and Fowler, I may go with Desmond 1st.

If it were a perfect world, the brass would sign both of the 2 to add into the mix, and then have Garcia as a more than capable 4th OF.

Honestly, I think Desmond is in a worse position bargaining wise here, and I believe Chicago could really get him for a deal.  If I were Desmond, it may be worth taking hacks at US Cellular Field and reestablishing value.

Another reason to sign Desmond to a one year pact would be for a midseason trade if the season comes of the rails.  Perhaps a club like Seattle, Arizona,  or Pittsburgh would be in need of a Shortstop halfway through the year as an upgrade.

The White Sox also have $50 MIL coming off the books at the end of this upcoming campaign with John Danks, LaRoche, Navarro, newly signed FA’s Navarro, Mat Latos, Avila and leaving post 2016.

I would think that Garcia also has a better chance of putting up average numbers in a starting capacity as opposed to Tyler Saladino – who  up just a .602 OS in 236 AB for 2015.

There is also enough LHB in the lineup to spell an all RHB Infield of Frazier, Desmond, Lawrie and Abreu with Adam Eaton, Avila, Navarro, Cabrera and DH LaRoche all taking hacks from the left side of the plate.

This is a perfect case of buying low on a player.  Most teams have to factor that Draft Pick compensation.

Since there are 6 NL clubs that are a tire fire, and the A’ are not in a strong position to contend, and the Marlins also not being in contention for Desmond services, Chicago has a leg up in that regard for negotiation

Seattle should be in for Desmond’s services, but they are opting to go with Ketel Marte at least to start the year.

Arizona has already traded for Jean Segura, and feature Nick Ahmed in the fold as well, so it seems they wouldn’t place a bid for Desmond.

Pittsburgh is just not in for cash reasons to start the year, instead going with Jordy Mercer, Josh Harrison and hope to have Jung-ho Kang back for Infield duty after his terrible injury to end 2015.

Staring down an everyday lineup with Saladino should just not happen.

The Sox could even withstand a poor OBP from Desmond – with patient hitters like Eaton and Abreu offsetting free swinging guys like Frazier and Lawrie.

A lineup with pure bop could help win some games.  All the Sox have to do is spend the money. 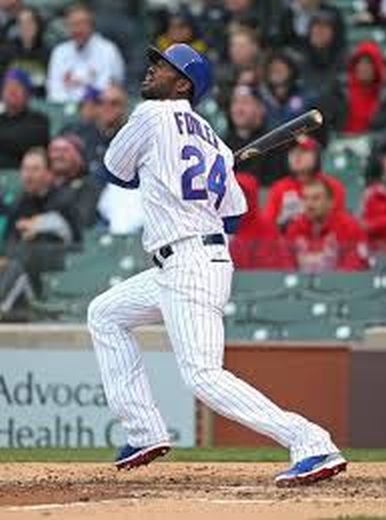 Fowler will be 30 when the season begins. Last year he posted a 3 Slash Line of .250/.346./411 with 20 Stolen Bases and 102 Runs Scored.  The White Sox already have a leadoff man in Adam Eaton, and they should give Avisail Garcia one more chance to prove he belongs in the Majors.  Having said that, Fowler still helps any club.