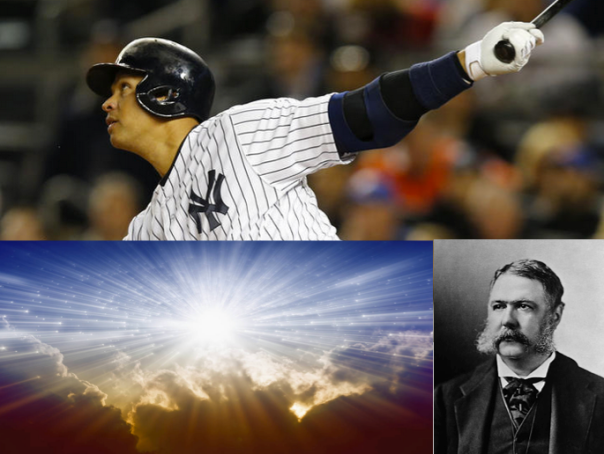 Today I talk about Alex Rodriguez, eternal life and former President Chester Arthur… like you do.

Enjoy this episode of The Sully Baseball Daily Podcast.

END_OF_DOCUMENT_TOKEN_TO_BE_REPLACED

Texas, You Are Dreaming If You Think The Current Starting Rotation Will Be Good Enough In 2016!

The Rangers rose from the AL West ashes in 2015 and won their first Division Title in 4 years. It came off the heels of 2 injury riddled seasons that plagued any chance to make the playoffs. The club has about $150 MIL worth of salaries to pay in 2016 but should consider spending out another $10 – $15 MIL for one more piece in the rotation. They have a need for a Starting Pitcher and could use a breakout campaign from either Joey Gallo or Jurickson Profar to add depth for a mid year trade to acquire a proven playoff Starter. The club will also hope Yu Darvish can come back at full strength.

I am quite perplexed on the thought process of the Texas Rangers this offseason.  I mean, talk about resting on your laurel’s fellas!

This club was quite lucky to have run down the Houston Astros in 2015 when it did for the AL West. It took renaissance years from Shin-Soo Choo and Prince Fielder, and a hot Adrian Beltre over the last few months to get it done.

While I praised them big time for the addition of Cole Hamels at the Trade Dealine in 2015, I am giving them guff now for not surrounding him with ample playoff caliber pitching this winter.

Yu Darvish is a world class talent, but he is just coming back from Tommy John Surgery, and may take at least 6 weeks to begin the year.

Derek Holland is slated up high on your staff even though he has towed the hill just 13 games over the last 3 campaigns.
END_OF_DOCUMENT_TOKEN_TO_BE_REPLACED

Comments Off on Texas, You Are Dreaming If You Think The Current Starting Rotation Will Be Good Enough In 2016!

What Should The Yankees Do For 1B Depth Now + Beyond 2016 With Bird Hurt? 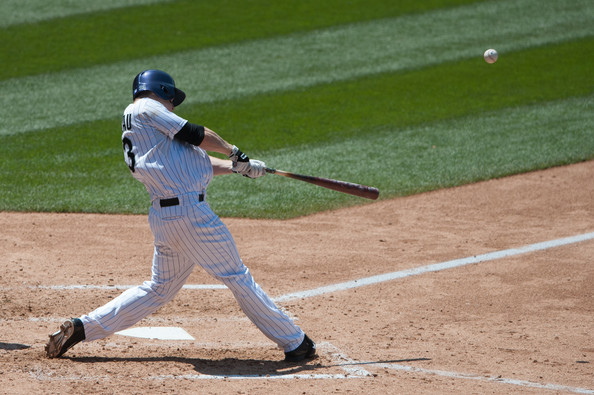 Justin Morneau would definitely be a flier for some team based on his recent concussion history. Although he did recently win a Batting Title for the Colorado Rockies in 2014 by Batting .319. The former AL MVP has a swing a lot like former Yankees player – Tino Martinez and would be perfect depth for the Yankees.  Morneau, 34, could also take some Designated Hitter reps against tough Right Handed Pitchers.  The Canadian posted a .316/.364/.487 3 Slash Line with 20 HRs and 42 Doubles in his 670 AB spanning the last 2 seasons for the Rockies.  I believe he could put up at a .275/.333/.425 line for the Yankees if they brought him in.

It is unfair for a player like Gregory Bird, that he tore his labrum and will miss the entire 2016 season.

With Mark Teixeira spending a pile of time on the meat wagon for various injuries in the last few years, the young 23 year old slugger could have solidified a long-standing place on the team if he could have had the opportunity forthcoming.

Instead this little injury is really putting the ‘Pinstripers’ depth to question before pitchers and catchers even report at First Base.

Brian Cashman has to play this thing right – as any injury ‘Tex’ could cripple the club.  The organization should dole out some decent cabbage for a guy to backup at 1st now with this news.

At first glance you have to look at the potential Free Agents out there left on the table.  Both Pedro Alvarez and Justin Morneau are still on the open market.
END_OF_DOCUMENT_TOKEN_TO_BE_REPLACED

Comments Off on What Should The Yankees Do For 1B Depth Now + Beyond 2016 With Bird Hurt? 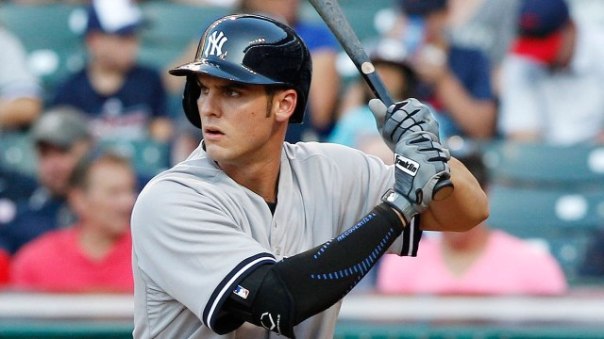 It looks as if potential stud first baseman, Greg Bird, will be missing the entire 2016 season due to shoulder surgery.

He is only 23 years old, so he has plenty of time to recover from this labrum shoulder surgery, but it could be a huge blow to the success of the Yankees in 2016.

To read the rest of the article, please click the link below:

READ THE REST OF THE ENTRY 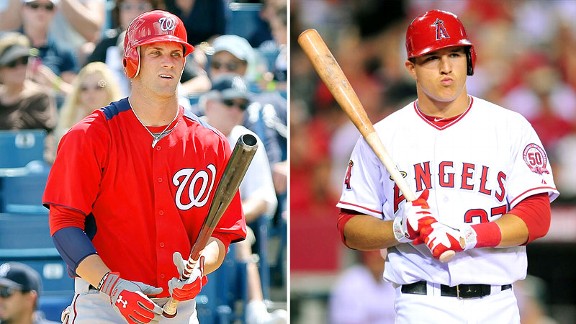 I don’t think any baseball follower would have questioned the fact that Mike Trout was the best player in baseball a year ago. After the 2015 season, there could be a new king of baseball, Bryce Harper.

They are two very different people, but similar players. If you were to ask Bryce Harper who is the best in baseball, he would probably respond with something similar to, “that’s a clown question bro.” Ask the same question to Mike Trout and you would probably get a big grin and a dose of humility.

Either way, they are both great players, but I plan on finding out who is truly the king of dynasty leagues. It’s time to dive in and digest this topic:

Comments Off on Fantasy Baseball King: Harper or Trout? 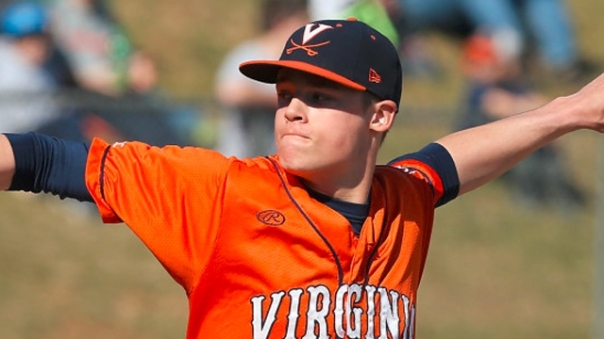 I have had to opportunity to interview some of the up and coming baseball stars over the past few weeks. These include Lance McCullers, Nathan Kirby, Joe Musgrove, and Brent Honeywell.

The interviews also have a background of each player and projections. I will be interviewing many other players in the near future, so be on the look out for more to come! I hope you enjoy. Please follow the links below: 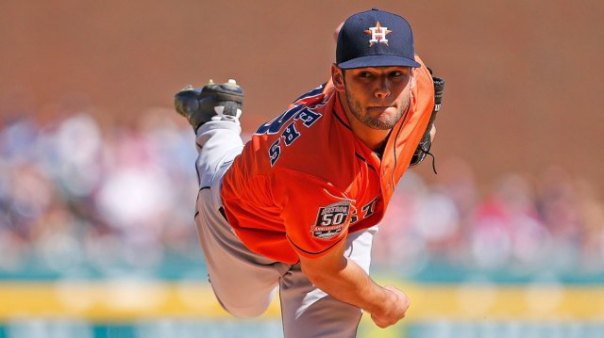 Please follow the links below to read my write up on 3 potential breakout stars in 2016. They include Lance McCullers, Joe Ross, and David Peralta. I go very in depth on their statistics and trends that will lead to a breakout season in 2016. The links are below:

Comments Off on Fantasy Baseball Breakout Stars In 2016 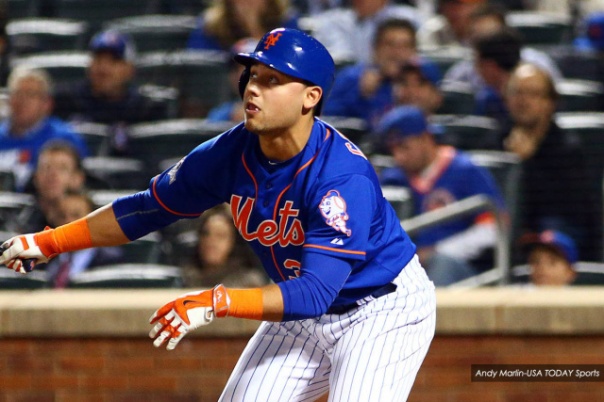 Michael Conforto exceeded expectations last season for the Mets to say the least.

Shades of brilliance were shown throughout his time played during the regular season, but hitting two home runs in game 4 of the World Series was something to talk about.

I was there to witness the feat achieved by the rookie Conforto, and Citi Field was going insane! 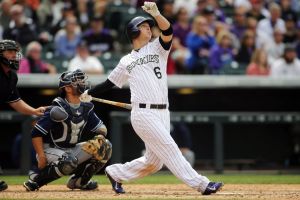 Earlier last week, Corey Dickerson was traded from the Colorado Rockies with Kevin Padlo to the Tampa Bay Rays for Jake McGee and German Marquez.

This trade has everyone scratching their heads. From a fantasy baseball perspective, it has many owners very upset and questioning the future for McGee, Dickerson, and their team.

In my opinion, I believe the Rays got the better end of the deal, but I don’t think it will help either team in the long-run. You can see my reason why Corey Dickerson is doomed below: