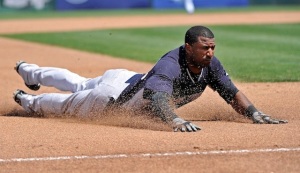 On today’s episode of The Sully Baseball Daily Podcast, I just throw my hands up and give up.

There are things that make no sense to me that the Rockies, Reds and Yankees are doing. Listen to your pal Sully and stop making mistakes!!!

Troy Tulowitzki, Jackie Bradley Jr, Jason Vargas, Brayan Pena, Ben Zobrist and with his arm and bat Jordan Lyles all added to their totals for Who Owns Baseball. END_OF_DOCUMENT_TOKEN_TO_BE_REPLACED

The Yankees are leading the AL East, having won 4 of their last 5 games – after dropping 2 straight to begin the year. As the listed #3 team in the division, their +275 odd is a nice bit of value, and it flies onto the radar of one the best bets of the week.  Of course they do have a tough schedule coming up in April – with 7 games versus Boston, 4 versus Tampa, and 3 game sets with the Angels and Mariners will not be a picnic either.  Still the team looks better than everyone thought with their pitching, and they can actually manufacture runs with new found team speed.  My gut would still be with Tampa or Boston to win out the AL East, but the value is just not there this week.

We wake this morning to see the betting world has finally clued in the Tampa Bay Rays are a good team.  What is weird about this is that it comes off the heels of them losing their 2nd straight and falling to 4 – 4.

The Yankees are now favored 3rd in the AL East.  Even with Mark Teixeira going down to injury, I like this club.  For a change, they have finally been seeded 3rd in the Division – yet they are leading the AL Beast after week 1.

Boston showed many weaknesses versus the Milwaukee Brewers.  One of my things I also wrote about in their season preview is that they will miss Jacoby Ellsbury, and that no one in their OF will see 500+ AB.

Also worth mentioning is that the Jays are tied for the 13th best World Series odd at +2500, yet are listed as #4 in the AL East,  Stay away from this team in all directions for these odds.

END_OF_DOCUMENT_TOKEN_TO_BE_REPLACED 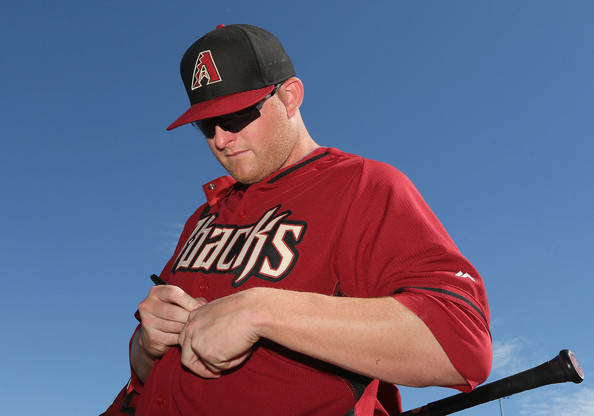 Mark Trumbo has homered in 4 straight games, which is halfway to the ALL – Time Record held by Don Mattingly, Ken Griffey JR and Dale Long. Mattingly owns the aggregate total of 10 HRs hit for those 8 games. Despite his efforts, the D’Backs enter today’s game at 2 – 7. Trumbo also leads the MLB with 5 HRs overall.  The slugger has 2 more years left of Arbitration Eligibility after the 2014, and will become a Free Agent in 2017.  He was acquired in a trade from the LA Angels that saw the D’Backs part with Starter Tyler Skaggs.  Arizona also sent OF Adam Eaton to the White Sox, and received Minor Leagues A.J. Shugel and Brandon Jacobs in the deal.  Chicago parted with Hector Santiago as well to LA.

Here at the MLB Reports we look to do things different.  It is one of our many motto’s.

We simply can’t look over every stat, or even chart every HR for that matter, but I have decided that we will carry the top 5 HR hitters for each the AL and NL on a page we have dubbed Stats.

For the HR feature. we will also list multiple HR games for players… Or if they have HRs in multiple games.  Once a week we will post these on the home page for the site as a regular page post.

END_OF_DOCUMENT_TOKEN_TO_BE_REPLACED

Jordan Lyles dominated the White Sox completely and in all ways. He pitched into the 7th inning, letting up 1 run and 5 hits over 6 2/3 innings. He also went 3-3 with a double and 2 runs batted in as the Rockies clobbered Chicago, 8-1.

Troy Tulowitzki contributed to the Colorado 8-1 blow out of the White Sox with a 3-3 performance. He doubled, homered and walked, missing the cycle by a triple.

Jackie Bradley Jr. had the second three hit game of his career. He drove in Boston’s first two runs and his bunt single led to a run scoring error. He would later score another run as he sparked the Red Sox 5-1 victory over the Rangers.

Jason Vargas pitched into the 9th inning, keeping the Rays off of the scoreboard until the final frame. He would finish with 8 plus innings, 4 hits and 1 walk, letting up only a solo homer as the Royals topped Tampa 4-2.