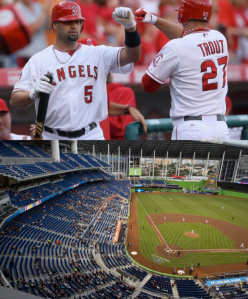 On the way to the airport, I have bones to pick with Albert Pujols and with the Miami Marlins.

I rant about them on today’s episode of The Sully Baseball Daily Podcast.

Current Odds Over/Under Wins For All 30 MLB Teams In 2014: Best Bets On The Board 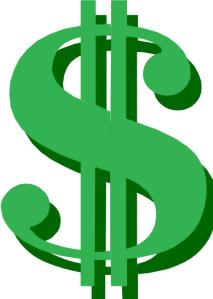 The regular season over/unders have been updated yet again. While most of them are right in the realm of where they should be – about 20% of the numbers scream out for me to bet some cabbage on.

Yes these are my predictions for the current state of the MLB.

Right beside the wins and losses, is the over.under totals and odd.

Next to that will be whether that would make it Over/Under based on my selections.

If I think an odd is worthy of plunking down some pesos, I will highlight it. END_OF_DOCUMENT_TOKEN_TO_BE_REPLACED

The Toronto Blue Jays State Of The Union: 2014 Preview 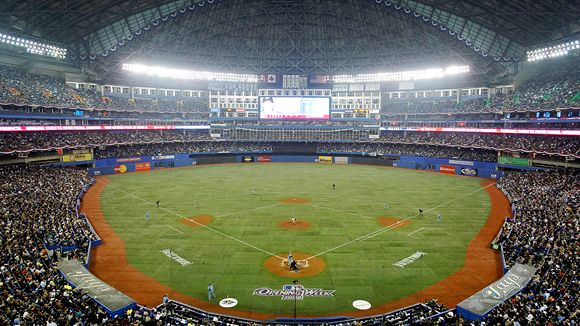 The SkyDome was opened in May of 1989. For the championship ERA, the club drew 4 Million fans each per year. In recent years, it was tough for the club to draw 2 Million fans. In 2013, with the promise of a new club mantra, based on Free Agent signings, the team held the best year to year attendance boost in 2013.  If the Jays can’t spring out of the gate fast in 2014, I think the Walkup single game tickets will be tremendously affected negatively.  Toronto has not made the playoffs since winning back to back World Series in 1992 and 1993, and only them and Kansas City hold that dubious honor since the Player Strike/Lockout ensuing seasons of 1994 – 1995.

The Toronto Blue Jays have been a franchise in question for over 20 years.  This floundering franchise has gone through 11 manager changes since winning the World Series in 1993 vs. the Philadelphia Phillies.

2 of those managers in Cito Gaston and John Gibbons have been hired twice! The 2013 season was supposed to be the year the Jays went all the way.

GM Alex Anthopolous numerous moves acquiring major pieces to what was supposed to be a contending team.

Comments Off on The Toronto Blue Jays State Of The Union: 2014 Preview