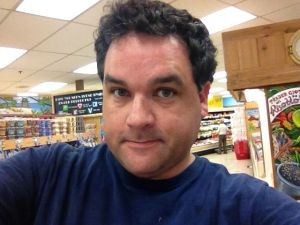 Today’s edition of The Sully Baseball Daily Podcast was recorded at Trader Joe’s before the huge crowds arrive.

While shopping, I gloated about the Red Sox spanking of the Yankees and the misfortune of the Bronx Bombers AND the Angels.

Five Players The Mariners Could Target In The Upcoming MLB Draft 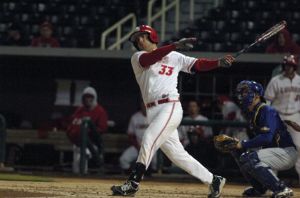 D.J. Peterson, a potential Mariners first round selection, is hitting .410 with 18 HR for the University of New Mexico.

With the #12 pick in the 2013 MLB Amateur Draft, the Seattle Mariners will have numerous future superstars to choose from.

Whether they decide to go the route of a talented but raw high school athlete or a tested and experienced college player, General Manager Jack Zdurencik will be making a decision that could save his job. J.P. Crawford and Austin Meadows are two very athletic high school players that the Mariners could target.

Or, they could choose to go the route of D.J. Peterson, Hunter Renfroe, or Ryne Stanek, three experienced college players. No matter what route they decide to take, this pick is going to be extremely important for the future of the Seattle Mariners.

END_OF_DOCUMENT_TOKEN_TO_BE_REPLACED

Tito Back To Fenway: Red Sox Fans Embraced Him, The Team Lost The Opener – Then Streaked To The AL East Lead

On top of leading the Red Sox to 2 World Series Titles, Tito also led the club to a lot of other successful seasons. He got the team to at least 86 Wins in each of his 8 seasons in Boston and helped them win 90+ games in 6 of those years.  The Red Sox also ended a curse for the World Series that lasted 86 years to finally end.  Now with Cleveland, he will help the franchise try to win a World Series for the 1st time since 1948.

First of all, sorry for the delay with this article. It’s been a little over a week since my last article, and already another series has passed since the end of the one I want to talk about. Nevertheless, Terry Francona aka Tito made his return to Fenway as an opposing manager for the Cleveland Indians.

I was actually lucky enough to be in attendance for his first game back on Thursday May 23, and the atmosphere was awesome as it usually is at Fenway. Terry Francona received a standing ovation, deservedly so, and his Indians beat down the Red Sox 12-3.

This series was more than just Francona’s return though. It was somewhat of a litmus test for the Red Sox.  The Indians have shown they are a formidable team this year sitting only a half game out of first place in the AL Central (29-24 Record) and having one of the most potent offenses in the game at the moment.

Heading into play Sunday, Cleveland’s vaunted offense still ranks  4th  for HRs (69), 4th in Runs Scored (271) and 5th in OPS (.769). The Red Sox however, showed they were the better team by winning 3 of 4 in the series. Boston’s offense reigned supreme against the Indians as do their season statistics. Boston surpassed Cleveland based on their final 3 games of their series last weekend.

END_OF_DOCUMENT_TOKEN_TO_BE_REPLACED

Comments Off on Tito Back To Fenway: Red Sox Fans Embraced Him, The Team Lost The Opener – Then Streaked To The AL East Lead

Ryan Doumit went 3-5 including a walk off, come from behind 2 run triple to cap off the Twins 5-4 win over the Seattle Mariners.

Ubaldo Jimenez pitched eight innings of shutout ball, holding the Rays to 4 hits and a walk as the Indians won, 5-0.

Paul Goldschmidt hit a tie breaking grand slam as the Diamondbacks crushed the Cubs 12-4 in Wrigley.

And Adam Wainwright capped off a double header sweep of the defending champion Giants with a complete game gem of his own. He went the distance letting up just one run, striking out 10 and walking none as the Cardinals won, 7-1.