The Blue Jays have been trading away all of their top prospects in recent years, and so far, not one of the players has come back to burn them. Unfortunately, the veterans brought in via trade haven’t pushed them over the top either.

The Blue Jays have invested a great deal of their future in trades in recent years.  First they traded away several prospects to acquire Jose Reyes, Mark Buehrle, Josh Johnson and John Buck.

The 2nd move was to also trade Travis d’Arnaud and Buck for R.A.Dickey.  However the moves backfired on them in 2013.

What is worse for the team, is the franchise has not been able to develop their own talent over the last several years.  Their best players on the club were all brought in via trades.

Jose Bautista and Edwin Encarnacion were absolute steals for the guys they doled out to reel them in (Robinson Diaz, never played in the Majors for Pit in the Joey Bats deal, and they originally acquired in the Scott Rolen traded to Cincy.  He was selected off of waivers by Oakland, before he came to the club via Free Agency.

END_OF_DOCUMENT_TOKEN_TO_BE_REPLACED

The Disaster That Was The Blue Jays 2013 Season: State Of The Union 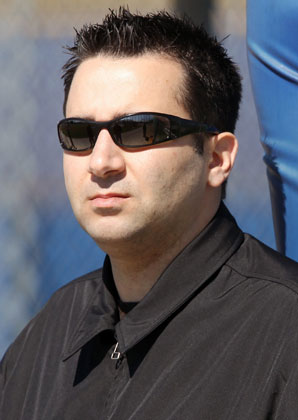 Another Season, Another Disaster.

The off-season started with a boom, with the signings of Maicer Izturis (3 yr-$9 million), and Melky Cabrera (2 yr-$16million).  This was followed by acquiring hard throwing Esmil Rogers from Cleveland.

They weren’t done yet.

It was a steal.  Toronto then sent John Buck and prospects to the New York Mets, for reigning NL Cy Young winner R.A. Dickey, catcher Josh Thole and a prospect.

Odd makers out of Las Vegas named the Toronto Blue Jays as the favorites to win the 2013 World Series.  Too good to be true right? Pretty much.

END_OF_DOCUMENT_TOKEN_TO_BE_REPLACED

Comments Off on The Disaster That Was The Blue Jays 2013 Season: State Of The Union 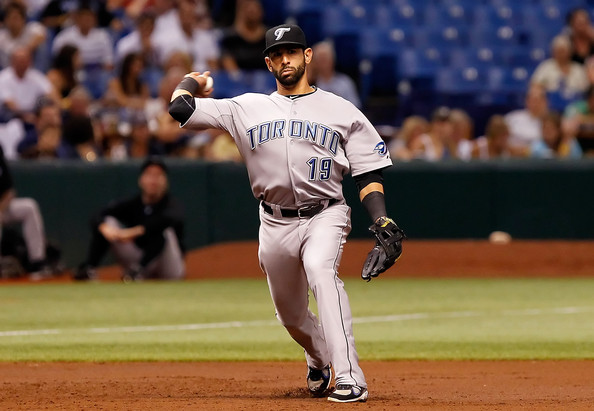 Jose Bautista is one of the power threats in the line up for Toronto. He has rebounded nicely this season, after injuries cut his 2012 season short. He has a .261/.357/.857 triple-slash in 2013 with 27 HRs and 72 RBIs in 440 at-bats. He has 51 extra-base hits on the season, with 115 hits overall to go along with 220 Total Bases. He fares better against right-handers with a .263 batting average in 350 at-bats against them, while he is just hitting .256 facing southpaws. Bautista is still a threat with runners in scoring position, as indicated by his .301/.410/1.002 triple-slash with 6 HRs and 45 RBIs in this situation. He is still solid with two outs and runners in scoring position with a .306 batting average and 17 RBIs. They need him to stay healthy to contend in 2014.

The Toronto Blue Jays have not had the greatest of seasons with them dead last in the American League East division. They trail the Boston Red Sox by 15 games and the chances of them being a Wild Card team are slim at best.

One of the reasons that this season has been a nightmare for the team that made plenty of noise during the offseason is with their pitching. They have allowed 590 runs this season, and only the Houston Astros have allowed more runs at 633 this season.

END_OF_DOCUMENT_TOKEN_TO_BE_REPLACED

The Blue Jays have played better baseball of late, are now 30 – 36. They sit in last place in the AL East – 9.5 Games Behind the Boston Red Sox. Mark Buerhle was great in a 8 – 0 win versus Texas Fri.  The two teams continue a Series today.

END_OF_DOCUMENT_TOKEN_TO_BE_REPLACED

On this week’s show we once again find ourselves lamented the Blue Jays futility but this time Ian Hunter of bluejayhunter.com joins in the misery. Chris’ Expos jerseys inspires a trip down memory lane to pick our Expos Mt Rushmore. Finally Michael Mcknight of Sports Illustrated drops in to recount the tale of Brian Cole.  Its a must listen. END_OF_DOCUMENT_TOKEN_TO_BE_REPLACED