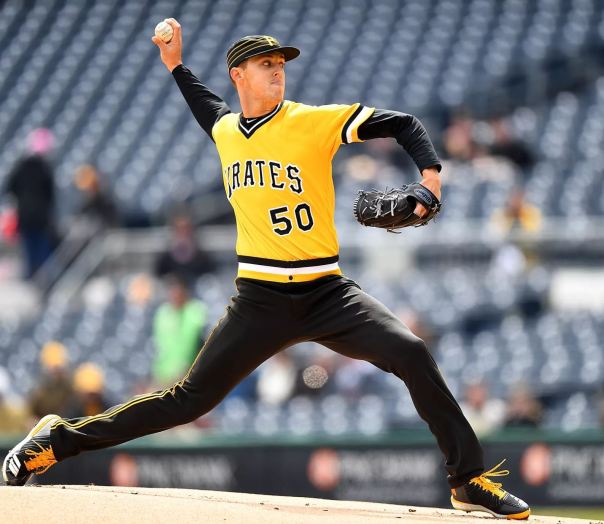 Jameson Taillon threw a complete game 1 hit shutout, striking out 7 Reds and winning another game for the red hot Pirates, 5-0.

Shohei Ohtani kept up his mind boggling week by taking a perfect game into the 7th and finished with 7 shutout innings, striking out 12 Oakland batters and earning the 6-1 decision for the Angels.

Ozzie Albies doubled and homered with 2 RBI to lead the Braves over Colorado, 4-0.

Mike Trout reached base 3 times, including a homer, driving in 2, scoring 2 and stole a base to provide the Angels’ offense in Ohtani’s 6-1 masterpiece over Oakland.

Luke Weaver pitched into the 7th, finishing with 3 hits and 1 run over 6 1/3 innings, striking out 7 Diamondbacks. The Cardinals bullpen would blow the lead and the game, 4-1.

Reynaldo Lopez allowed one unearned run over 7 innings, giving up 2 hits but the White Sox were blanked by the Tigers, 1-0.

Bryce Harper reached base 5 times, homered and drove in 2, but the Nationals could not stop the Mets in 12 innings, 6-5.

Austin Romine got 3 hits and a walk, driving in 3 runs but the Yankees blew an early 5-0 lead and were stunned by the Orioles in 12 innings, 8-7.