Philadelphia Phillies Optimistic About Heading To Spring Training In 2017 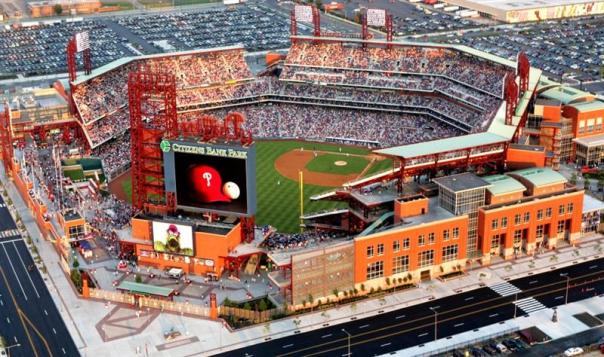 Philadelphia held a massive consecutive sellout streak from the time CBP was in its first year until the latter parts of their team starting to decline in 2012. In 2015, the franchise finished 14th out of 15 clubs at the turnstiles with just 1.8 Million fans. This was the second straight year of a huge decline. For those reasons it is okay to slowly build this team up with salary.  Philadelphia even dipped below the $100 MIL barrier in 2016 for payroll, and managed to bump attendance up to 1.95 MIL fans.  With a projected payroll of $104.0 based on recent additions of Clay Buchholz and Howie Kendrick, the club will look to be a little more competitive in 2017, and rise that attendance beyond 2 MIL again.

The Philadelphia Phillies used to be a force to be reckoned with. “The team to beat” started their historic stretch in 2007, ripping off five straight National League East Division titles which included two trips to the World Series and a championship in 2008.

Players like Jimmy Rollins, Cole Hamels, Chase Utley, and Ryan Howard paved the way to the first championship team since 1980, but that all began to spiral out of control when Howard tore his achilles tendon during the final out of the 2011 NLDS.

Since then, the Phillies have not broken the .500 mark and the players that led the parade down Broad Street have moved on to other teams or left the game for good; the 2017 team is not the team of old. END_OF_DOCUMENT_TOKEN_TO_BE_REPLACED

Having A Great DH Can Mean Winning The AL Pennant: For Other Teams – The Position Is A Waste! 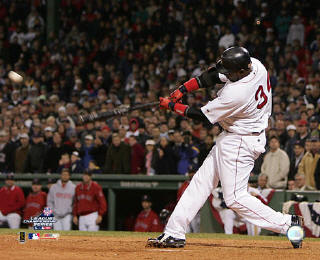 Watching the 2013 season, something really resonated with me while watching the American League:  ‘Where have all the great designated hitters in MLB gone?’

It is surprising to me that teams haven’t figured out that having a dominant DH in the league could mean the difference in winning the AL pennant or not.

I also believe that players should be moved their earlier than in their mid 30’s.  If they can’t play the field at all, or are not superior at offense, they should be made to Pinch-hit in the NL.

It seemed only a few years ago that every team had a bopper capable of hitting .300 with 30 HR’S and 100 RBI’s.  Upon further investigation, I found out some interesting facts.

END_OF_DOCUMENT_TOKEN_TO_BE_REPLACED

Someone Should Take A 30 AB Flyer On Rick Ankiel: (Even For A 40 Man Sept Roster Spot) 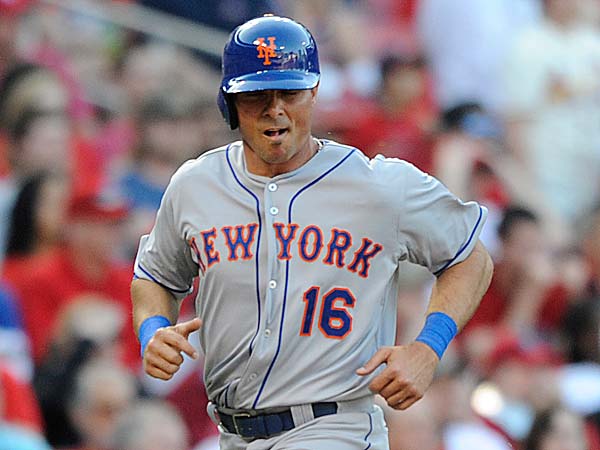 Rick Ankiel was DFA’d recently by the New York Mets.  Since he is one of my favorite players – I nicknamed him “Mr. Mission Impossible” – because he always seems to self – destruct after 30 – 35 AB with a new team.

Cast as one of the biggest underdogs/inspirational stories of ALL – time in the game of baseball I am here to give him his due.  I don’t even care if he never plays another inning in the field….or has another AB in the Majors.

The former Pitcher has had a flair for some dramatic moments in his 13 year career as both a hitter and a pitcher.

END_OF_DOCUMENT_TOKEN_TO_BE_REPLACED

Comments Off on Someone Should Take A 30 AB Flyer On Rick Ankiel: (Even For A 40 Man Sept Roster Spot)

Rick Ankiel Has Another Shot To Stay In The MLB: The New York Mets Claimed Him

Rick Ankiel had a dubious beginning as a Met last night, misreading a baseball and having it bounce in and out of his borrowed glove (Jon Nieses’s) hit by Ty Wigginton that led to 3 runs. Ankiel went 0 – 3 with a walk in St. Louis. Despite the poor game, I like the move and it should enable Ankiel to be a starting Outfielder for a stretch. If he can hit, he may be a good late season defensive acquisition/Pinch Hitter for a contending ball club.  Rick Ankiel hit for a 3 Slash Line of .194/.231/.715 with the Astros this year prior to being Designated For Assignment on May 5th.  The former Astro did have 5 HRs and 11 RBI in just 62 AB.

There are certain players in the MLB that you cheer for more than others.  For me, Rick Ankiel exemplifies this.

I always check for his stats in the boxscores early into my perusal of any baseball website.

His story is one of inspiration and dedication to the game of baseball.

I was disappointed when he was released by the Houston Astros – but completely understood why the change had to occur,

The Mets have the weakest Outfield in the Major Leagues and are actually one of the teams I suggested for Ankiel as a landing spot in my post 2012 year write-ups.

It is obvious that the Wilpon’s continue to look for cheap alternative options to patrol their grass.

END_OF_DOCUMENT_TOKEN_TO_BE_REPLACED

Comments Off on Rick Ankiel Has Another Shot To Stay In The MLB: The New York Mets Claimed Him

Is This The End Of The Line For Jason Bay? 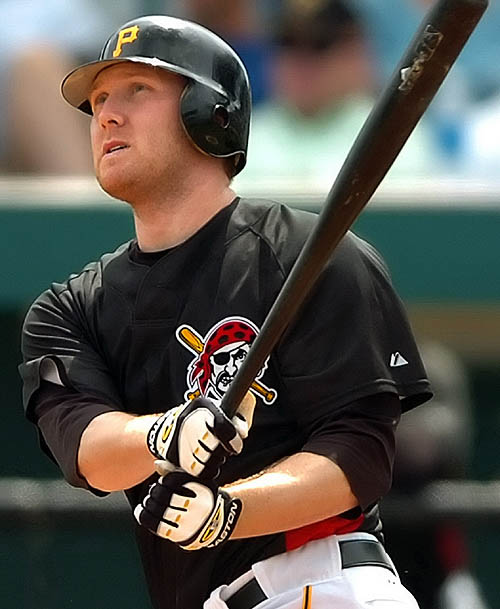 What happened in New York City could not be classified by anything but horrendous.  It was a move to an un-hitter friendly park at Citi Field.  Bay then spent parts of 3 years injured or absolutely putting up abysmal numbers for the NL East Franchise.   Of course 2012 would be the ultimate worst as the Right Fielder hit a paltry .165 with 8 HRs and 20 RBI in 194 AB.  He had become a shadow of his former ALL-Star self and the Mets had enough of the anemic offense.  They ate all of the remaining 21 Million Dollars left on his contract for 2013 and granted Bay his walking papers.

END_OF_DOCUMENT_TOKEN_TO_BE_REPLACED

Comments Off on Is This The End Of The Line For Jason Bay?

Note from Chuck Booth:  I am attempting to bring the history for each of the 30 MLB Franchises into a 5 part series that will focus on 1. The teams history. 2. The hitters 3. The pitchers. 4.  The Team’s Payroll going into in 2013 and 5. (The stadium articles will all be done next summer when I go to all of the parks in under a month again.)  To follow all of the updates, be sure to check my author page with a list of all archived articles here. 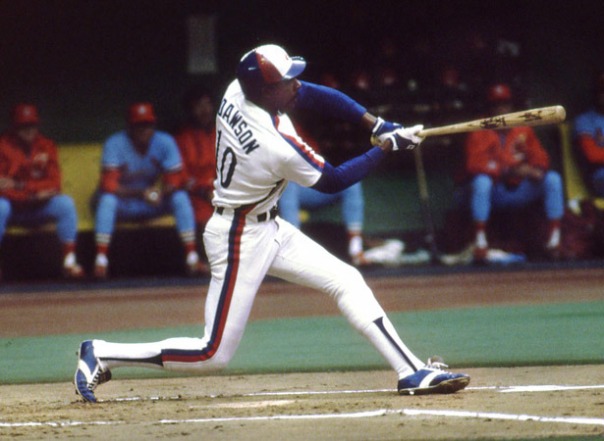 Andre Dawson and Tim Raines were perennial ALL-Stars and always had the Montreal Expos in contention every year they played for the Canadian Club.

Chuck Booth (Lead Baseball Writer and @chuckbooth3024 on twitter)-I recently saw a bunch of old Montreal Expos had a celebration dinner to honor the late Gary Carter at Olympic Stadium in Montreal.  This brought me back to when I was a little kid watching the Expos on the French Channel in Canada.  I followed this team before any other in MLB.  I was a catcher in little league because of Gary Carter.  My friends and I all would ask for Montreal Expos hats and jerseys for Christmas.  I would later move on to like the Yankees when Don Mattingly, Dave Winfield and Rickey Henderson joined the club, but I always liked the Expos in the National League as my team.  They were a consistent club from 1979-1995.  They drafted extremely well and were above .500 for pretty much the entire time.  At the end of this article today be sure to watch the documentary from youtube on the Expos Franchise that the Reports has linked for you.

It was unfortunate they had the 2 billion dollar monstrosity of what was Olympic Stadium as their home venue.  It was a mistake from the beginning  to build a baseball park so far away from the downtown core.  The 1994 strike killed the franchises hopes to make their 1st World Series appearance.  The team was leading the NL East with a 74-40 record and featured the outfield of Larry Walker, Marquis Grissom and Moises Alou.  They had traded away their ALL-Star second basemen Delino DeShields prior to that year for some pitcher named Pedro Martinez.  The economics of baseball were starting to catch up on the baseball club.  When the lockout was lifted in 1995, gone were Walker, Grissom and great pitchers Ken Hill and John Wetteland.  It began a constant cycle of Montreal grooming awesome talent, only to trade the players away before they had to pay them big money.  The one constant of the team was an incredible draft record from 1985-2004.  Today is part 1 of a 3 part article series in which we will look at the history of the Montreal Expos.  I have listed 30 hitters drafted by the Expos Scouting Staff that went onto nice baseball careers.  Next week I will look at the pitchers and the third week I will cover the dissection of the proud franchise before the move to Washington. END_OF_DOCUMENT_TOKEN_TO_BE_REPLACED