Bold Predictions For The MLB In 2017 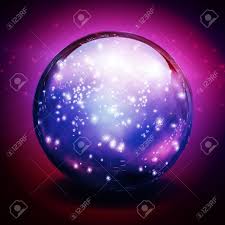 Every year we do an article called “Bold Predictions”.  I love this concept as most of these ideas are so preposterous that none of them will actually happen.  I liken it to the “Riverboat Gambler Theory” where you can really get rich quick if it were to come to fruition.

There may not be too many secrets in the National League where the clubs seems to be either really good or really bad.  The American League has a lot more parity.

I suppose I could start off by saying that the NL would win the Interleague series versus the AL, but that it is probably not going to happen based on a 13 year losing streak.

Jose Bautista will not be signed until after the June 2017 draft.

A Right Handed Pitcher will start a game for the Los Angeles Dodgers.

If I were picking a World SSries matchup for predictions today I would go with the either the Cubs/Nats vs the Indians today. While Chicago has a better roster right now. I would never list hem as three times more the favorite than Washington is. I also think the Nats will register more victories in 2017 than the defending champs.

Someone cracks 4 Homers in a game, something that has not happened since May of 2012 when Josh Hamilton accomplished the feat.

Billy Hamilton will steal 100 Bases for the 1st time since Vince Coleman thieved 109 bags for the Cardinals.

The Baltimore Orioles will not have the guy who leads the league in Home Runs for the 1st time since 2012.

All of the 8 positional players for the Mets, and 5 top starters on the depth chart will spend at least one stint on the Disabled List in 2017.

The Washington Nationals will lead the National League in wins and not the Chicago Cubs.

Michael Pineda will reach 220 Innings and lead the American League in Strikeouts.

Michael Brantley and Edwin Encarnacion will both finish in the top 5 for AL MVP Voting.

Seattle Mariners will break the longest playoff drought in the Major Leagues currently at 15 years.

Will Stanton be the 1st NL player to crack 50 Hrs in a year since Prince Fielder accomplished the task in 2007?  If he plays in 150 games next year I would have to say yes.  If he doesn’t eclipse the threshold then Kris Bryant may do it too.  A Right Handed Batter has not clubbed 50 Jacks in the NL since 2005 when Andruw Jones did it for the Atlanta Braves.