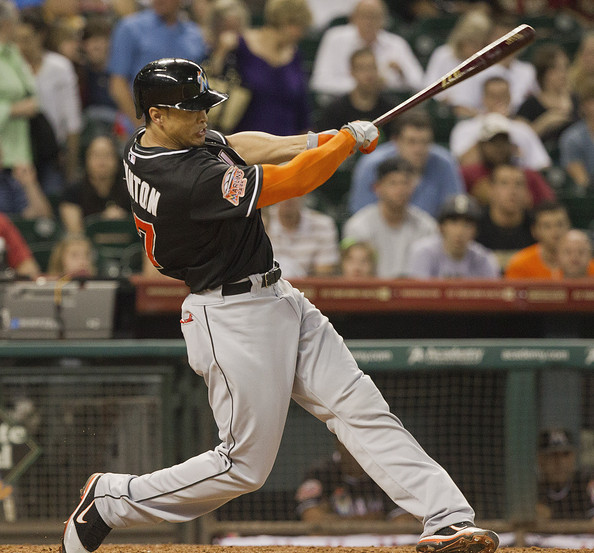 Having nothing to do with the ALL – Star Game, and a ton to prove after inviting himself to the HR derby in San Diego, we placed a $125 bet on Stanton to win the event at +325 odds – and he won the whole thing.  Now only if he could refrain from beingthe DL for 1 campaign.  It was another injury plagued season for the veteran in 2016, but I still claim he will lead the league in HRs one of these years and possibly challenge 50 HRs in the process.  He is our #1 pick to win the overall MLB HR crown in 2017.

With apologies to the pending Free Agents who cracked 40+ HRs in Mark Trumbo (47) and Chris Carter (41), I just don’t see them duplicating their 2016 campaigns.

I also foresee a bunch of changes to the top 6 Home Run hitters in the American League in 2017.

Newly signed Indians player Edwin Encarnacion is quite possibly the only returning top 5 guy that will be in there back to back seasons for the Junior Circuit.

Chris Carter. actually tied was the co-leader for the HR title with Nolan Arenado in 2016. and then was promptly non-tendered by the Brewers for his efforts.

Mark Trumbo hasn’t been able to parlay his HR title into a Free Agent deal either.  I think this may play a huge factor in a 2017 regression of sorts.

Don’t get me wrong. i fully expect these gentlemen to eclipse 30+ HRs each still in 2017.

Since the top 5 overall Major League HR totals all resided in the AL in 2016 – I suspect this won’t be the case next year.

Ultimately, career years from Khris Davis and Brian Dozier will be hard to do again. 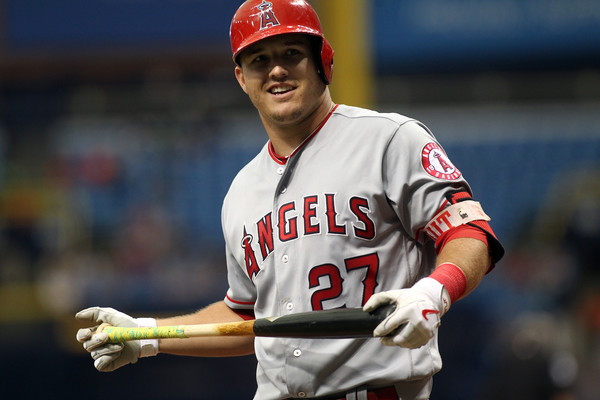 Despite hitting just 29 HRs and playing for a team under .500, Mike Trout took home his 2nd MVP Award. Hitting 41 HRs in 2015 is more of the path I am thinking about, and I we predict he will find a new level of power in the coming season, and lead the AL in HRs.  Trout will play most of the 2017 year at just 26.

Over in the National League..Matt Kemp and Freddie Freeman finishing 4th and 5th in the race was quite surprising.

Among our early projections are four players who spent some time (to a lot on the Disabled list in 2016) with Giancarlo Stanton, Yoenis Cespedes, Trevor Story and Kyle Schwarber being forecasted on our leaderboard.

Schwarber should see a full year of ABs, and I wouldn’t be surprised if he puts fort 700 Plate Appearances in hitting out of the #1 or #2 slot all year.

Trevor Story hit 27 HRs despite registering just 372 AB.  Give him a full year and he could be a legitimate HR king candidate.

Cespedes clubbed 31 Jacks despite missing 30 Games Played, and he has bashed 52 HRs in just 189 contests since joining the Mets in Aug of 2015.

In the American League, I fully expect that Mike Trout will spike near 45 HRs in one of his seasons during his prime.

It was considered a struggle at the plate, but Davis is the new Adam Dunn, where he could club 40 HRs a year in his sleep.

Edwin Encarnacion has averaged 39 HRs a year over the last 5 years.  Often he strings many homers together in multi-HR efforts.

In a new city, and a lineup that will give him baserunners ahead of him all year. nearing 40 HRs should be legit.

Manny Machado has unlimited potential, and he may become the 5th straight Oriole to win the HR title following  Davis (2013, and 2015) Nelson Cruz (in 2014) and Mark Trumbo (2016) as recent teammates to hold the throne.  We have favored as the 4th favorite.

Lastly, we have Josh Donaldson, who hit 41 HRs in 2015, followed by 37 HRs last season.  Despite not having Encarnacion, or Jose Bautiata protecting him this season, I still feel he will be consistent enough to sniff the top 5 for the category. 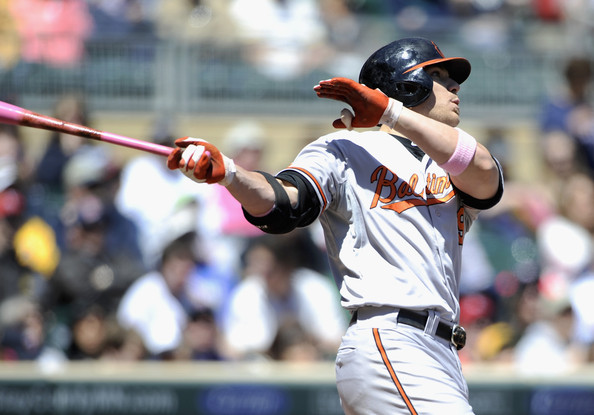