With almost $100 MIL tied up in contracts for Sabathia, A-Rod, Teixeira and a potential Tommy John Surgery candidate in Masahiro Tanaka, this New York squad is in some deep trouble for this season if injuries occur.  It may take a small miracle for them to make a playoff spot next campaign again without spending some cash.

Brian Cashman can finally see some relief from some exorbitant contracts plaguing him from the last several years.

2016 sees the last year on deals for Aroldis Chapman,  C.C. Sabathia, Mark Teixeira and Carlos Beltran.  Alex Rodriguez is still on the book for one more year after this.

The Yankees can’t guarantee this will happen. Therefore the club must treat this contract as part of their deal for 2017 as well.  The Buyout would be $5 MIL.

Sabathia’s drinking aside, they are paying for the good years right now, and he is no better than a 5th Starter – and at 36 years of age with 3000+ IP logged for his career, there may be not much left in the tank. 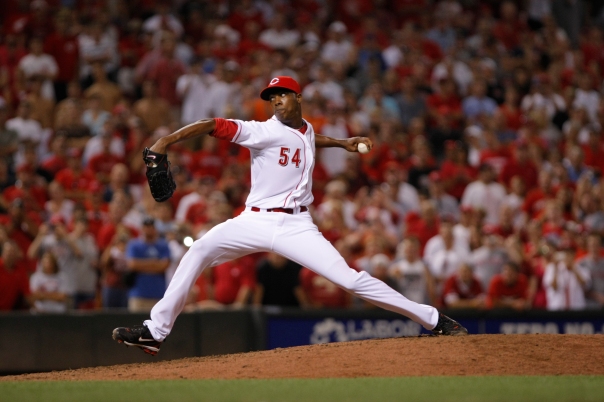 The flamethrowing Lefty Cuban will be suspended 30 games to start the campaign, and will forfeit about $2.3 MIL of his 1 YR deal worth $11.33 MIL. This was an awesome gamble by the Bronx Bombers as he will only cost a shade over $9 MIL for 2016 – and they can still hit him with the Qualifying Offer after the year to receive a draft Pick coming back.  Chapman is still just 28 years old.

Aroldis Chapman was added via trade (Traded by the Cincinnati Reds to the New York Yankees for Rookie Davis (minors), Eric Jagielo (minors), Tony Renda (minors) and Caleb Cotham. in the biggest move pulled by Brian Cashman in the offseason.

Teixeira had a great 4 months in 2015, and was fully deserving to be paid handsomely for it, but it was his apparent successor of Greg Bird who had given the team some options going forward – before being hurt for the whole year

Tex comes off the books after 2016.  With the health of Bird questionable for 2017, perhaps the club will take a second look at extending Teixeira for a few more years at a reasonable rate.

Carlos Beltran will be compared to Curtis Granderson for one more year – and it is not even close.  I was the first one to say the Yankees would regret that move.

Grandy had a wicked year for the NL Pennant winners. While Beltran had a decent second half, he is not the player the Bronx Bombers needed to supplement their team.

The club also addressed its horrible Second Baseman woes of 2014 and 2015 – by adding Starlin Castro in a deal.

This guy has at least $41.4 MIL coming to him over the next four years – with a $16 MIL Team Option for 2020 – that will likely be cheaper than a Qualifying Offer will be.

There is some more good news.  If New York has finally found a young stud pitcher in Luis Severino.  Lets hope he doesn’t go the way of Joba Chamberlain or Phil Hughes after taking the league by storm.

Masahiro Tanaka continues to be ten seconds from a TJ Surgery, but has held up way longer than anyone initially thought.  As a betting guy, I would still say he is due at any time.

Under the young Steinbrenner’s regime (compared to their old man), the team has shown some fiscal restraint.  2016 will be another year they are over the Luxury Tax Threshold, and suffer a 50% penalty for it, but they are inching closer to the mark every year of trying to fall under.

Renaissance years by Mark Teixeira and A-Rod tallying 30+ HRs each must have shocked even the brass in the organization.  They might not be able to count on that production this campaign.

Furthermore, Joe Girardi managed to steer the often injury riddled Starting Rotation through a full year.  But again, that was lucky as well.

With Brett Gardner and Jacoby Ellsbury taking up the 1-2 slots in the lineup and the LF and CF positions, it would not have been wise to fork out too much money on an OF this year.  If Beltran can stay healthy as well, he would serve well as the RF.

Aaron Hicks was brought in via trade – and the organization will hope he can equal the production Chris Young gave them as the 4th OF the last few years.

Beltran would also be ideal as the DH against tough Right Handed Pitchers.

With the Bullpen…There is no worries at the back end of your staff with Aroldis Chapman,  Andrew Miller and Dellin Betances leading the charge.

The club will miss a guy like Justin Wilson for the 1st month – in manning the late inning Relief Lefty Setup role for the Relief Core.

The Yankees should have spent every waking dollar on 2 more Starting Pitchers that can run with the ace status.

Look, you almost have no chance to get underneath the salary cap in 2016 either, so why not improve the team and take a run at a winnable Division?

Brian Cashman was lucky that A-Rod, Teixeira and Beltran contributed 79 HRs and were healthy for the most part of the year, before Tex missed the last 6 weeks of the season. This aging squad will be hard pressed to duplicate that feat this year. Cashman may have to deal for several players in the last year of their contract. If New York is to contend for a playoff spot, I suspect they will add up to $25 MIL in player salaries along the way via trades. This would pull them up to around $250 MIL for the year, and would cost them $30 MIL extra in Luxury Tax Threshold penalties.

In 2017, the contracts only equal $130 MIL, and could withstand a few new signed pitchers into the fold for multi-year deals.

In 2018, A-Rod will no longer be there either, so adding the pitchers right now when the crop of FA’s that are #1’s had never been higher.

The time to drop under the Luxury Tax will be after the new CBA is put into place – and following the 2017 year.

The Yankees aren’t even the biggest abusers in the MLB now.  That distinction goes to the Dodgers who spent nearly $100 MIL dollars more than the Yankees in 2015 – who were at #2.

The club still has Gary Sanchez coming up the pike at Catcher, and he may get a chance after they club flipped John Ryan Murphy for Aaron Hicks this winter.

Again, the one thing I caution is that Tanaka may go down at any point.

Michael Pineda is still solid to be in the #3 slot (behind Tanaka and Severino) – and an improving Nathan Eovaldi at #4 to begin the year.

If you signed any Free Agent Pitching at all, you could have started Severino in the Bullpen, or even in the Minors to watch his Innings limit.

I would rather not have Ivan Nova or Sabathia in the Rotation if possible – but both are probably vying for that 5th spot in the rotation.

Assuming Tanaka is healthy despite his chronic arm troubles, he will probably stay with the guaranteed cash New York is paying him.

That calls for another $6 MIL bonus.  He should pass that if he plays with regular AB in the next 2 seasons.

Didi Gregorius – SS (25):  As a Super ‘2’ Arbitration Eligible Player, this is the 1st year of 4 straight the SS will collect Arbitration.  He makes $2.4o MIL this campaign

The Yankees are already well over the Luxury Tax Threshold by about $30 MIL, which will cost them an additional $15 MIL as 50% penalties are levied in their direction.

Any player they want to trade for will cost them that additional 50%.  If they do acquire any one – look for guys to be in the last year of their contracts.

New York has been said to be looking to lower payroll in future years. That is a huge reason why they did not sign any Free Agents during the winter. With the new CBA Pending, they also don’t know what rules will be enforced for the Luxury Tax going forward, and do not wish to be that much ahead of the limit in going forward. The optimum goal would be to fall under the limit, and reset the penalty. So far they only have 10 players signed for 2017 – at a cost of $130.5 MIL.  Sabathia will likely be bought out to add another $5 MIL Buyout to that if he fails to meet his Vesting Option)