The landscape of the NL West just changed again. As of right now I give the Giants as equally a shot to win the NL West as I do the LA Dodgers.  Signing Johnny Cueto is an awesome move.

Even better than the 6 YRs/$130 MIL deal is an opt out clause after 2 years, when Cueto can forego the final 4 years of the pact – leaving the San Fran club with $84 MIL on the table.

The current contract also calls for a Team Option for a 7th year.

Cueto, who is 30, most likely will opt out after 2017 if he can put up great back to back seasons as good as his 2.71 ERA since the start of the 2011 campaign, – only bested by Clayton Kershaw in that time frame.

END_OF_DOCUMENT_TOKEN_TO_BE_REPLACED

Odds To Win The 2016 MLB Divisions

Even with the Cubs signing Jason Heyward and being the favorite to win bot the NL Pennant and World Series, they have to contend with the St. Louis Cardinals in 2016 once again. The Redbirds won 100 games and are coming back with another great squad. That is the sole reason why the Cubs are not the biggest favorite to win their own Division.

These odds are a pretty good reflection of the landscape in the MLB right now.  The best value on the board would be the NY Yankees are +240 and Detroit at +250.  Both of these clubs are old, but if they can play to their talent level and avoid injury, could win their Divisions.

I fully expect the Cubs will win the National League Central Division, but the +140 odd doesn’t pay enough to entice a wager.

The worst odd on the board has to be the Texas Rangers.  I am not sure they are that much better than the Houston Astros right now, and they have not had a banner winter yet – while Houston has solidified their Bullpen by adding flamethrower Ken Giles.

Add in a full year of Carlos Correa – and Houston should be the Division favorite.

I think the Twins might be a nice long shot wager at +310.  This club did finished 2nd in the American League Central Division during the 2015 year with 83 victories. END_OF_DOCUMENT_TOKEN_TO_BE_REPLACED

Comments Off on Odds To Win The 2016 MLB Divisions

There is parity in the American League and their is a growing distance between the good and the bad clubs in the National League.

One could argue that the top 6 teams (NYM/CHC/SF/WSH/STL/PIT) in all of the Majors reside in the NL right now, and you then you can counter that by saying they have the 6 worst squads as well (PHI/ATL/MIL/CIN/SD/COL).

The funny thing about this whole ordeal is that the AL is absolutely going to cream the NL in Interleague this forthcoming season.  On a 12 year win streak already,  I am predicting a 175 – 125 W – L for the games between both leagues. The AL speedbags the National League in my view.

Last year, the American League held a 167 – 133 mark over the National League so that prediction up there is not foreign by any means.

END_OF_DOCUMENT_TOKEN_TO_BE_REPLACED 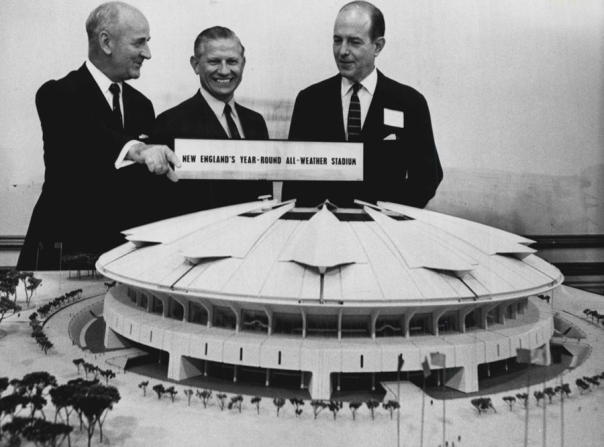 Can you imagine Dallas being Red Sox country?

Or New Englanders being apathetic fans of an expansion baseball team?

Perhaps that reality could have happened.

It is an alternate universe episode of Sully Baseball Daily Podcast

Be sure to visit Stadium Page by clicking HERE.