“Who Owns October?” An explanation for the newest “SullyMetric” 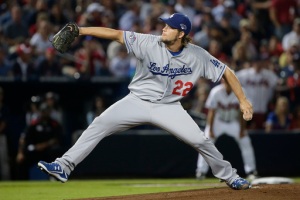 The season is over and so ends the tally of my regular season stat “Who Owns Baseball” or WOB. The explanation for that stat can be found HERE.

But sometimes a great relief performance or a clutch hit that didn’t shine in the highlights would earn a WOB.

Well now it is October and the stakes are high and a new metric is needed.

I was originally going to call it “Who Owns The Playoffs?” but I am half Italian in my ancestry and could not endorse “WOP.”

@sullybaseball Have you considering renaming Who Owns the Playoffs to Who Owns October? WOO!

Well that clinched it for me.

And here is how it works.

Each winning team of a post season game gets a pitcher and a hitter awarded a “WOO.”

The losing teams can get a pitcher and hitter to get 1/2 a “WOO” if they stood out in a losing cause. They will be awarded at MY discretion.

Why do I get that kind of power? Because it is MY stat.

So we will see at the end of the World Series who has piled up enough full or half WOO’s to claim October as their own.

Keep checking in and I will get the tally up to date tonight and update it after every playoff game.

There is no reason to yell WOO! after each game.

Posted on October 5, 2013, in The Rest: Everything Baseball and tagged 2013 division series, Who Owns October?, WOB, WOO. Bookmark the permalink. 61 Comments.