END_OF_DOCUMENT_TOKEN_TO_BE_REPLACED

5 Things To Watch About The Reds In The 2nd Half 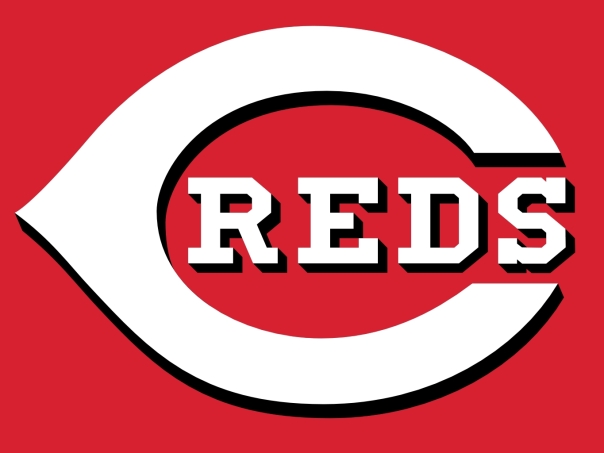 The Cincinnati Reds are trying to make a push for a division title again in 2013 . but injuries have plagued them the entire season. Getting players healthy is going to be a huge factor if they expect to win the division and go deep into the playoffs. The major piece missing is Left Fielder Ryan Ludwick as he has been out since Opening Day with a shoulder injury. The other huge piece that has been missing for much of the season has been . He has been on the shelf three different times with a lagging right lat strain. The Reds look to have him back in late August. The last and final piece that needs to get healthy is the bullpen. Guys have been filling in great but that won’t last forever. Look for Sean Marshall and Jonathon Broxton to come back and help through the rest of the season and the playoffs.

The Cincinnati Reds are five games back of the Cardinals going into play on Thursday.

They won the first two of their series after the ALL-Star Break, taking two of three from the Pittsburgh Pirates and three of four from the San Francisco Giants. But then lost three of four against the Dodgers in LA.

The Reds are playing a three game series with the Padres now and need a sweep going into the weekend with St. Louis coming to town.

END_OF_DOCUMENT_TOKEN_TO_BE_REPLACED 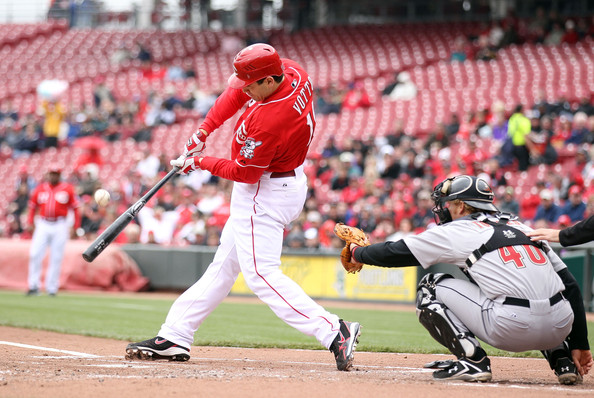 Joey Votto is having another good season for the Reds and he will be force in their lineup for years to come. The power numbers for him are down from years past with him only hitting 16 HRs and having 47 RBIs. However the opposition still has to respect his bat and if a pitcher makes a mistake expect him to hit the ball a long way. He has a .317/.429/.931 triple-slash in 388 at-bats this season with 20 Doubles. He is 7th in the NL with 195 Total Bases, and is also 8th with a WAR of 4.7. Votto is 1st in Times On Base in the NL at 202. He obliterates right-handed pitching with a .335 batting average, and handles left-handers just as good with a .286 average.

The Cincinnati Reds are playing well this season with them winning 59 games, but they are five games out of first place. The Reds are 3rd in the National League Central division behind both the Pittsburgh Pirates and St.Louis Cardinals.

Cincinnati is third in the NL with them scoring 463 runs on the season. They are great at home, and have the 2nd best home record in the NL. The problem for them is hitting away Great American Ball Park with winning just 27 games and three games under .500 on the road.

END_OF_DOCUMENT_TOKEN_TO_BE_REPLACED

Out In Left Field: The Reds Injury Stricken Situation

How long will Ludwick be out? Early optimism suggested that he could be back around the All-Star break. However, in the last week or so, it’s been made clear that it’s going to be longer than that. “People seem to be under the impression that I’ll be back in the middle of July and that’s a complete lie,” Ludwick told the Cincinnati Enquirer. “I can’t even resume baseball activities until July 3, so it’s at least the middle of August.I can’t even throw a baseball or swing a bat until July. I’ve got a whole lot of stuff to do. I’ve got to get in baseball shape as they call it. You take three, four months from throwing a baseball, it’s going to take a while to get your arm back in shape.”

On Opening Day 2013, when Reds left fielder Ryan Ludwick went down with a shoulder injury, it was a rather sinking feeling. After having overall good luck with health last season, it was clear that the Reds weren’t going to have quite that luck this season.

Then the bigger questions arose, will Chris Heisey finally prove he can play everyday, and how long will Ludwick be out?

Unfortunately, the bad luck didn’t stop there. Chris Heisey, after 17 starts (in 23 appearances) in Left Field, ended up on the DL at the end of April with a right hamstring injury.

Although his batting average was a measly .173, his defense was solid, 37 Put Outs in 38 Chances, and 0 errors. He looked to be close to returning a couple of weeks ago, before re-aggravating the injury on a rehab assignment at AA Pensacola.

END_OF_DOCUMENT_TOKEN_TO_BE_REPLACED

Comments Off on Out In Left Field: The Reds Injury Stricken Situation

Bridging The Gap Or Fixing A Leake?

Chris Heisey has struggled at the plate this season, only batting .173 in 23 games. Now with a hamstring injury, he is on the Disabled List He along with Xavier Paul have been filling the void left by Ryan Ludwick when he went to the DL after being injured on opening day.

Sometimes injuries can cripple a team and other times it can give players an opportunity. With Ryan Ludwick on the DL, Chris Heisey and Xavier Paul have been holding down the fort in Left Field. At the plate, Heisey is hitting .173, with 20 Ks in 23 games, and now finds himself with an injured hamstring.

In 20 games, Xavier Paul is hitting .297 with 10 Ks. On the mound, the Reds haven’t missed a beat with Johnny Cueto on the DL. Tony Cingrani, the 23 year old lefty, has stepped up, which will make the Reds decision even more difficult in when Cueto is ready to return.

He’s given up 3 HRs so far this season. Leake is in his 4th season with the Reds, and has won 8, 12, and 8 games in his first 3 season respectively. Those numbers are perfectly fine for any 5th starter in baseball.

END_OF_DOCUMENT_TOKEN_TO_BE_REPLACED

Comments Off on Bridging The Gap Or Fixing A Leake?

Reds left fielder Ryan Ludwick had to be taken off the field on Opening Day by trainer Paul Lessard due to a shoulder injury. He slid head first into Third Base and dislocated his right shoulder, tearing cartilage. The Reds will be without Ludwick for the next three months. Without his offensive production will the Reds stay atop of the National League Central. The OF hit for a 3 Slash Line .275/.346/.877 – with 26 HRs and 80 RBI in just 422 At-Bats in 2012. Ludwick signed a 2 YR deal with the Reds worth $15 MIL over the winter.

The Reds are off to a hot start with a 5-2 record with wins over the Angels, Nationals, and Cardinals.

Those are big wins to start out because on paper all three of those teams should make the playoffs.  It just so happened that on Opening Day against the Angels that the Reds left fielder, Ryan Ludwick, had to leave the game due to an injury.

When the injury occurred it didn’t look to serious, but when the x-rays were taken it showed that he had dislocated his shoulder.  Along with the dislocated shoulder Ludwick had torn cartilage in his shoulder and needed surgery.

END_OF_DOCUMENT_TOKEN_TO_BE_REPLACED 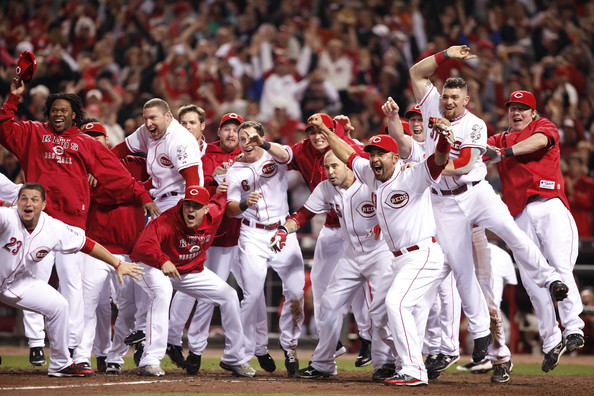 The core is as solid as ever and they could potentially add Stolen Base Threat Billy Hamilton to the arsenal of attack this year. The Reds will be a fast, entertaining team with lots of power from both hitting and defense.  The Reds feature a payroll that will range between $103 – 110 Million Dollars in 2013.  Other than Bronson Arroyo and Shin-Soo Choo, the whole team should be back again in 2014.  Will the fans continue to come in droves to the Great American Ball Park?  With 2 division crowns in the last 3 years, it seems likely.