Cleveland was one inning away from winning the World Series in 2017, knocked out the Boston Red Sox (who are the odds favorite in the AL currently) and have now added slugger Edwin Encarnacion to their lineup for 2017. Cleveland will also see AL MVP candidate Michael Brantley back to the roster for a full healthy year = after playing the majority of 2016 without his services. A great Pitching Staff, all around defense, combined with a well adjusted lineup, and cupcake Division to play in – and the Tribe should be the favorite to win the AL Pennant next campaign and not the Red Sox.

With the news that Edwin Encarnacion signing a 3 Year Deal Worth $55 MIL< and a Team Option for a 4th season that is $25 MIL – or a $5 MIL Buyout, the Indians have put themselves back into the lead as the favorite in the Junior Circuit.

So far, the oddsmakers don’t agree with that last statement, as the Red Sox are currently +475 to win the World Series – while Cleveland is listed at +700 to win the Fall Classic, but lets look at what Cleveland has going for it.

Michael Brantley is coming back (potentially fully healthy, and was a legitimate AL MVP candidate in 2014 and 2015.  Now to have him as a 3/4 tandem with EE, you are talking about a great heart of the lineup.

Jason Kipnis and Francisco Lindor are full value to kickstart the offense. Both guys are capable of playing all world ALL – Star campaigns upcoming.

Jose Ramirez can hit 6th for me any time.  Tyler Naquin held an .886 OPS in half a years worth AB en route to finishing 3rd in Rookie Of The Year Voting.

The club can fend enough offense in RF a Catcher to hit 8th and 9th.

Edwin Encarnacion would be just what the doctor ordered for the Indians lineup. A guy that can mash big Homers, drive in plenty of runs. This contract is so awesome for the timing of it all as the team could absorb the $20 MIL guaranteed AAV for the next 3 years.  EE will turn 34 on Jan 07, 2017, and is coming off a year where he slashed .263/.357/.529 – with 42 HRs and a league leading 127 RBI.He is a significant upgrade over the departed Mike Napoli.  His power will elevate the Cleveland lineup for the next 3 seasons.

Danny Salazar should have started the 2016 ALL – Star Game if injury hadn’t have prevented him from doing so. Corey Kluber can match up against Chris Sale and David Price of the Boston Red Sox.

Carlos Carrasco also has ace like stuff.  Trevor Bauer and Josh Tomlin are adequate back end of the rotation starters.

But the biggest reason why I prefer the Cleveland squad over the Red Sox is the path of resistance to the AL Pennant.  It all starts in a now easiest Division to win in the League.

Chicago and Minnesota are either rebuilding or just too young, whereas the Tigers and Royals are looking to dump payroll and trade some long term contracts.  Detroit has not said goodbye too many players yet (Cameron Maybin was a decent stick in 2016 for them), but that is maybe 2 teams giving some resistance.

Boston will have to contend with the Toronto Blue Jays, New York Yankees and Baltimore Orioles, all that had winning record in 2016 – and should at least put up a fight to the Beantowners.  The Tampa Bay Rays are no slouch either when it comes to Starting Pitcher or power.

Perhaps no club has had a worse winter in the AL other than the Texas Rangers.  Seattle is a good solid club – but is banking on Felix Hernandez and Hisashi Iwakuma to carry them pitching wise.  Houston’s Starting Rotation may be their downfall as well.

The Angels are better defensively but still have many questions to ponder whether they can even have a winning campaign upcoming.

Still none of these teams stand that much superior in their Division as the Indians do to their AL Central rivals.

No doubt Boston has talent in their lineup. however they have just lost David Ortiz out of their offense, and will hope the internal improvements of Andrew Benintendi, Blake Swihart – and newly arrived Mitch Moreland can help out cover the offense.

Rick Porcello is highly suspicious to duplicate his fine 2016 Cy Young campaign as well.  Chris Sale is an awesome pitcher but he did struggle in the last few months of the year.

David Price is an outstanding regular season pitcher – however is tormented by a horrible playoffs mark.

Did we mention yet that Cleveland beat the Boston Red Sox out in the ALDS this past year?

I am taking Andrew Miller and Cody Allen over  Craig Kimbrel – and any combination of Carson Smith and Tyler Thornburg as the main set up guys.

After signing Edwin Encarnacion. the Indians payroll projects to be around $120 MIL for 2017, yet I think the club might stretch out the payroll a bit more if they can see a spike in attendance figures.  This is a must considering Cleveland went to the World Series.

Boston is also still at the Luxury Tax Threshold, which the club is dying to get down under for a reset, so don’t look for them to add any more significant pieces extra this offseason now.

Yes Dave Dombrowski has the power to swing some deals throughout the year to add more dollars and players. yet I think with the AL East more competitive, I could see the team battling the Jays all season long.

Toronto could still add some more players in their own right, and be better 0n paper than they were in 2016.  The Orioles are going to be a tough lineup to plow through.

I honestly think the Boston Red Sox will miss David Ortiz more in 2017 than they will ever realize.

While on merits of team rosters – the teams are more equal, yet the strength of Division is the decisive factor in why I believe the Indians are the favorite to win the American League right now. 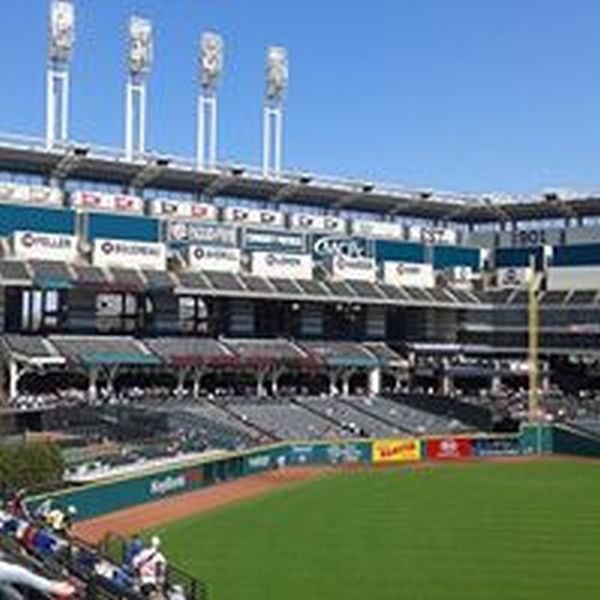 Come on Cleveland fans; pack the place like you did for the first decade of this parks existence. With the payroll skyrocketing to $120 MIL thus far, and a need to make some in season deals, the Tribe will need more fans through the turnstiles than the 1.5 Million fans did in 2016. Coming off a World Series Appearance. the Indians faithful needs to come back in droves to give the brass some financial freedom to make more maneuvers happen.