Edwin Encarnacion would be just what the doctor ordered for the Indians lineup. A guy that can mash big Homers, drive in plenty of runs. This contract is so awesome for the timing of it all as the team could absorb the $20 MIL guaranteed AAV for the next 3 years.  EE will turn 34 on Jan 07, 2017, and is coming off a year where he slashed .263/.357/.529 – with 42 HRs and a league leading 127 RBI.He is a significant upgrade over the departed Mike Napoli.  His power will elevate the Cleveland lineup for the next 3 seasons at least.

The Indians were our 4th best bet of the week last Friday at +1000 to win the Fall Classic in 2017.  Now with the Edwin Encarnacion contract signing, the club has jumped to +700.  We have just stated in a recent article today that they should not be below the Red Sox for odds to win the title next year.

Handicappers at the top of their profession always use the Strength of Schedule in their opinions, and with good reason.  One could go either way in dealing with the rosters of the Red Sox and Indians, but the biggest difference are the 76 Divisional games the Tribe plays against the Royals, Tigers, Twins and White Sox, where Boston must play the Jays, yankees,O’s and Raus 76 times.

It is also the biggest reason the Nationals will likely stay as our favorite value on the board all off season. The Mets are about the only real competition in the NL East that may provide a hindrance for the Washington franchise to reel in their 2nd straight NL East title.  Then it is – do you really think the Cubs should be a 3/1 odd favorite against the Nats in a NLCS matchup – no way.

We also love the Cardinals continuing to be a thorn in Chicago’s side for the 2017 year.  St. Louis was a 100 win club in 2015, and fought many nagging injuries in 2016.  Now they have a lot more healthy coming back in 2017, and a full year of Alex Reyes.  The Red Birds also signed Dexter Fowler away from the Cubs. +2000 is about a 6/1 odd from the oddsmakers for the Cards to win the NL Central.

If I were picking a World Series matchup for predictions today I would go with the either the Cubs/Nats vs the Indians today. While Chicago has a better roster right now. I would never list them as three times more the favorite than Washington is either.  Washington should be in the +700 range, and the defending champs should be more in the +500 range.  Boston and the Cleveland Indians should both be near +600.

I have said in previous years that you can never count out the ‘Zombie Cardinals”, as they are always in the playoffs (or like last year, eliminated in the final game.)  They could then win the Wild Card Game.  I would actually predict the Nationals will win more games than Chicago in 2017.  Should that happen. the Cardinals would play the Nats in the NLDS round.  You could always hedge a bet later to ensure profit.

Again we love Seattle  it is not hard to see how they could win the AL West if Houston can’t add to their Rotation. and then posts similar results to what they did in 2016.  Seattle has a nice collection of positional offensive players – with better Starters than the Astros. 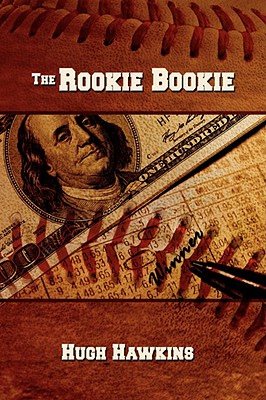