← The True Value of Dexter Fowler to the St. Louis Cardinals
DJ LeMahieu is How the Rockies Will Upgrade Their Pitching → 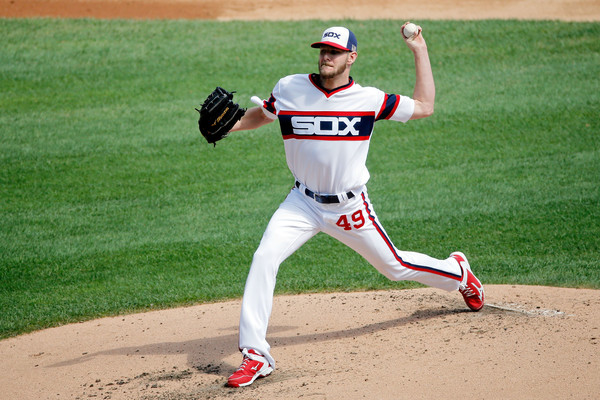 With the Chris Sale deal the Red Sox went fro co-favorites with the Indians t0 near the Cubs stratosphere for overwhelming odds on winners to take home the League Pennants in either league.

While I have no issue with these two squads holding the edge against the rest of the pack, it is just not that much of a discrepancy.

One may argue that the Nationals path of resistance is actually a lot easier than the Cubs for the Division.

The Mets Starting Pitching is suspect for health reasons, and there are holes all around the positional lineup when it comes to lack of a Centerfielder. and 3 men in the Infield who could suffer back injuries all year.

Here is the funny thing though. the Mets still made the WildCard play in game in 2016 despite all of the turmoil that presented itself.

Miami has taken a setback with the tragic loss of Jose Fernandez.  This will be felt in the standings in my opinion.

The biggest X factor is if Giancarlo Stanton could remain healthy for 145 Games, but odds dictate he will not, therefore this Division should be beat up pretty bad  by the Nats and Mets.

Atlanta and Philly are just a year away from solidly competing.

Detroit also went from an odd of +2500 to +3500 in 10 days, and that meant I put them in my favorite odds, from my least favorites in one week. As time passes, I am starting to think the Motown Boys will just stand pat on their Roster to begin the year. As currently structured, they are the 2nd best team in the AL Central, yet are behind the other 2nd favored clubs in other Divisions – Yankees/Jays/Rangers/Mets/Giants/ by double the odd here desp.) With the Royals potentially joining the Twins and White Sox on rebuilds (this may turn out to be the cupcake Division of the American League.)  Good value this week…Put some cabbage down!

Also with the news that Dexter Fowler inked a deal with St. Louis, this didn’t even move the odds needle a little closer between the Cubs and RedBirds??  Wrong…

No doubt the defending champions are ahead in all depth and talent rosters, however the odds should be more like +550 for Chicago, and the Cardinals should be ahead of the Giants/Yankees/Rangers for a shot to win the Fall Classic.

Washington continues to be my consensus favorite value play.  With an ace like Max Scherzer and 3 MVP candidates, 2 CY Young candidates, a Comeback player of the year,  a stud young pitcher in Joe Ross, and underrated chucker in Tanner Roark, and the oddsmakers are selling the Nats short. They should be tied with Cleveland around +850.

My biggest bone to pick with the oddsmakers putting the Red Sox at +475 is that they were +1000 before Sale was brought in.  Can we really project Rick Porcello to duplicate his 2016 season – and who is going to come in and rake like David Ortiz for the year.

The answer for the BoSox is probably a more spread out lineup, with full years from Andrew Benintendi and Blake Swihart, while the depth is still superlative – having that big of a jump is usually not common place that quickly.

It is also possible that the Jays could still swing a few roster additions to narrow the gap in the next few weeks to months.

If they ended up re-signing Jose Bautista or Edwin Encarnacion, the odds for them would definitely increase.  The franchise could also play Steve Pearce at 2B, or OF himself in that event.

EE or Joey Bats could still play the field for one more campaign.

With having to pick 5 worst odds on either side of the ledge, the Cubs and Red Sox were put in because these guys had the rest of the league handicapped perfectly.

The Pirates, Royals and Rays all saw their odds plummet to big time longshots from a couple of weeks ago, thus illustrating the markets fluctuation on the new CBA holding bad news for those franchises.

For the love of me, I still don’t get the love for Texas here either.   They are not spending any money, have lost several players already, and Seattle and Houston have been filling their holes on their squads all winter.  Both of whom are on our best bets list.

The Dodgers are placed on the bad value list as well because of the fair odds posted this week.

They did re-sign Kenley Jansen and Justin Turner, although I think against the Cubs they are big underdogs, and given the Nats with a healthy Bryce Harper and Stephen Strasburg,

I would pick the Nats in a series over the Dodgers.

If Los Angeles does keep adding players despite a big surcharge of penalties, I will rank them higher.

← The True Value of Dexter Fowler to the St. Louis Cardinals
DJ LeMahieu is How the Rockies Will Upgrade Their Pitching →