The San Francisco Giants Should Sign Matt Wieters, Play Posey At 1B + Belt In LF 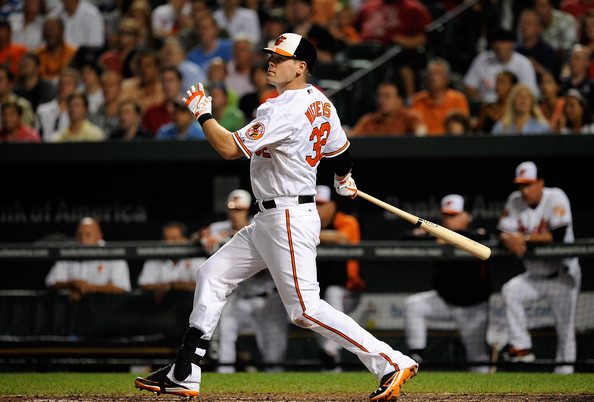 Matt Wieters accepted the 1 Year Qualifying Offer with the Baltimore Orioles last year – and he played his first full campaign since 2013. At Age 30, he is still a decent Catcher both offensively and defensively. I first came up with this idea a few years ago, but Posey was still putting world class numbers out of the backstopper position, and they had several Outfielders on the depth chart. Now.there is an opening beyond the grass, so Brandon Belt could move there – freeing up Posey to play First Base – and the team to sign Wieters.

The Giants are one of the best franchises at fostering their home grown talent.  It has culminated in 3 World Series from 2010 – 2014, and the franchise has several of its core players locked up for the next 3 – 5 years.

With the recent news of the Luxury Tax Threshold penalizing the Dodgers something fierce for obliterating their payroll, the NL West has come back to the Giants to win – considering the LA squad has taken down 4 straight Division Titles.

San Francisco started the process of healing their Bullpen this winter. by forking out some big dollars to secure Closer Mark Melancon ( 4YRs/$62 MIL).  There is still a long way to go in shoring up the Relief Core, but they should have the funds to do it.

Which brings me to my next point.  Beyond the suspicion that Eduardo Nunez may not be a great long=term fit in the Bay Area, the Roster is pretty secure in the rest of the lineup – except for say the LF position.

There are not a lot of prime Free Agents on the open market that can play the OF.  Michael Saunders will cost too much money…Angel Pagan..well the Giants should just say no…Colby Rasmus…yikes…Brandon Moss….um….should be a 1B/DH type in the American League.

As for the depth chart currently for Bruce Bochy‘s squad…..Mac Williamson, Jarrett Parker and Gorkys Hernandez…Not sure that cuts the mustard on a playoff caliber squad. 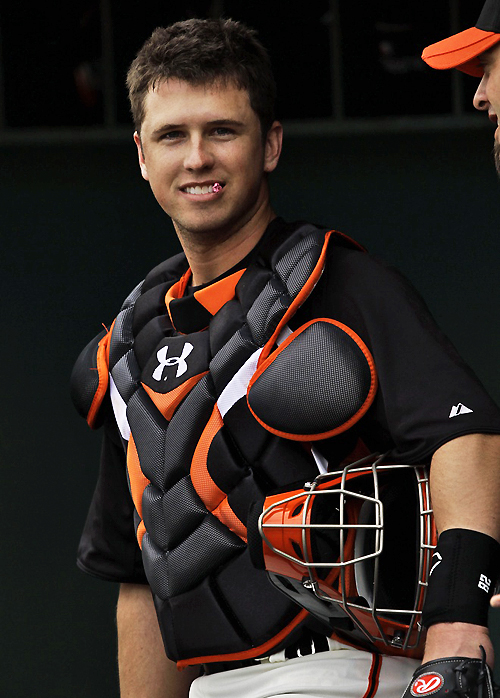 Yes Posey is a Gold Glove Award winner, however at a $21 MIL a year annually salary, you need to keep this guy off his knees, and to capitalize the use of his offensive power. Matt Wieters is a great defensive backstopper – who has some pop in his stick. Brandon Belt is also a great stick – who cracked 66 Extra Base Hits – and a tidy .864 OPS, but he also knocked just 17 HRs out of the yard. 2016 represented the 1st time ever that Posey didn’t crack the .800+ OPS barrier in his career. Unfortunately I think this trend will continue in the coming years – and that will not be good for his game.  A permanent move to may help.

Matt Wieters is a nice defensive Catcher in his own right – having won 2 Gold Gloves prior to having Tommy John Surgery.  The 4 time ALL – Star is the premier backstopper left on the open market.

By also adding Belt to be the Starting Left Fielder, you can also use the other guys on the Depth Chart, as backup for Hunter Pence – who has logged more time on the Disabled List – compared to actually playing in the field the past 2 campaigns.

You can still play Belt at 1B/and Posey at DH for the 10 American League Games they work in too.

The greatest part about this concept is that the Giants are full of professional hitters.  There doesn’t have to be one outstanding thunderous stick in the lineup.  Still – you would like to see Buster Posey log 140 – 150 Games a year from this point forward.

Think even if Wieters only plays from 120 – 130 Games.  Posey could Catch one game a week to give him a rest.   If any injuries occur, the ability to play multiple positions still works.

You have to think on the NL upper echelon teams like the Cubs/Nats and Cardinals all having guys who can play more than one position.  This move would also allow the club to carry 3 Catchers (with Trevor Brown as the true backup).

It would be nice to dream up a trade involving a guy like J.D. Martinez, however that requires prospects that would cost more.  Wieters at least doesn’t cost a Draft Pick to sign.

The team needs to move past Posey catching at some point, and this may be the best year for them to find a replacement.  Sure Jonathan Lucroy will be out there next winter, however he is the only viable guy – and will cost more money – and certainly Draft Pick Compensation. 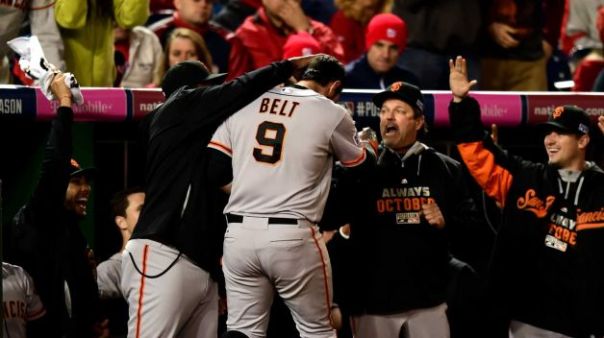 Brandon Belt has improved each of his full seasons at the plate and in the field, however the Giants have got to consider moving Posey from behind home plate to take on 1st base on a more permanent basis one of these years. With the LF position is not as strong for depth, or on the open market, and the club creeping up to their limit in payroll already, adding Matt Wieters would make the most sense fiscally.  Sabean and Bochy then could allocate the rest of the budget towards late inning arms. Belt is has $72.8 MIL left on his contract that pays him through the 2021 year.