The Giants have won the World Series in 2010, 2012 and 2014 recently. A lot of the core is still intact for 2016 – and they added Johnny Cueto, Jeff Samardija and Denard Span as key Free Agency overs the winter, while the Dodgers may not be as formidable in 2016 either.  The Giants finished the 2015 season a disappointing 84 – 78 – which continued their odd year curse. Already at about a total team salary of $176 MIL in 2016 – with an AAV of about $189 MIL – and may be over it before the season ends.  They would just be 1st time abusers, so they should go for it if a deal can be struck to improve the club.

Yep.  The Giants are heading into an even year this decade – and will try for a fourth time in a row to become World Champions.

The 1st thing we look at when it comes to payroll is how much a team has in guaranteed contracts.  This franchise is looking at $176 MIL in 2016.

Jake Peavy, Angel Pagan, Santiago Casilla and Javier Lopez are on the last year of their individual pacts and are not on the payroll beyond this year.

Brian Sabean may consider this when he makes some midseason moves for guys who may be on the last year of their contracts elsewhere.

The Giants spent almost $40 MIL on Disabled List stints in 2015 – and it may have cost them a chance to make the playoffs.

San Fran has a chance to win 4 rings in 7 seasons, and should not be dissuaded from going over the $189 MIL Luxury Tax Threshold either.  The club has paid off all of its debt – and is raking in the cash.

The Giants routinely sellout AT & T Park, and will continue to do so.  This venue is considered the #1 stadium by most of the percentage of people who have seen all 30 MLB Parks.

Bumgarner is the latest ace of the franchise to arrive to the organization that was drafted by the club. While it is unlikely he will pull down a Cy Young Award with Clayton Kershaw residing in the same League, the 27 Year Old LHP has established himself as a premiere playoff performer.  Sabean had the smarts to lock him up through the 2019 season back before 2014, meaning San Francisco will have considerable value for his return based on his contract the next 4 campaigns.  Which is great the wa  Matt Cain’s deal has gone.

Matt Cain‘s 2 years remaining for sure with the team – and will cost a minimum of $49.5 MIL.  This is not looking so hot, but it is offset by the value Madison Bumgarner‘s deal.

MadBum will only make $35.5 MIL over the next four years, which is an absolute steal.

This club has to spend money to compete with the LA Dodgers.  Last year the Giants edged just underneath the Luxury Tax Threshold of $189 MIL – with a mark of $187.1 MIL.  The organization will likely spend somewhere near that clip again in 2016.

Perhaps they will still re-sign Tim Lincecum to a one year deal with a lot of incentives attached to it.  Although I am thinking they would rather see him as a late-inning arm, and he may want to Start.

This team now has $155 MIL on the books for 14 player contracts in 2017 – and would be without their top 3 Relief Core chucker.

Brian Sabean has been the architect behind the Giants brilliant 6 year run. His attention to building a Pitching Staff has to be noted, with several winning draft selections, mixed with key Free Agent signings, and waiver claims.  If he acquires any additional players in 2016 – it will put them over the Luxury Tax Threshold.  A penalty of 17.5% will be added per $1 spent.  This should not prevent them with San Fran being one of the richest franchises.

The team signing Denard Span (3 YRs/$31 MIL guaranteed, or 4 YRs/$39 MIL) was brilliant.  This does give them an effective 3 OF (Pagan, Pence and Span  -with Blanco and Belt having the ability to also play LF) – and in particular when you see Pagan and Pence spent so much time on the DL last year.

With Cain eventually coming off the books (after 2017 if the team declines his 2018 Option), the club also needs to position itself beyond that year without him.

Inking both Johnny Cueto (6 YRs/$132 MIL) and Jeff Samardzija (5 YRs/$90 MIL) was made possible by the awesome AAV they have on Bumgarner.

They are also going to be playing against Clayton Kershaw for the next half a dozen years or so too.  A #1 ace is essential.  With these 3 guys in the fold, all have capable talent to be #1’s.

The Giants are probably going to be over the Luxury Tax Threshold already – even with the few MIL they save on Posey’s AAV being around 18.2 MIL and his 2016 sum being at $20 MIL.

The Giants are drawing well over 3.5 Million Fans per year, and another championship run in the next four years is possible with Posey, Bumgarner, Cueto, Samardzija Pence, Panik, Span and Brandon Crawford all being on the teams payroll until at least 2019.

Really the 2016 winter going into 2017 will consist of the team trying to find more Bullpen help by signing their own pending Free Agent guys, or looking on the open market again. 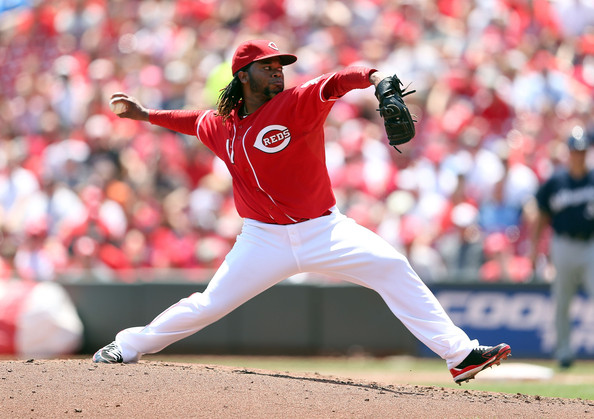 Sergio Romo, Javier Lopez and Santiago Casilla are all on the last year of their contracts. With one of the best Bullpens still in the game for 2016 – the club should allocate 2016 winter dollars towards Relief help in going forward.  Others in the last years of their deals with the club are Angel Pagan and Gregor Blanco.