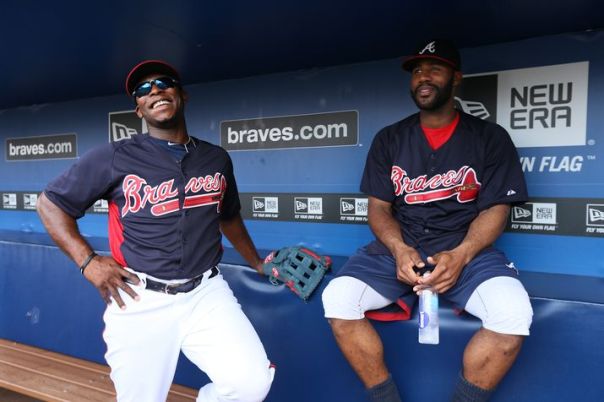 With the free agent market taking shape, no two hitters are more interesting in terms of their talents nor their age as former teammates Jason Heyward and Justin Upton.

I start up the hot stove on this episode of The Sully Baseball Daily Podcast.

END_OF_DOCUMENT_TOKEN_TO_BE_REPLACED

How To Fix The M’s For 2016: Seattle Mariners State Of The Union

Seattle was a lot of peoples pick to win the American League in 2015. A 76 – 86 season record ensued, causing the franchise to fire their GM and coach. Now with a tough AL West to contend with in the near future, we look on how the M’s may go about their business this fall.

The Seattle Mariners made a lot of prognosticators look bad this year (including yours truly).  Of course the Washington Nationals also did as well. Yep..Guilty again.

It was a good thing I put some money on the Blue Jays to win the World Series in preseason, and then hedged against them in the ALCS with KC.  I was  also fortunate enough to go 9 – 4 with my prop bets as well, and did decent in picking the Mets over the Dodgers in Game 5 of the NLDS, then win over the Cubs, otherwise I would have taken a beating for the year.

Anyways, enough about me, how about the 76 – 86 Mariners?  This team dropped 11 wins from the 2014 campaign, and it looked ugly on them. END_OF_DOCUMENT_TOKEN_TO_BE_REPLACED

Posted in MLB Payroll and Contracts, MLB Teams State Of the Unions

The 2015 season is over and it is time to start planning for attending games in the 2016 year.  This is our third straight year of posting all of the Season Openers for all of the parks.

I have been fortunate enough to see home openers in 8 different parks already in the last 4 years.

We will update this post at the end of January when all of the times will be posted.

As of right now, there is no teams listed for the MLB Season Opener on Sunday Apr.3, 2016, so one of the 30 home opener dates posted right now will change.

We have also provided 30 links to all of the best chaser guides for the stadiums.  This will aid you in making your travel plans for the 2016 season.