Times are all local when the game starts

Posted in MLB Scheduling 2014, The Rest: Everything Baseball

Enough With PED Users Being Rewarded! Peralta Signs For 4 Years With St. Louis

For those fans that may not think about it very much, every time a PED user is gaining an advantage with the crap they are ingesting or shooting them, they are talking away another guys opportunity to make the big leagues.

The Cardinals signed Jhonny Peralta to a 4 YR/$52 MIL deal yesterday.  I am not certainly not faulting the St. Louis for conducting business the way they have to.  They are just following the rules.

What I am choked about is how an offender of the drug policy, can just resume his career, and double his last contract with no real consequences.

It is absurd on so many levels…

END_OF_DOCUMENT_TOKEN_TO_BE_REPLACED

Comments Off on Enough With PED Users Being Rewarded! Peralta Signs For 4 Years With St. Louis

Brian McCann Signing Proves The Yankees Are Not Thinking About A Rebuild: Try A Reload! 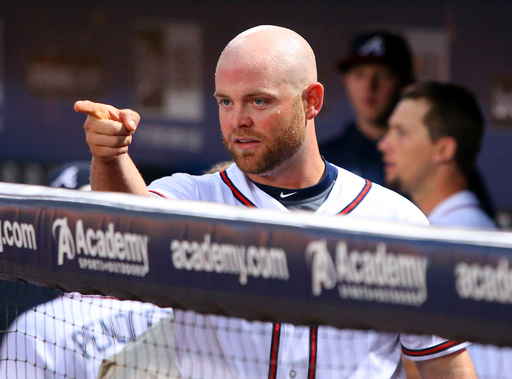 The near 30 Year old McCann has clubbed 20+ HRs in 7 of his 8 seasons, including smacking 20 in 2013 – in just 356 AB. His Career 3 Slash is .277/.350/.823. McCann could also be used as a DH by the team to maximize his AB. McCann will be the best offensive Catcher in the Bronx since the days of Jorge Posada. Each one of the Yankees dynasty’s  at World Series Titles have had great Catchers.  New York has set themselves up nicely for the 2014 year.  They must now wait on the Alex Rodriguez hearing before they can set how much money they can spend next campaign.

For those people who thought the Yankees were going to begin a rebuild project in the Bronx, forget about it.

This is the 27 time World Series Champions way of saying, “we intend to be around for a long time.”

The Yankees will still try to come under the $189 Luxury Tax Threshold, but that doesn’t mean they wont finagle around it with the Free Agents they bring in for next year.

Brian McCann was just the 1st strike.  Count on them bringing back Robinson Cano, and at least 2 Starting Pitchers.

END_OF_DOCUMENT_TOKEN_TO_BE_REPLACED

Posted in Free Agency, The Rest: Everything Baseball

Comments Off on Brian McCann Signing Proves The Yankees Are Not Thinking About A Rebuild: Try A Reload! 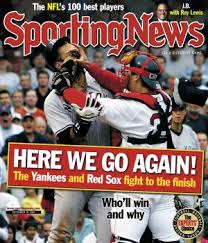 It is THE SUNDAY REQUEST on today’s episode of The Sully Baseball Daily Podcast.

Sure there is some East Coast Bias.
It might not be as strong as you would think. And it may also be somewhat justified.