A Dark Horse Is Emerging To Possibly Make The Braves Rotation

J.R. Graham has seen some relief duty in Spring Training for the Braves – appearing in 4 games, pitching 7 IP without allowing a run. The 23 Year Old has fanned 4 batters and has 2 Saves so far. The Braves have one of the best Bullpens in the Majors

And while I believe Teheran is a very talented kid with a lot of up side, there has also been another name emerging in Braves camp this spring that could make for an interesting potential battle for the 5th spot in their Starting Rotation.

That young pitcher would be a guy by the name of J.R. Graham. A 6’0 tall, 185 LB – hard throwing Right Handed Pitcher. Graham may be a little less recognizable than Teheran but he has the ability to light up the radar gun – having been clocked at over 100 MPH on several occasions.

Julio Teheran was ranked #4 by Baseball America in 2012. A subpar year in Gwinnett – coupled with a less than stellar stint with the big Atlanta club, has him now only ranked #31 in 2013.

Although hype and name recognition often rule the roost in sports these days, I still believe that statistics over rule “potential”. I want a guy who can produce on the field and who has proven he can do so. Now I’m not going to make the case that J.R Graham is a far and away better starter then Julio Teheran but what I want to lay out is a few facts that show we could have a closer race for that 5th spot in the Atlanta rotation then many would assume.

When you look at both players 2012 stats you will see that Graham has the edge in several important categories. Now before I even start I know a lot of people will say that Teheran was in AAA for 2012 and Graham was still only in AA. Now the competition is surely different between AAA and AA but I don’t believe it is so different that we can’t draw comparisons from it.

The first thing I took notice of is the record. A far better winning % from Graham in comparison to Teheran. The ERA is also more than 2 runs per 9 Innings better. Both pitchers made 26 Starts so the data sample is pretty much the same.

So it appears that in equal starts we are getting more bang for our buck with JR Graham. 17 more Innings over 26 Starts doesn’t seem like a lot but that could be 17 less Innings your Bullpen needs to eat up – and that 17 Innings is easily converted over to the amount of 2 starts of 8.5 innings a piece. As you can also see Graham allows 2.5 hits less per 9 IP – and also allows less than half of the Home Runs. Again these numbers seem pretty insignificant but when you stretch them over the course of the entire season you could see some considerable differences.

Nothing overly alarming here but we can see that Graham averages almost a full walk less per 9 IP and has identical Strikeout numbers to Teheran which has always been Julio’s strong suit.

Numbers don’t tell the whole story here, nor will they ever with any sports situation but as I mentioned before I will always favor the numbers in a toss-up situation. Both of these pitchers have electric fastballs which can hit into the high 90′s on the radar gun with Graham actually being clocked at 102 MPH during this spring. Now whether that radar gun was entirely accurate is up to you to believe or not believe but regardless he’s pushing triple digits with the heater.

Both of these guys have a lot to prove this spring training and my hope is that the Braves won’t unfairly gives this job to Teheran just because of hype or his ranking as their top prospect. I think J.R. Graham could really help this team at the back end of the rotation and if not there as a possible arm in the bullpen later on in the year. 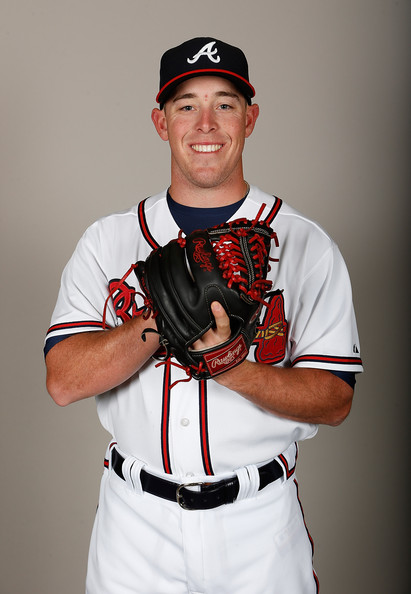 A big thank-you goes out to our ‘ Guest Braves Writer’ Bob McVinua for preparing today’s featured article . Bob loves the Atlanta Braves. He writes a blog covering the team, so check it out.  Bob is a believer that hard work and dedication will get you anywhere you want to go.  http://braveschoptalk.wordpress.com . Follow Bob on Twitter and talk about the game of Baseball Follow @tomahowkchop95 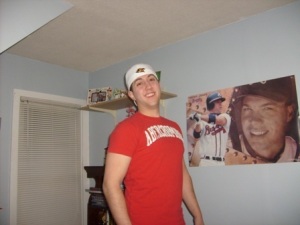