A Dark Horse Is Emerging To Possibly Make The Braves Rotation 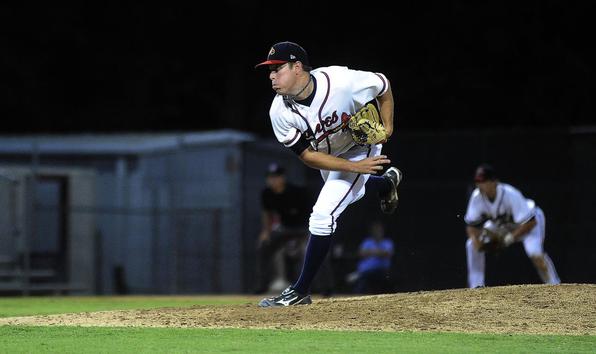 J.R. Graham has seen some relief duty in Spring Training for the Braves – appearing in 4 games, pitching 7 IP without allowing a run. The 23 Year Old has fanned 4 batters and has 2 Saves so far. The Braves have one of the best Bullpens in the Majors

And while I believe Teheran is a very talented kid with a lot of up side, there has also been another name emerging in Braves camp this spring that could make for an interesting potential battle for the 5th spot in their Starting Rotation.

That young pitcher would be a guy by the name of J.R. Graham. A 6’0 tall, 185 LB – hard throwing Right Handed Pitcher. Graham may be a little less recognizable than Teheran but he has the ability to light up the radar gun – having been clocked at over 100 MPH on several occasions.