Note from Chuck Booth:  I am attempting to bring the history for each of the 30 MLB Franchises into a 5-7 part series that will focus on 1. The teams history.  2. The hitters 3. The pitchers. 4. The Teams Payroll going into 2013 and 5.The Ball Park that they play in. (The stadium articles will all be done next summer when I go to all of the parks in under a month again.)  Be sure to check my author page with a list of all of  my archived articles section here.

Today’s Part 2 Feature of the Blue Jays Franchise will be written by our Baseball Writer Alex Mednick.  To do this franchise series service, Alex has studied this club a lot more than I have in the last 20 years and will do this article better justice for you the reader!

Note from Alex Mednick:  Chuck Booth offered to me the opportunity to step in to his Franchise Series and cover the Blue Jays history from 1994-Present. I gladly accepted the honor.

In Part 1 of this series, Chuck covered the Blue Jays history from their humble beginnings at Exhibition Stadium in 1977, through the glory years in the late 80s and early 90s.  The story dropped off right after the Blue Jays won back-to-back World Championships in 1992 and 1993.  We closed the books with the walk-off winning home run by Joe Carter to win the World Series, and the parties and celebrations that were to follow across Ontario, Canada.  I will pick it back up at the beginning of the 1994 season, when the Blue Jays had high hopes to win a third consecutive world championship.

(Scroll Down Past the Links or Click the READ MORE OF THIS ENTRY ICON.)

END_OF_DOCUMENT_TOKEN_TO_BE_REPLACED

Melk! It’s Good For Your Outfield: Where Does Toronto’s New Outfield Stand? 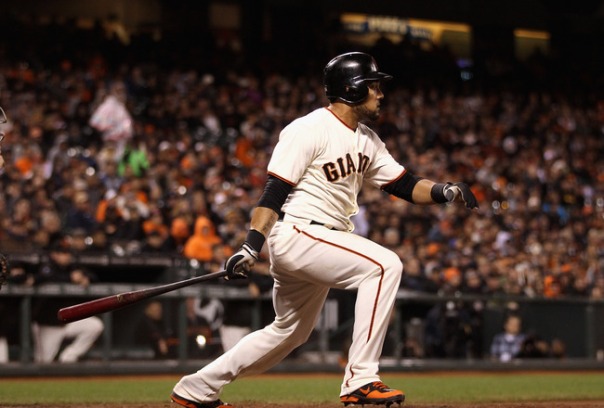 Since the Blue Jays and Marlins blockbuster trade, there has been a lot of discussion about Jose Reyes, Josh Johnson and Mark Buehrle.  Jose Reyes is going to have an amazing presence at the top of the lineup, getting on base, steal bases and playing beautiful shortstop on the left side of the infield with Brett Lawrie for the Blue Jays ground ball pitchers. Josh Johnson and Mark Buehrle immediately make the Blue Jays rotation a top rotation in all of baseball by being inserted in. Effectively, they got two top of the line starters to create an elite rotation that makes them serious contenders.

END_OF_DOCUMENT_TOKEN_TO_BE_REPLACED

Comments Off on Melk! It’s Good For Your Outfield: Where Does Toronto’s New Outfield Stand?

Note from Lead Writer Chuck Booth:  Just to be fair on this whole John Gibbons hire, I am posting this article written by my fellow colleague/Baseball Writer at the MLB Reports) in order to give a different vantage point.  Alex is a Blue Jays fan, so he has a passion for the team.  His thoughts are of his own and while I may not agree with his opinion, that is okay.  That is why we all have our own minds and are not all sheep!  So here is his article (based on a question he answered on my previous piece this morning.)

The Blue Jays have not qualified for the Playoffs since they won Back to Back World Series in 1992 and 1993. Only Pittsburgh and Kansas City and Toronto have not made a playoffs appearance since the 1994 strike. Will 2013 be any different with OLD/NEW MGR John Gibbons?

I responded to our Lead Baseball Writers Message about not liking the Gibbons hiring in this article earlier today here.

It was, frankly, my initial reaction as well..I was not pleased when I first read this news about Gibbons.  I think AA also realizes the consequences of spending his bosses money and then making a poor decision.  If it does not pan out, it could mean his job…AA is not untouchable, even though there has been a  demi-god status applied to him.  Bosses don’t like when you squander their money…period.

But for some reason I am intrigued by this hiring.  I was absolutely fed up with the Ricciardi/Gibbons regime, and thought that they should have been fired 2 years before they were.  But Gibbons acted largely as the puppet of an egotistical, and nonsensical J.P. Ricciardi, which I can attribute to a lot the reasons he was criticized.  There is no doubt, even though managers do not take any at bats themselves, they have a large impact on the team.  Look at Bobby V and Boston.

I think that Gibbons was a stooge for JP Ricciardi and that is part of why he is so attractive to AA.  AA actually stated during the hiring process he was looking for someone who could fall in line with his and the organization’s theory.  Farrell was the opposite of that, a free thinking executive type, who also seemed disinterested in the organization as a whole.  He didn’t take the job seriously. 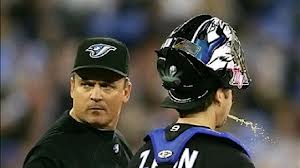 “At first, I was not happy with the signing, having thought about it a little more, lets give it a shot.” Alex Mednick

END_OF_DOCUMENT_TOKEN_TO_BE_REPLACED 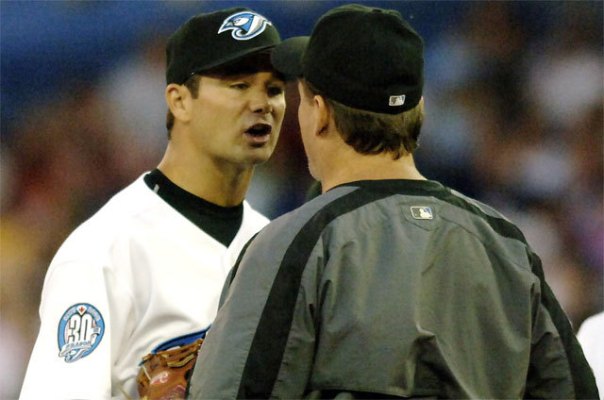 I would never want to re-hire a manager that has 0 playoff appearances when the current club is going to be graded on exactly that.  The Jays will have a serious ‘PR’ nightmare if this hire does not work out.  No one would have faulted AA for hiring a manager with playoff experience.  If those guys aren’t available as your top choice, at least bring in someone fresh that has not tasted failure for the club.