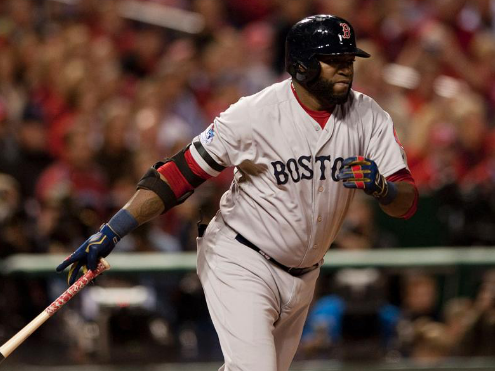 So here it is again in the Playoffs with St. Louis facing elimination.  The club is 8 – 1 in their last 9 elimination games (Game 7 of the 2012 NLCS is the only defeat (SF Giants – suffered in that realm since 2011.)

I think they can stave off being sent home on Wednesday as well.  It would be really good for the game of Major League Baseball if we could have another Game #7.

While I don’t like the Red Sox (as a NYY fan) – I respect them, and David Ortiz is one of my favorite players in the game today.  What he is doing is incredible.

Pick Off Move To End Game #4

END_OF_DOCUMENT_TOKEN_TO_BE_REPLACED

It is the Sunday Request for The Sully Baseball Daily Podcast!

My thoughts on blackout rules, television regions and the future of watching baseball.

All five of these Cardinals are absolutely well deserving of the honor to be called National League All-Stars. These five players are crucial to the success of the St. Louis Cardinals have lived up to the pressures that lie with being a St. Louis Cardinal. They always seem to find a way to get the job done and be respectable leaders in the club house. With these guys around, the future of the St. Louis Cardinals is very bright. The Major League Baseball All-Star Game can be seen on FOX, Tuesday night at 8:00 PM ET.

One week ago, Major League Baseball released the rosters for the 2013 MLB All-Star Game, which will be held in New York City.  On the roster for the National League are five members of the St. Louis Cardinals, the most representatives by any single team for the 2013 mid-summer classic.

So far, 2013 has been a phenomenal year for the Cardinals, heading into the All-Star Break with the best records in all of baseball. So, obviously, some things have gone right for this team.

These five players have been crucial to the success of the St. Louis Cardinals in 2013 and are well deserving of their spots in the game.

END_OF_DOCUMENT_TOKEN_TO_BE_REPLACED

Will The Cardinals Repeat?

John Burns: The season for the reigning World Champions the St. Louis Cardinals has been one filled with surprises.  With one of the biggest surprises being long time Cardinal Albert Pujols leaving the franchise to sign with the Los Angeles Angels.  In an attempt to replace Pujols, the Cardinals re-signed veteran outfielder Carlos Beltran. Although Beltran is not Albert Pujols, he is having a very good season for St. Louis with 28 HRs and 86 RBI. Nobody expected Beltran to play this well and basically be matching Pujols numbers.

As of September 1st, the Cardinals have a 72-61 record and are in possession of the second NL Wild Card Spot. We all know the story of the Cardinals last year when they got hot and never looked back-until they were holding up the World Series trophy. They are in a very similar situation this year, (as they were last year) by being in the hunt for a Wild Card spot. This year’s Cardinals squad is not the same as the 2011 World Series team version. With Tony La Russa, Chris Carpenter, Lance Berkman, and Albert Pujols all gone or injured, the Cards have a different look.  All three of those players played a major significance in the Cards winning the World Series in 2011.

END_OF_DOCUMENT_TOKEN_TO_BE_REPLACED

Comments Off on Will The Cardinals Repeat?