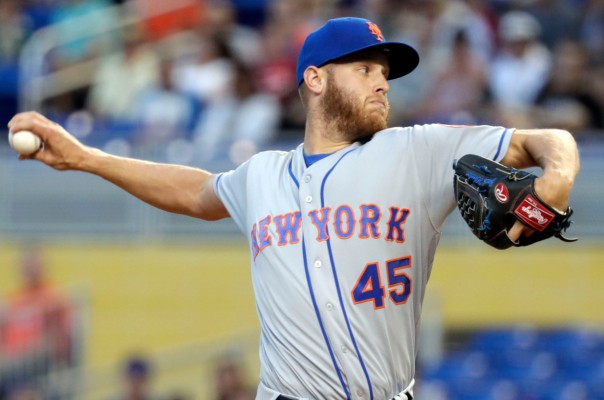 Zack Wheeler allowed 2 hits, 1 run and 1 walk over 7 strong innings, striking out 7 Marlins and earning the 4-1 win for the red hot Mets.

Javier Baez homered twice, driving in 4, to lead the Cubs past Pittsburgh, 13-5.

Gary Sanchez got 3 hits, including a pair of homers to give the Yankees a critical bounce back 10-7 victory over Boston.

Jarlin Garcia threw 6 no hit innings, walking 2 Mets and striking out 3. The Marlins bullpen would lose the no hitter and eventually the game, 4-1.

Buster Posey got a pair of hits including a game tying 2 run homer. The Giants bullpen would falter and Arizona took the 7-3 game.

Danny Duffy pitched into the 6th, striking out 7 Mariners in 5 1/3 innings while giving up one earned run and one unearned run. The Royals would go on to drop the 4-2 final.

Alex Bregman went 4 for 6 with a homer and a pair of runs scored but the Astros saw the Twins walk off against them, 9-8.